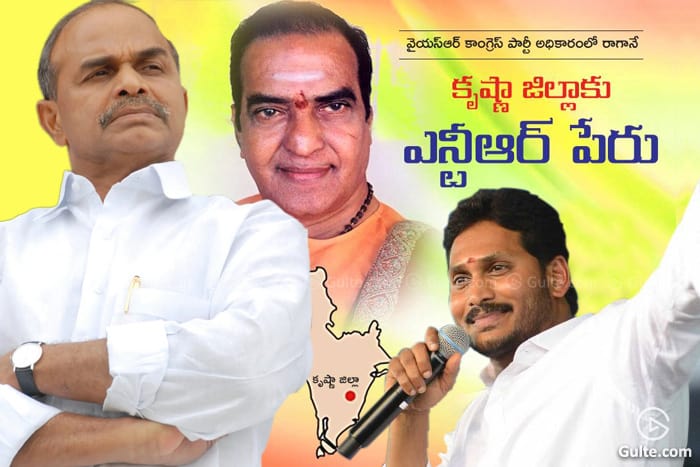 During the 2019 election campaign, CM YS Jagan had promised to rename Krishna district after the name of legendary NT Ramarao. Given that NTR was the founder of Telugu Desam Party, the principal opponent of Jagan’s YSR Congress Party in the state, this promise of Jaganmohan Reddy had become a huge talking point then during poll campaign. In fact, along with NTR fans, many in the district had welcomed Jagan’s promise back then.

As Jaganmohan Reddy administration is now seriously contemplating to form new districts of AP and even formed a committee headed by chief secretary Nilam Sahwney to study the proposal to create new districts recently, the issue of renaming Krishna district came into the fore.