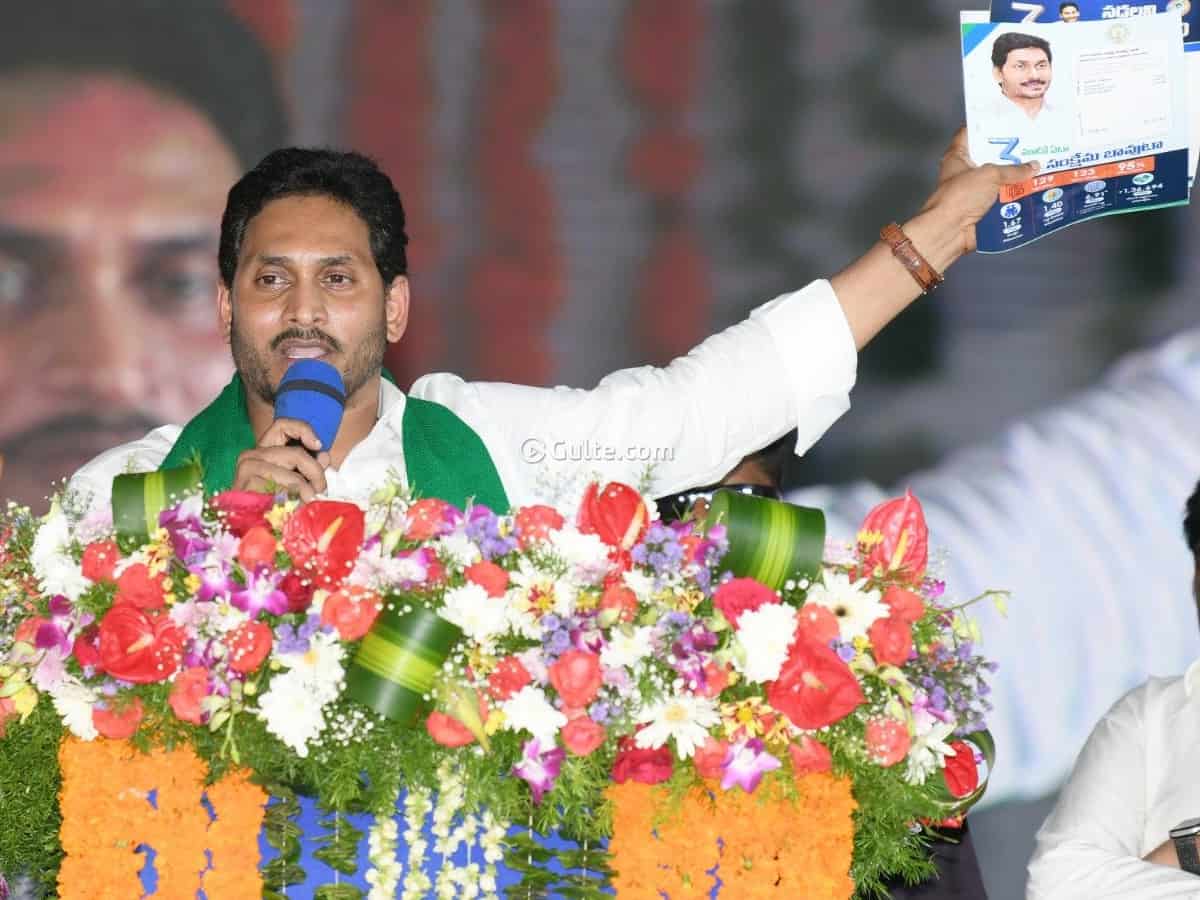 “Where was Pawan Kalyan during TDP’s tenure? He did not question Chandrababu and so did Eenadu, Andhra Jyothy and TV5. I appeal to the people to notice the difference between my government and the previous government,” said Jagan.

On the scheme, Jagan stated that over the last three years, just over half a crore farmers received Rs 23,875 crore through YSR Rythu Bharosa – PM Kisaan and the amount was directly credited in farmers’ bank accounts with absolute transparency. Never before has any state government provided such huge financial assistance to farmers in AP. The first installment was Rs 3,758 crore and it was credited in 50,10,275 accounts of farmers and their families. CM Jagan said that the crop investment is being credited before the start of kharif season works and the YCP government is implementing the farmer assurance scheme regularly as per the prescribed calendar. 31 lakh farmers have benefited from free crop insurance.

Criticising the previous TDP government, CM Jagan said Chandrababu has no right to talk about farmers. “There is no discrimination against any farmer in implementing this scheme even those who hail and support TDP. There is good work to be done whether you vote or not. We are also buying at a support price for crops not declared by the government of India,” remarked Jagan.

He said there was no drought in the state in the last three years. Production of food grains increased to 16 lakh tonnes. The TDP government paid only Rs 782 crore in five years for interest-free loans while Rs 1,282 crore was paid by the YCP government. We pay compensation in the same season for losses incurred in any crop season.

On Jana Sena chief’s Rythu Bharosa yatra, Jagan made notable comments. “Chandrababu’s adopted son (indirectly quoting Pawan) is on a tour. He could not show a single farmer who received compensation from the state government. The adopted son was nowhere and did not question Chandrababu when it was needed,” commented Jagan.