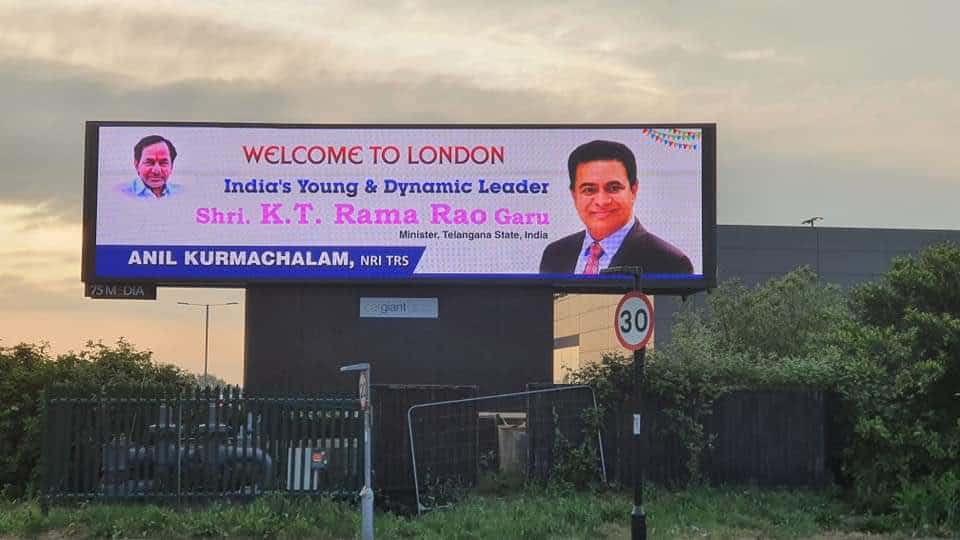 Telangana IT minister KTR landed in London as part of his three days visit to the United Kingdom. KTR will attend the meetings being organised by UK India Business Council (UKIBC) and this is his second overseas tour this year.

In London, KTR was grandly welcomed by the NRI Community and TRS NRI wing. Hoardings welcoming KTR were also set up at a few places while the TRS supporters mobbed KTR for a selfie. Overwhelmed by the reception, KTR took to social media to thank the TRS NRI wing.

Also KTR travelled in a car that is really special. The number plate of the car is registered as ‘TR51 KTR’ which is loosely translated as TRS and KTR. This vehicle was arranged by Ashok Goud, President of the NRI TRS UK wing.

From London, KTR will be flying to Davos to take part in the World Economic Forum 2022. KTR is likely to return to Hyderabad on May 27th.