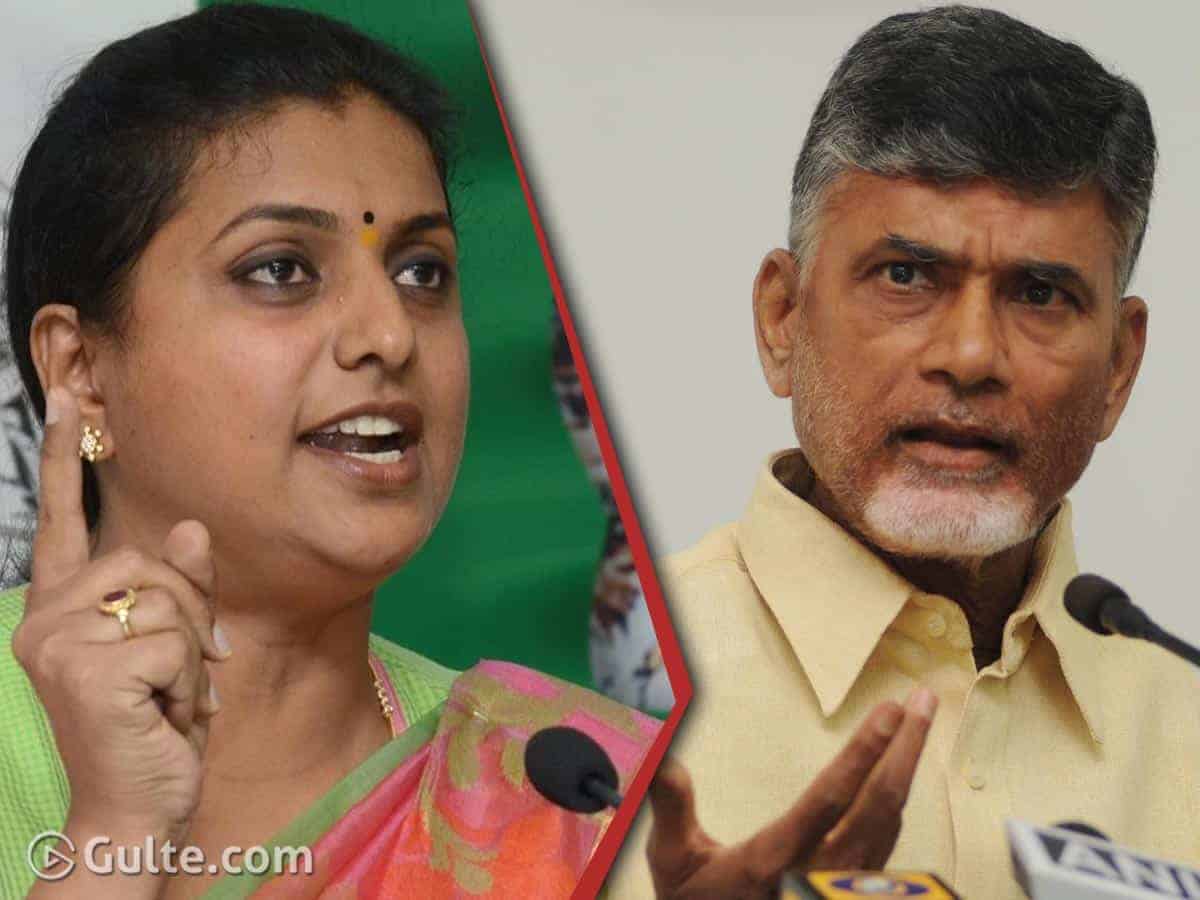 Elections are two years away but the political atmosphere has already heated up what with the ruling YCP undertaking ‘Gadapa Gadapaku Mana Prabhutvam’ and the ministers doing ‘bus yatra’ to various constituencies. On the other hand, the TDP boss N. Chandrababu Naidu is also touring the entire state and participating in road shows.

The ruling and opposition parties are trading barbs against each other increasing the political heat further.

Minister RK Roja worshipped Lord Venkateswara at Tirumala and later speaking to the media, she said that YCP would face the 2024 elections with ‘Quit Chandrababu, Save Andhra Pradesh’ slogan.

She said that Chandrababu’s remarks against Chief Minsiter Y.S. Jagan Mohan Reddy in Kadapa on the development works taken up in the state lacked logic. “Witness the difference between development in Pulivendula and Kuppam and then make comments,” she said.

She mocked at Naidu for failing to make Kuppam at least a revenue division even when he had been the CM for 14 years.

In her usual fashion, she fumed at Naidu for doing no good to the state and termed him “an inefficient CM”.

YCP MLAs are happily touring the villages in their constituencies as part of ‘Gadapa Gadapaku Mana Prabhutvam’ but the TDP leaders are making false publicity that the ruling party legislators are fearing to face the public, she said.

She exuded confidence that the public would drive away Naidu from the state during the next Assembly elections.

Roja participated in ‘Gadapa Gadapaku’ campaign in Bugga Agraharam village in Nagari mandal and claimed that the beneficiaries were really happy with Jagan’s government.

The welfare programmes are being implemented without any bias but the opposition parties are unnecessarily making noise about them, she said.