Jagan Flies To Davos, Can He Do Better Than Naidu? 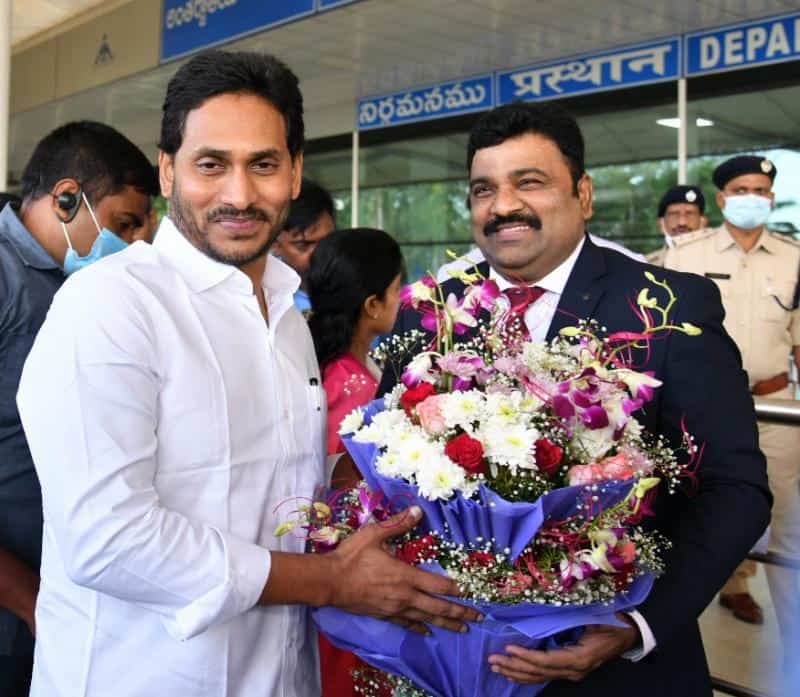 Chief Minister Y.S. Jagan Mohan Reddy took off on a 11-day tour to Europe. He will first visit Davos in Switzlerland and attend the World Economic Forum there. Jagan reached the Gannavaram airport from his Tadepalli residence and boarded the flight to Davos. The officials welcomed Jagan at the airport. Reddy, accompanied by ministers Buggana Rajendranath Reddy, Gudivada Amarnath and MP Peddireddy Mithun Reddy, will reach Davos this night.

The CM is attending the WEF meet, scheduled from May 22 to 26, with an aim to attract investments to Andhra Pradesh. He, along with the ministers and officials, will meet industrialists and explain them about the Ease of Doing Business index, immense opportunities in the state and try to lure them into investing in the state. The officials would focus on Industrialisation 4.0 at Davos. He is expected to speak about the business opportunities at the ports and three new airports being built in the state.

The team of ministers and officials who left to Davos would also explain about inter connectivity, real time data, mechanization and automation available in the state. A special pavilion has also been arranged at Davos with the slogan “People-Progress-Possibilities”.

The TDP leaders, who are leaving no opportunity to criticize the YCP government, reminded that their party boss and former CM N. Chandrababu Naidu had attracted foreign investors and signed deals worth thousands of crores.

They also recalled that Naidu was invited as a special guest thrice for the WEF when he was the CM of bifurcated Andhra Pradesh. The WEF authorities handed over the invitation to the CEO of Andhra Pradesh Economic Development Board when he had been to Geneva. WEF President Klaus Schwab invited Naidu for a session on the “Future of Urban Development”.

“Naidu had a vision for AP and he strived to fulfil the goal but Jagan’s sole aim is welfare which involves only distribution of currency to the poor. Is he going to attract investors and take more kickbacks from them to put that money into his pocket,” a senior TDP leader asked.

Another TDP sympathizer said that their party supremo is always hailed as a good administrator and visionary. “He knew how to speak to people and attract them. He used to do a lot of exercise to attend the meeting and identify the potential investors. Did Jagan do all that now? His only aim is to criticize our party and foist cases against us.”

“Our leader might not have spoken fluently in English but he could attract the corporate honchos to the state. Else, why would he be the special invitee to the WEF summit three times consecutively,” pointed out another TDP leader.

These remarks clearly indicate that the TDP would analyse and use every piece of information from the foreign country to target Jagan and his team, pointed out political observers. The outcome of Davos meet could be another salvo which the TDP can use in its electioneering, ahead of the Assembly elections.

Definitely, comparison would be drawn between Naidu and Jagan, they said.