WEF at Davos: KTR Vs Jagan 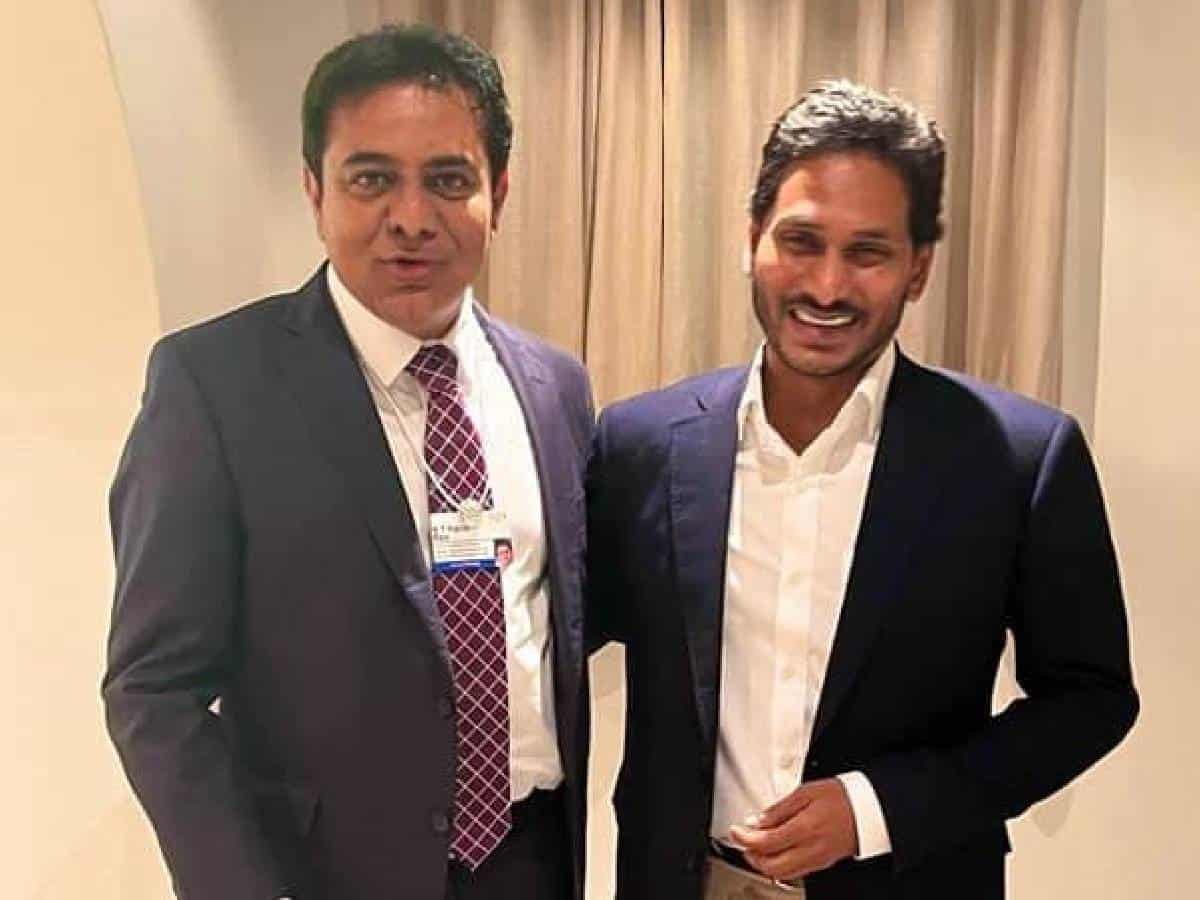 The Telugu people who had been comparing the performance of both the states in various aspects and particularly, in attracting investments are now focusing on the Davos meet to see who can lure more investments into the states.

The pictures of the Telugu representatives at the Davos meet, on social media, are also being analysed by the public. Looking at the images, Telanganites are pinning hopes on KTR that he can be the torch-bearer for the state. KTR is very confident and he seems to have done some ground work to speak at various conferences and sessions, said a youth from Telangana.

“Look at the body language and the shrewdness in his eyes. He is able to sit in a group and explain the umpteen opportunities for businessmen in his state for which he seems to have a vision. He will certainly be able to attract more investors at the summit,” felt political experts.

KTR interacted with the leaders of automobile, pharmaceutical and food processing industries. He expressed his views at a panel discussion on ‘Telangana Lifesciences Industry’s Vision For 2030’ at Davos. The other panellists in this conference were Labs Co-Chairman & MD GV Prasad and PwC India partner Mohammad Athar.

At the same venue, Jagan also interacted with Asia’s richest man Gautam Adani. Jagan appears to lack confidence and like being involved in a banter than in a formal meeting, presenting facts and figures. His pictures from the economic platform, which can provide to as many as 2,000 global leaders, Jagan seems to be interested only in giving and taking souvenirs and memorabilia.

Jagan’s pictures fail to show him in real action of presenting his state as a investment destination and pursuing investors briefing them about facts and figures, pointed out economic experts.

The AP CM is only interested in distributing money accumulated in the treasury through taxes and in ‘vendetta politics’, said a TDP leader.