Sink YSRCP Into Bay Of Bengal: Chandrababu At Mahanadu 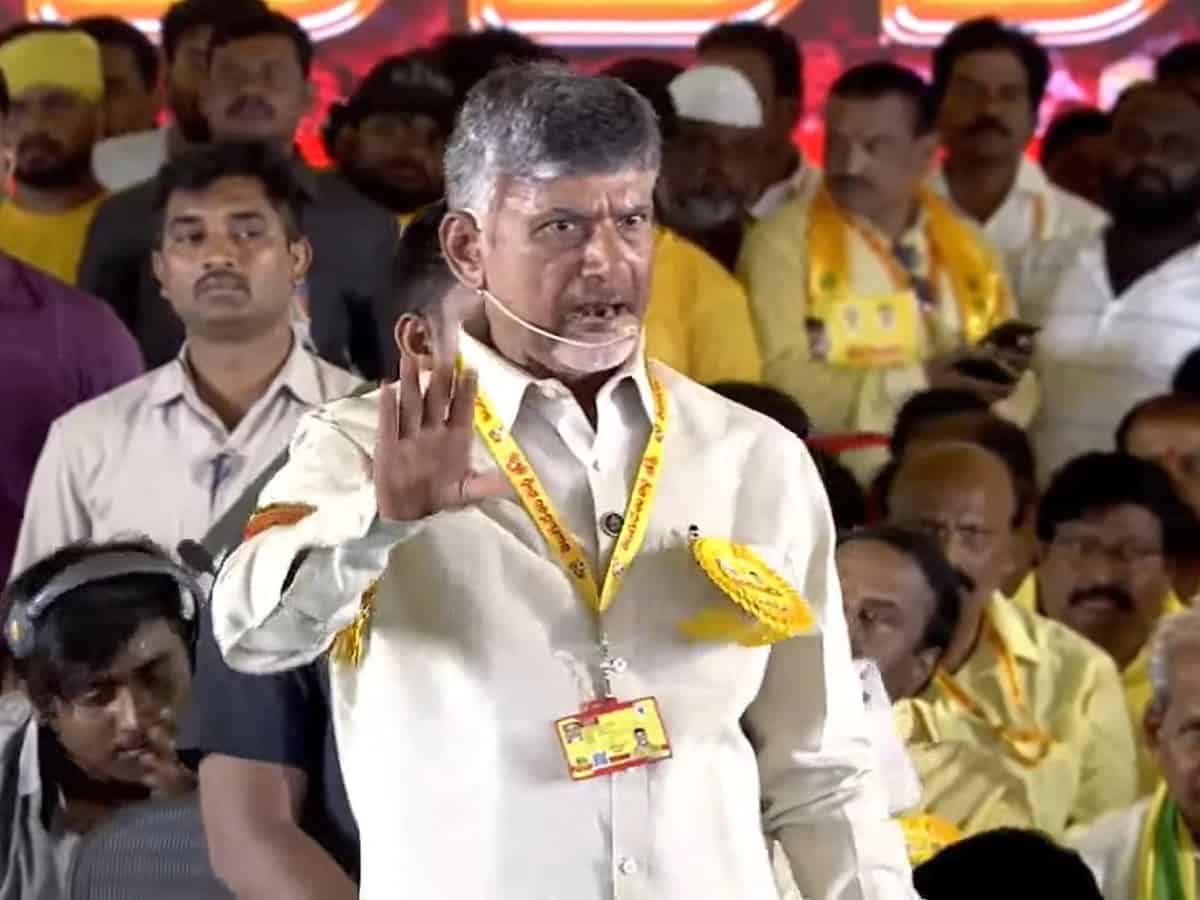 TDP chief and former CM Nara Chandrababu Naidu has breathed fire on CM Jagan and his administration. Naidu leveled serious allegations against CM Jagan and alleged that he has looted a staggering Rs 1,75,000 Crore money in 3 years of rule. Naidu said that Jagan and his party have looted public money and money from industrialists. He alleged that all the debts of the state incurred in three years have gone into YCP’s pockets.

Naidu gave a call to the people to sink YSRCP into Bay Of Bengal ocean. He said that YSRCP’s fate would be into the ocean after the next election. Naidu expressed strong faith and confidence on the people of the state. He said that no one in the state is satisfied with CM Jagan’s rule.

Chandrababu recited all the populist schemes he offered during his tenure as the CM. He asked where have gone all those schemes. Naidu lamented that Jagan’s politics of capital has dented the image of the state.

The TDP chief reaffirmed that it is the TDP which stands by the people always and all the times. He said TDP is pro-people and always thinks of the progress of the state. Chandrababu targeted Jagan’s approach for Telugu film industry and how he created troubles to the Telugu film industry by avoiding permissions to films. “If you have to give permission to the films, tomorrow when I become CM I will have to give permission to your newspaper (Sakshi),” stated angry Chandrababu Naidu.

Chandrababu Naidu vowed to support all sectors and all industries. He assured that he would take care of the people working in various media organisations as well. Naidu tore into the Jagan’s rule over a host of issues and said an “inept” person like YS Jagan Mohan Reddy was ineligible to continue as Chief Minister. CBN assured that TDP is storming into power and no one can stop it. He asked all the party workers and leaders to work in tandem for the party’s victory.

CBN has challenged CM Jagan to arrest the culprits in the murder of his Babayi YS Vivekananda Reddy. He said he is throwing this challenge at Jagan from Mahanadu. Raising a slew of issues varying from Polavaram project’s pending to Amaravati to PPAs, Naidu described Jagan as ‘Reverse’ CM.