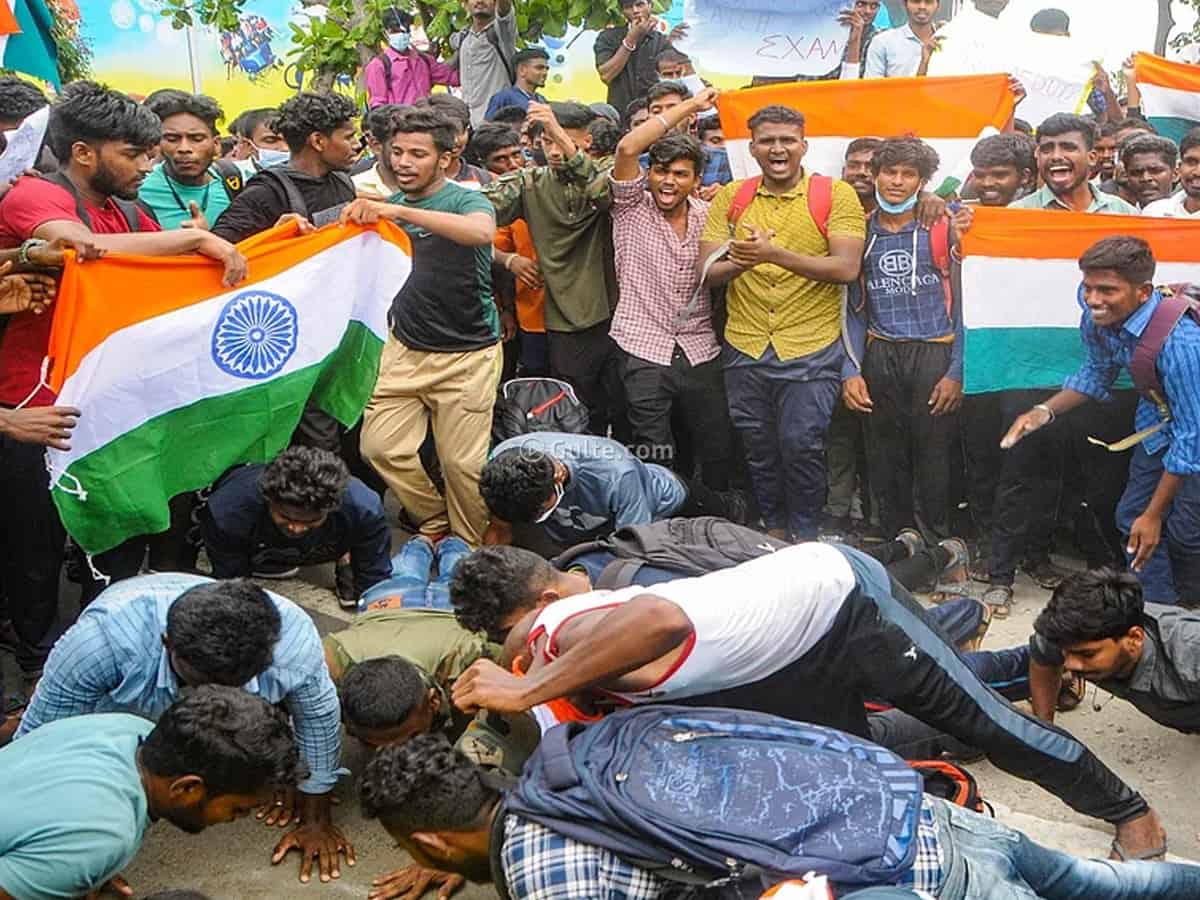 The controversial Agneepath scheme has created furore all over the country and kickstarted protests. Violent protests are reported across the nation. Opposition parties have voiced against the Centre’s scheme for Army recruitment.

Some organisations have called for Bharat Bandh in protest against the scheme. Delhi, Bihar, Uttar Pradesh, Telangana, Varanasi, Mathura have witnessed protests and violence. With the call of Bharat Bandh, states are on high-alert. The Centre is quite serious about the protests.

Amidst all this hullabaloo, Andhra Pradesh state is witnessing a unique and different scenario. None of the leading political parties have voiced out their opinion on the Agneepath scheme.

Ruling YSRCP, Opposition TDP and Janasena have all remained tight-lipped. This is a strange situation. While Janasena is an ally of BJP, it is understood that it remained silent to express its views whether it is fur or against the Agneepath scheme.

TDP has totally abstained from the topic. Ruling YSRCP is said to be having an undisclosed pact with the Centre. It is buzzed that YCP and BJP have a secret tie-up and the former is likely to vote in favour of the latter in the presidential polls.
Given all this, YCP also remained silent and hasn’t made any comments on the Agneepath scheme. AP state government, however, has deployed police forces near railway stations in Vijayawada and other sensitive areas to avoid any untoward incidents. But all the three parties in AP haven’t stated their stand on the scheme publicly.

Meanwhile, the military leadership has made it clear that there is no going back on the Agneepath scheme. It ruled out rolling back of the scheme and asked the aspirants to apply for the posts under the scheme.