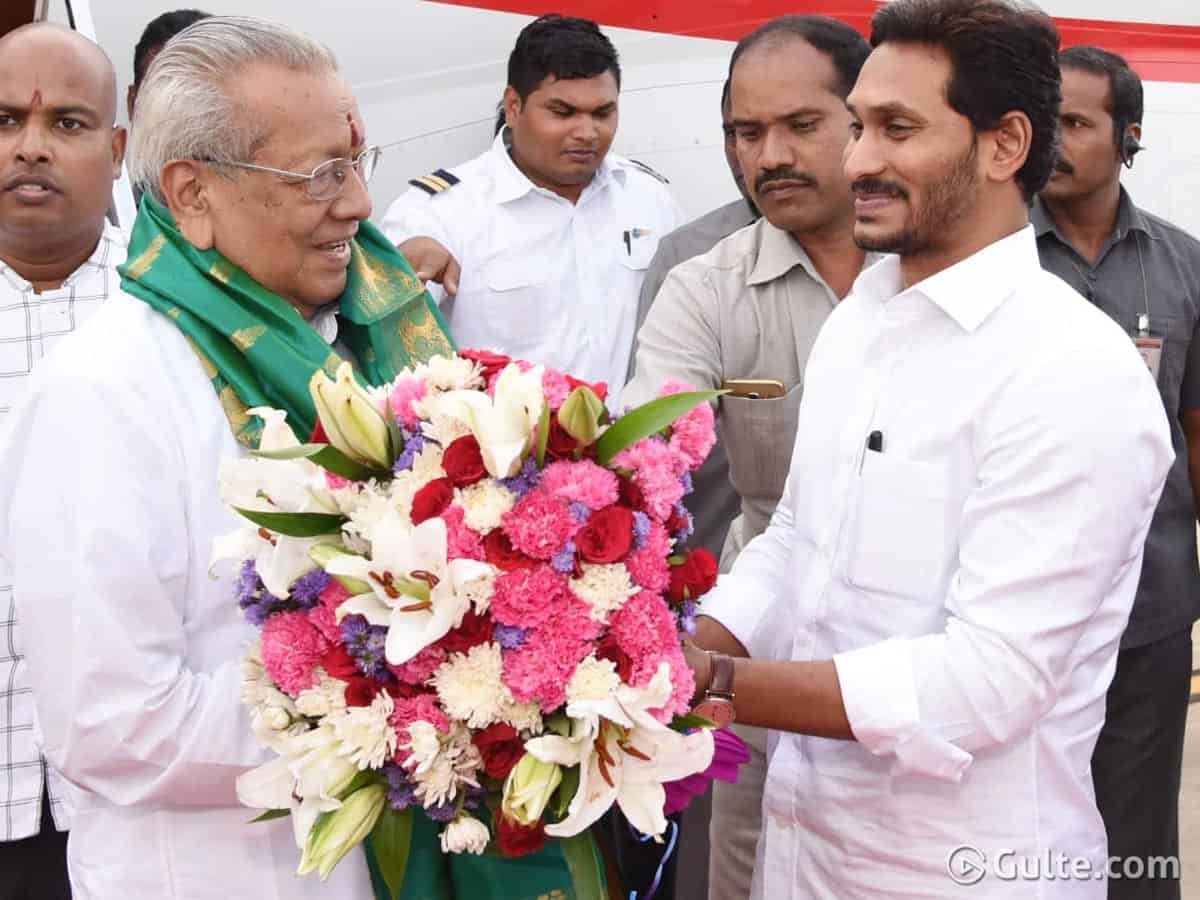 In a big breaking news, AP Governor Biswabhushan Harichandan has approved the ‘Three Capitals’ and CRDA cancellation bills. This is a moral victory to the AP CM YS Jagan led YSRCP government.

About two weeks back, the AP government had sent these two bills to the Governo for his consent. But the Governor Harichandan consulted legal experts from New Delhi and took his own time to take a decision.

This has delighted the YSRCP and its supporters and they have started celebrating. Governor Harichandan had disappointed YCP government in the row between the state government and NImmagadda Ramesh Kumar. He directed the AP government to reappoint him as State Election Commissioner.

With this decision, YSRCP supporters claim that Jagan’s dream is going to come to a reality.

Before the Governor’s decision, there was tense atmosphere in the state. Many thought AP Governor may not take a decision on ‘Three Capitals’ bills as the case is pending in court and the Legislative Council had sent these bills to Select Committee.

Now that the Governor has approved the bills, the first step is laid for CM Jagan’s dream.

But how will the YCP government tackle the protesting Amaravati farmers is something to be seen. What kind of assurance will the Jagan government will give them and will the farmers get satisfied with it, are going to be very interesting.

Overall, the ‘Three Capitals’ had become a sensational stuff which even drew the attention of the entire country. Now AP becomes the first state in the country to have ‘Three Capitals.’