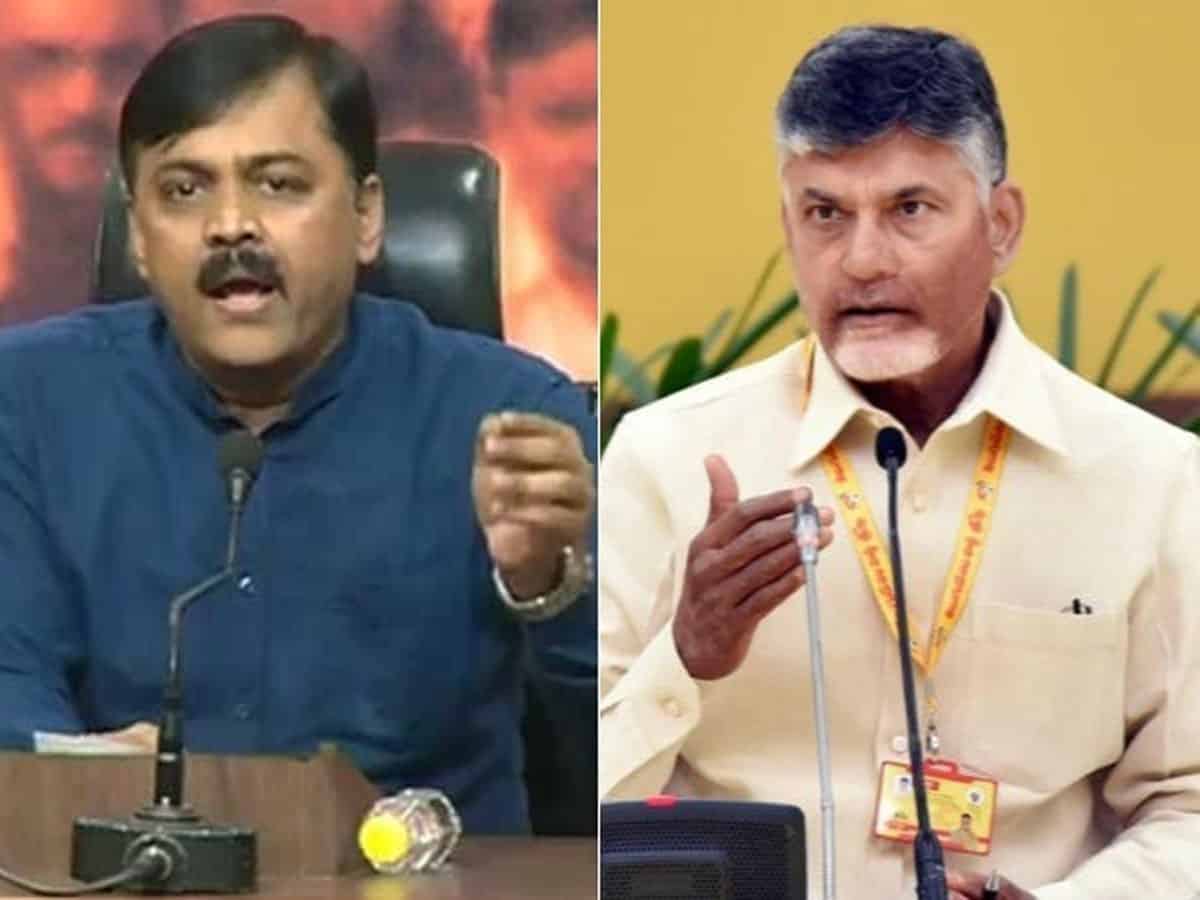 BJP MP G.V.L. Narasimha Rao said that the Telugu Desam Party (TDP) was waning in Andhra Pradesh as its chief N. Chandrababu Naidu appears to have retired from active politics even as he claimed that their party will never try to fill the void created by other political parties. “The BJP needs no other party’s downfall to enable it to be an alternative for that party. BJP can rise to prominence on its own,” he added.

Drawing similarities between the politics in UP and AP, he said that the chiefs of both the parties have lost vigour and almost retired from active politics. “Politics in Andhra Pradesh will turn out to be like that in Uttar Pradesh where it is a fight for supremacy between two political parties.”

In UP, the Samajwadi Party and Bahujan Samaj Party are continuously at loggerheads with each other and come to power alternatively. In 2012, when the BJP said that the party would emerge as a strong political force in that state, people did not believe. However, in 2017, it was the BJP which was voted to power crushing the two regional parties,” Narasimha Rao reminded.

Similarly, in AP too, we would emerge as a strong political force and if people have any doubts over it, they can watch it unfold in the 2024 general elections, he asserted. “We would do the same feat in AP too,” he said.

The BJP leader said that the public in AP should know that no other party needs to pave way for the BJP to emerge as a strong force. “Our development agenda being implemented under the leadership of Prime Minister Narendra Modi will lead us into the path of victory,” he said.

“Moreover, the regional parties have become family organisations in many of the states and the people are fed up with their cheap politics. Just as Mulayam Singh Yadav could not ride the bicycle (the Samajwadi party’s political symbol), in AP too, Chandrababu Naidu is gradually disappearing from active politics. Just as Mulayam is not able to ride the cycle, Naidu also lost strength and is not able to take forward his vehicle.”

“He claims to be the national president of the TDP but is appearing before the public intermittently and ignoring people’s interests by staying in Hyderabad. He seems to have retired completely from active politics. When people are looking up to his son Lokesh to take up the reins of the TDP, he is much like AICC leader Rahul Gandhi, under whose leadership young politicians are alienating from the Congress,” he pointed out.

Jyotiraditya Scindia had quit the Congress and joined the BJP while Rajesh Pilot in Rajasthan is also ready to part ways with the party, he said, adding that the public want leaders who can work with a vision and develop AP into ‘Navyandhra Pradesh’ but not leaders who work with vested interests.

Rao agreed that the BJP was weak in AP but exuded confidence that it will grow into a force to reckon with in the coming days. “In Tripura, the BJP, initially could garner only 1% votes but later, it secured nearly 50% of the votes under the leadership of BJP leader Sunil Deodhar. He can turn the tide in just a few months and now, being the co-incharge of BJP, he will fortify the party in AP,” he said.

BJP will become strong by getting closer to the people, he asserted.