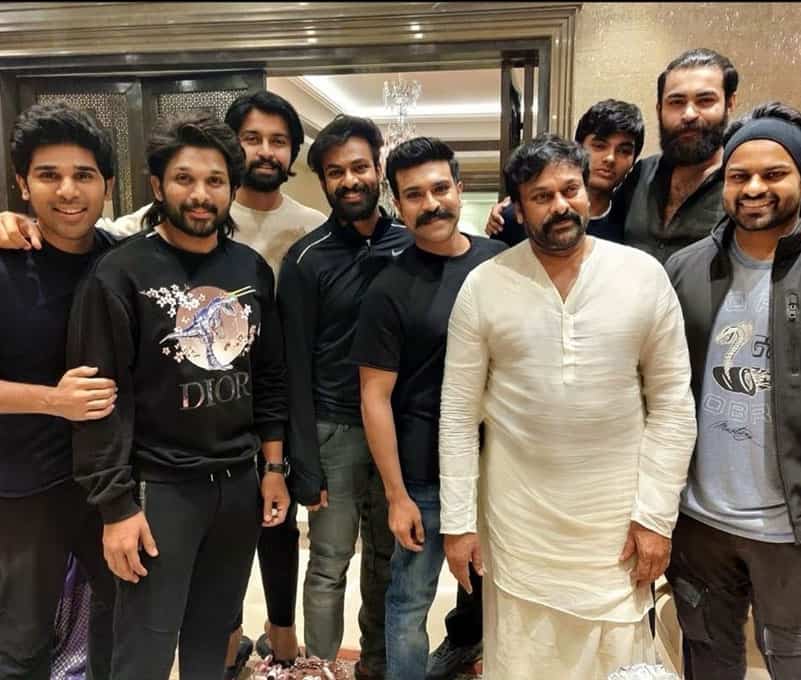 Powerstar Pawan Kalyan ventured into politics for reasons better known to him and is trying to make Janasena create an impact since 2013.

However, though mega heroes extended their support to him by meeting him now and then, none came out openly to give speeches or tour the state on buses, such that they could impact some voters.

Megastar’s son Ram Charan posed with a tea glass years back to extend his support to ‘Babai’, while another big star from the family, Allu Arjun met him at a public meeting in the Godavari region and hugged him.

But that’s not enough if they want Pawan Kalyan to storm into power, and for the same reason, some Janasena leaders are said to have approached Nagababu who has now joined full-time into the party, to convince all mega heroes to campaign for Janasena the upcoming general elections.

Reports are coming that both Ram Charan and Allu Arjun are gearing up to meet at the latter’s farmhouse very soon, such that they could discuss well before taking up any decision.

Their main concern seems to be that if Charan and Allu Arjun goes all out to promote Pawan, and still Janasena loses, then the upcoming government might harass their movies big time. Already Pawan’s films got harassed in the same way recently, which is now worrying Charan and Bunny a little bit about taking this ‘campaigning’ risk.

Meanwhile, with Megastar Chiranjeevi openly declaring that his stint in politics ended, surely one cannot expect him to campaign for the Janasena party.