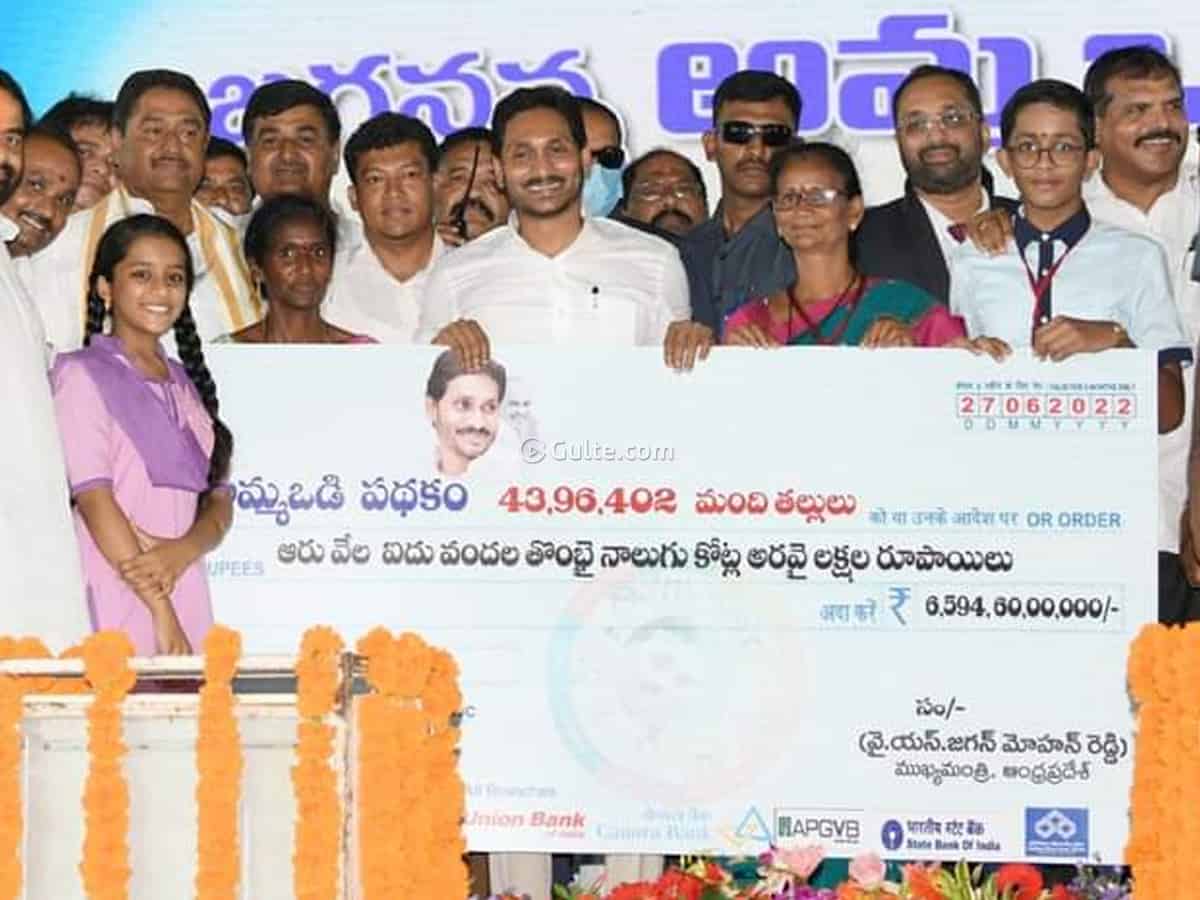 Chief Minister Y.S. Jagan Mohan Reddy slammed the Opposition parties, primarily the TDP, for ganging up with the ‘yellow media’ and publicizing only negative information about the government. The ‘dushta chatushtayam’ (including Chandrababu Naidu, Ramoji Rao, ABN’s Radha Krishna and TV5 boss) are always interested in focusing on shortcomings/irregularities and can never speak about the good being done to the education sector by the YCP government, he said.

Jagan was addressing the public at a meeting held to mark the launch of the third phase of Amma Vodi in Srikakulam district this morning. He listed out the various the government has put in to gear up the students for the competition in the world.

By collaborating with Byjus, the online learning app, the government is getting ready to provide tabs worth Rs 12,000 each to every poor student entering Grade VIII which would make chapters and study material much easier through pictorial and animated depictions, he said. For this, the government would spend Rs 500 crore, he revealed, adding that every student from Class VIII can avail the assistance of the material in the tab till they appear for the SSC Board exams three years later.

He also said that the government was planning to introduce digital/smart boards in classrooms to help students learn and understand concepts better.

The CM also listed out the funds spent towards various education schemes under the YCP rule.

He proudly claimed that the government had spent Rs 19,617 crore towards Amma Vodi scheme in the last three years which provided financial aid to 44 lakh mothers in sending their wards to schools. As many as 80 lakh students benefited from the novel scheme, he said.

Through Jagananna Vidya Deevena, fee reimbursement was done to 21,55,000 students to the tune of Rs 8,000 crore in the last three years, he claimed.

The YCP government spent Rs 3,329 crore under Jagananna Vasati Deevena to provide boarding and lodging to poor students in the state, he added.

However, the opposition parties allege that all the schemes being implemented by the YCP government included scams in them, with only a paltry amount of the funds being released to the beneficiaries while the rest is finding way into the pockets of the higher officials.