#FactCheck: Viral Pic Of RTC Bus With A Tarpaulin For A Right Reason 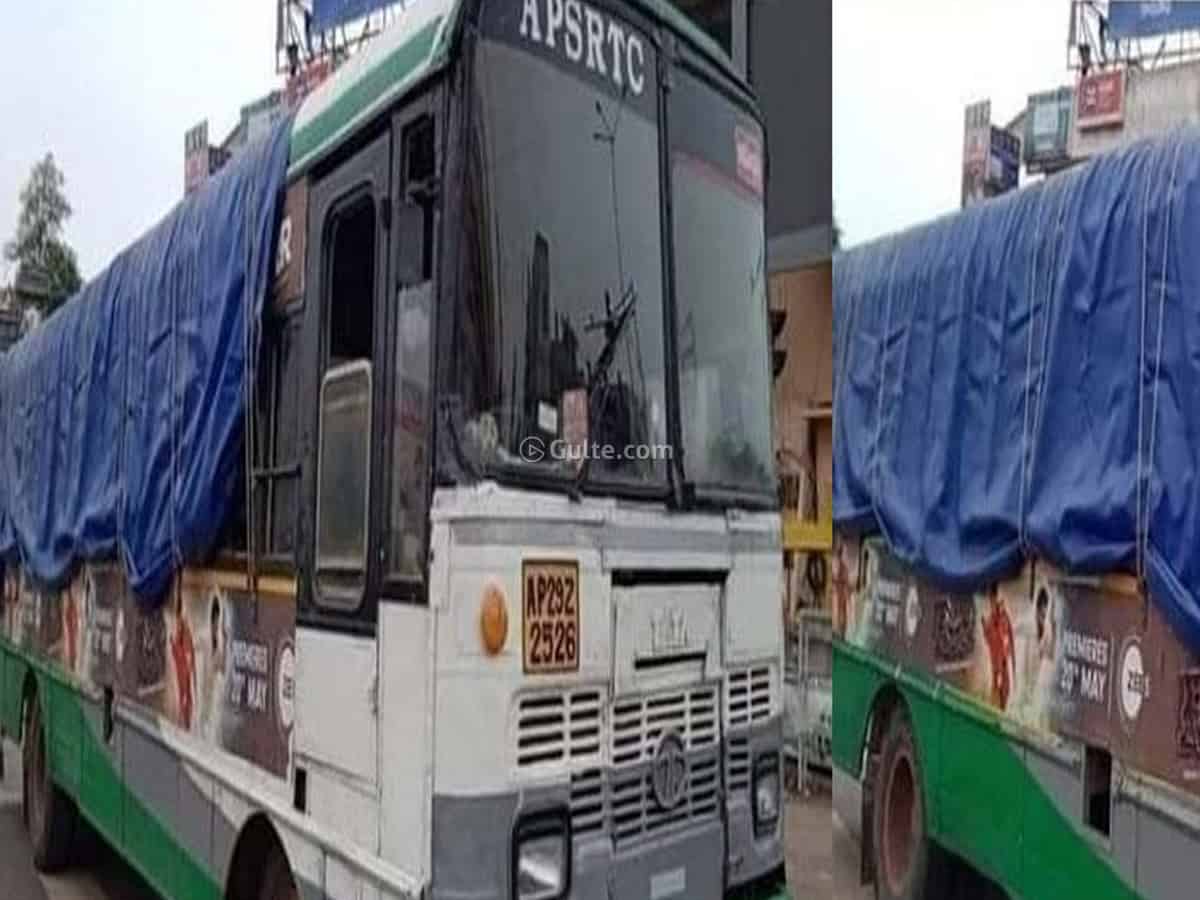 A post by the TDP political wing kicked off a controversy. The TDP activists posted the picture of an RTC bus moving with a tarpaulin covering it and trolled the government for it.

Along with the image of the bus, the political wing activists posted a meme in the social media with the picture of actor Brahmanandam asking the government if it was transporting sand illegally in the RTC bus, as it was not able to get loans from any outside source. In the comments section, some even asked if the RTC was covering the damaged roof of the vehicle with the tarpaulin as it was facing a financial crisis and was not in a position to foot the bills towards the repair.

In response, the RTC authorities said that the specific bus in question was not shifting passengers nor was the roof of the bus damaged.

It explained the reason for the special arrangement made for the bus and revealed that the education department had entrusted it with the responsibility to distribute books to various schools as the academic year has just begun. Books were being transported in the bus and the tarpaulin was arranged as a precautionary measure to prevent the books from getting wet, the officials said.

Further, the RTC authorities took exception to the TDP for spreading rumours without knowing the facts. The RTC had been doing something good to the students but the TDP has been showing the Corporation in a poor light, they lamented.

The RTC authorities demanded that the TDP delete the post and they also warned of consulting the legal experts to initiate action against the political party.

Soon the TDP political wing swung into action and deleted the controversial post.