Pawan Kalyan On The Floor, Can Jagan & Lokesh Do It? 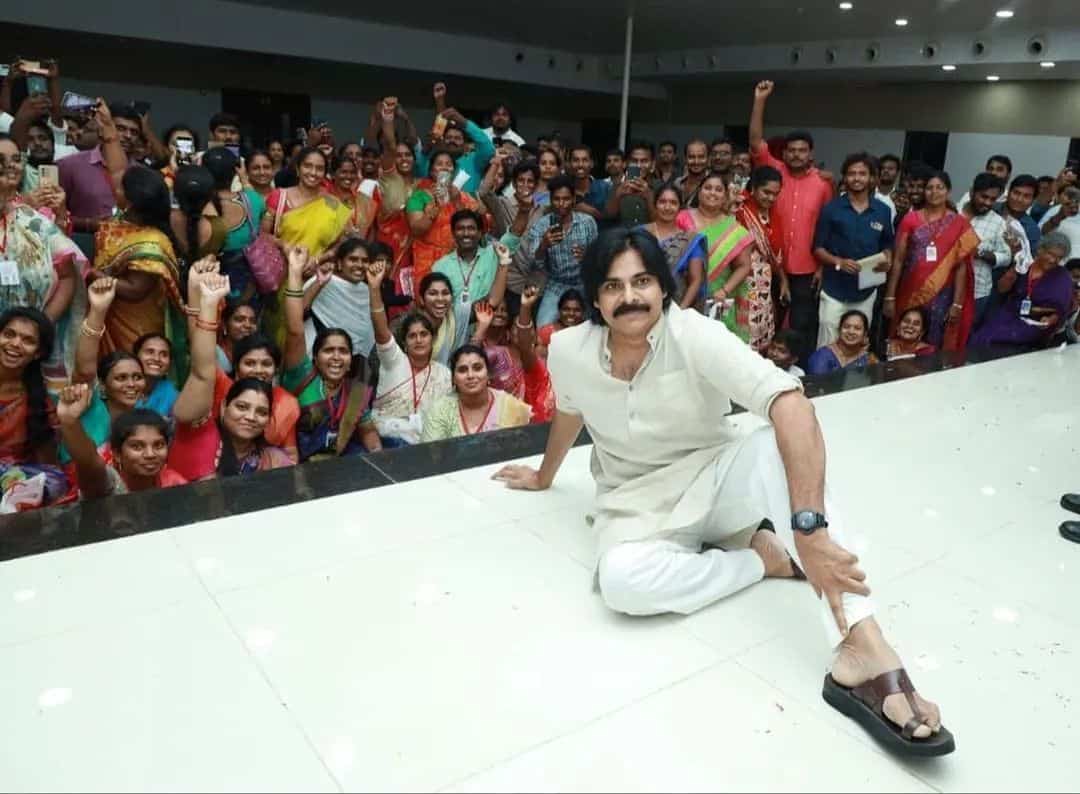 At the “Janavaani” porgram being held in Tadepalli, Andhra Pradesh by Janasena President Pawan Kalyan to hear the grievances of the public such that he could pressure the ruling YSR Congress government to help the needy, the response is huge. At the same time, Pawan is also looking after the enrollments of women and elder men into the party.

During one such meets other day, when the participants have all requested for a picture, Pawan Kalyan simply sat on the stage, we mean, on the floor, to pose with all of them. Sitting like any other commoner, he’s all smiles while the people around him chanted his name big time.

Looking at this picture, one would really think, would other young leaders of AP Politics including YS Jagan or Nara Lokesh could do such things? Will they sit on the floor in any meets except during election campaigns?. We should appreciate Pawan if this act comes from his heart or as an actor he just acts in-front of camera.

Despite being such a simple person and having huge passion to serve the society, Pawan Kalyan hasn’t got twice and he’s going all out to test his luck in the upcoming general elections. We have to see if people will believe in him, and vote Janasena party to power.