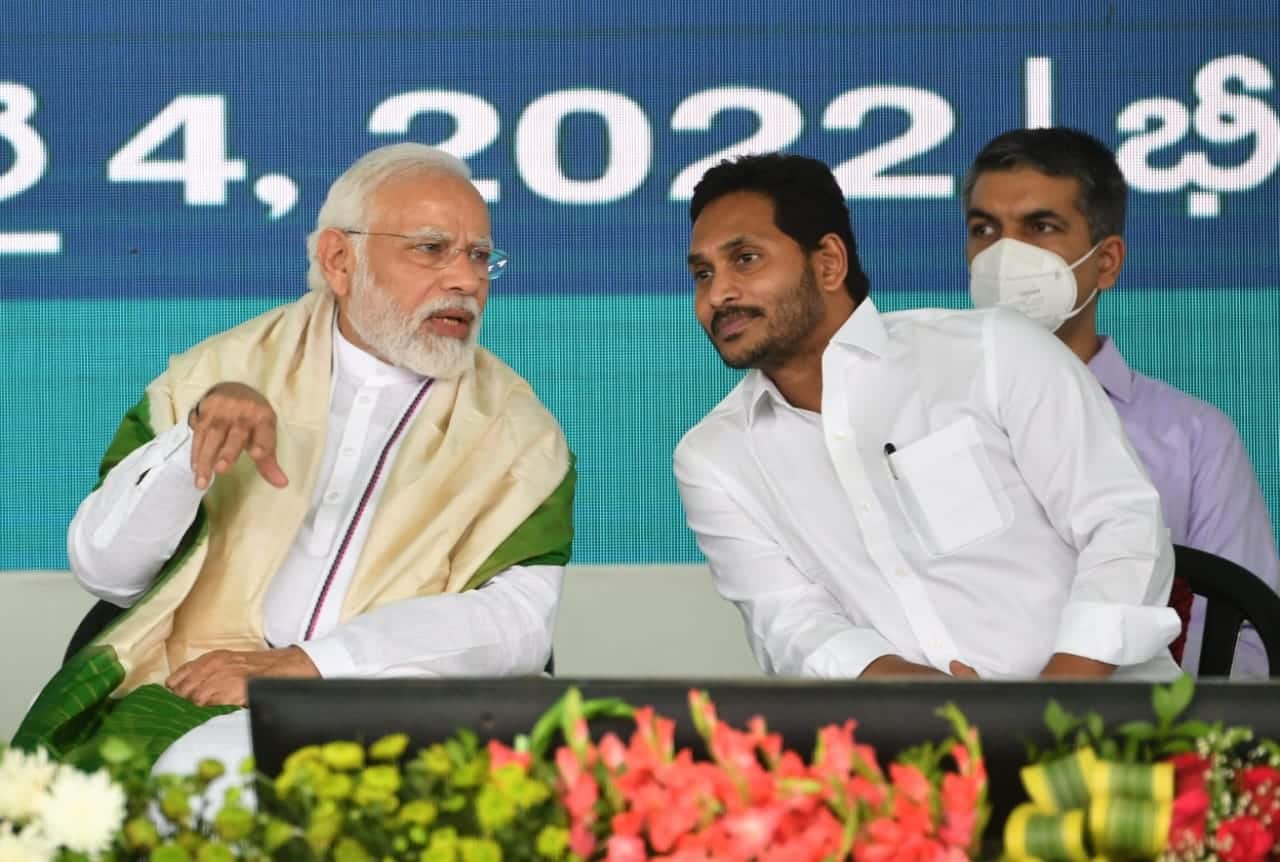 Pawan Kalyan who is an ally of BJP in AP state has got a shocker with a late invitation. Union Tourism Minister Kishan Reddy has extended an invitation to Janasena president. It is nothing but a consoling act at the last minute. Learning this, Pawan skipped the event. However, Pawan welcomed PM Modi to Bhimavaram in a video message. He thanked the Union Ministry for inviting him to the place he had contested in the previous election and stated that it’s a privilege. But Pawan avoided attending the event which is a smart move.

Veering towards the PM’s meeting, all eyes were on PM Modi and CM Jagan. Clearly, the bonhomie between the two leaders is conspicuous. It is visible and publicly evident throughout the PM’s stay in Bhimavaram. Jagan moved closely with Modi, sending signals that all is well between BJP and YSRCP.

It can be noted that Jagan’s right-hand man Vijay Sai Reddy lobbies with the Centre in Delhi and closely moves with Amit Shah. YSRCP has extended its full support to NDA’s Presidential Candidate Draupadi Murmu. The latest is Jagan – Modi’s dosti seen at Bhimavaram is adding up to the speculations that BJP and YSRCP have a pact that is no longer secret. So, what Pawan Kalayan’s next move should be.

Why is Pawan still hanging onto the BJP which has no significant presence in AP. Whether Pawan joins with Naidu is his wish. But Pawan should walk out of alliance with BJP and instead go independently. Only then, Pawan will get his due importance. Or else, he continues to be a second option for BJP which is playing its cards well by maintaining its friendship with both Jagan and Pawan. Even Pawan’s fans and Janasena followers want him to leave BJP behind. Let’s see what would be Pawan’s future course of action.