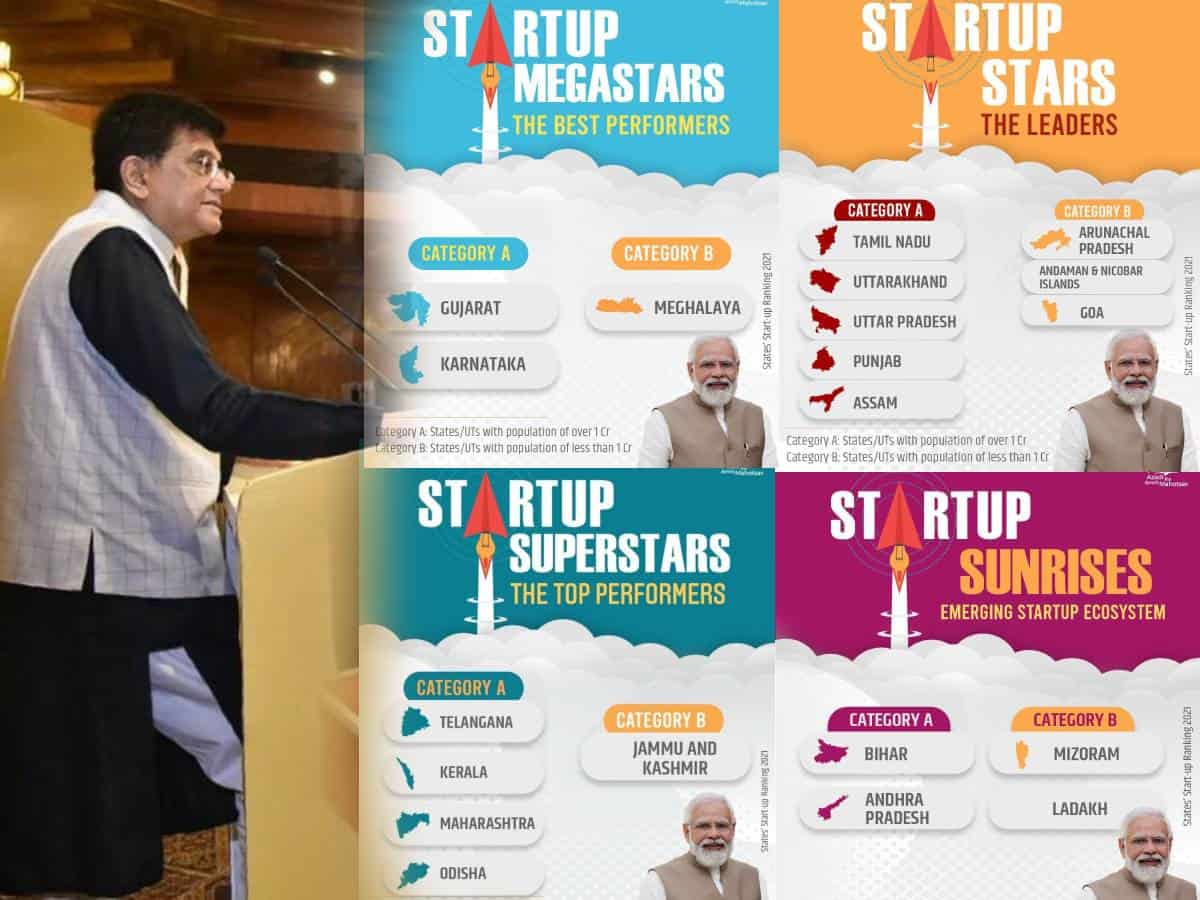 The start-up ranking 2021 has revealed startling results as YS Jaganmohan Reddy-led Andhra Pradesh is lagging way behind. AP is confined to the last and shares its rank with Bihar state. The Department for Promotion of Industry and Internal Trade (DPIIT) which has been annually declaring the Start-up Ranking since 2018 has come up with the ranking for 2021. The rankings are based on the states’ actions to provide a smooth start-up culture for next-generation entrepreneurs.

Karnataka, Gujarat and Meghalaya are the best states for the startup ecosystem. This is the third consecutive year that Gujarat has been recognised as the best performer. Meghalaya bagged the top honour among UTs and North-eastern (NE) states.

Kerala, Telangana, Maharashtra and Odisha bagged the Top Performers in A category. Jammu & Kashmir in the B category. Uttar Pradesh, Assam, Punjab, Tamil Nadu, Uttarakhand were named as the Leaders. Andaman & Nicobar Islands, Arunachal Pradesh and Goa were adjudged as the Leaders among the UTs and NE states. Chattisgarh, Delhi, Madhya Pradesh and Rajasthan bagged Aspiring Leaders.

Meanwhile, Andhra Pradesh and Bihar were named as the “Emerging Start-Up” ecosystems. Union Minister of Commerce and Industry Piyush Goyal emphasised that the Indian ecosystem could become the best in the world and suggested that states could align with neighbouring ones so as to learn from each other.