Who Said BJP Is Weak In AP! 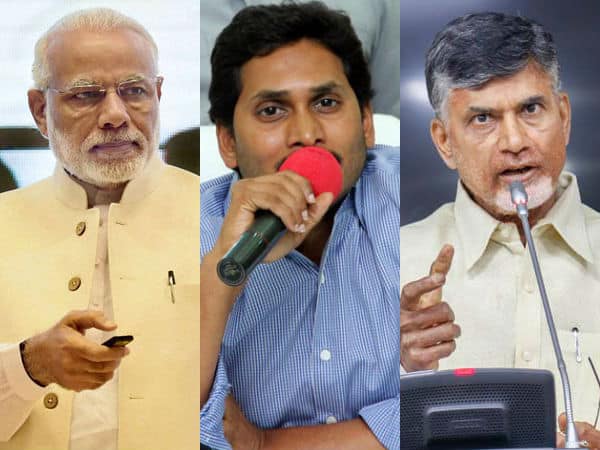 The Bharatiya Janata Party (BJP) has not won at least one MLA seat in Andhra Pradesh in the 2019 elections but can strangely claim that the state is the party’s fort. With both the ruling and main opposition parties supporting the BJP’s candidate Draupaid Murmu, an Adivasi woman, in the Presidential elections, there is none to resist the national party in Andhra Pradesh. It is worth noting that the Jana Sena is already in an alliance with the BJP.

Though the electorate in Andhra Pradesh would not prefer voting for BJP, the political parties in the state are subservient to the national party which is in power at the Centre, observed political analysts. The YCP has been most obedient to the BJP by remaining silent on many issues like Special Category Status (SCS), Polavaram project even when it was detrimental to the interests of the state, they said.

The YCP government also moved ahead with fixing of metres to agriculture pumps even when the TRS government in neighbouring Telangana opposed the scheme saying it would do injustice to the farming community. The farmers in AP also opposed it but the government continued with the scheme after declaring that the pilot project proved helpful to the agriculture sector, political analysts reminded.

Since the YCP was elected to power, never has Chief Minister Y.S. Jagan Mohan Reddy uttered a word against the policies or decisions of the BJP, given the numerous ED and CBI cases filed against him. Moreover, there is buzz that the BJP-led NDA helped the YCP win the elections, they reminded.

The Opposition TDP too remained a silent spectator when it came to objecting the BJP’s farm laws or fighting for the Special Status or completion of the Polavaram project due to its weak voice in the Parliament and the existential crisis the party is facing in the state. In such a situation, TDP supremo and former CM N. Chandrababu Naidu has been looking towards the Centre for help to check the machinations of the YCP to push his party into the oblivion. Naidu has remained the bete noire of Jagan since he was put behind the bars for his involvement in serious crimes including money laundering and amassing disproportionate assets.

In case of the Presidential elections, the TDP had declared support to Murmu as she would be the first tribal woman to be the President of the nation. The TDP moved out of the NDA in 2017 opposing the Centre’s delay in according special status to the state.

Jana Sena, the only other political outfit having presence in the state, claims to be fighting for people’s cause but never opposed the BJP as it had forged an alliance. The party president and actor-turned-politician has always played second fiddle to the BJP, said political analysts. He goes soft with the TDP too and criticizes only the YCP, they pointed out.

Given these circumstances, BJP is the strongest party in the state even though it has not even a single MLA constituency in its kitty.