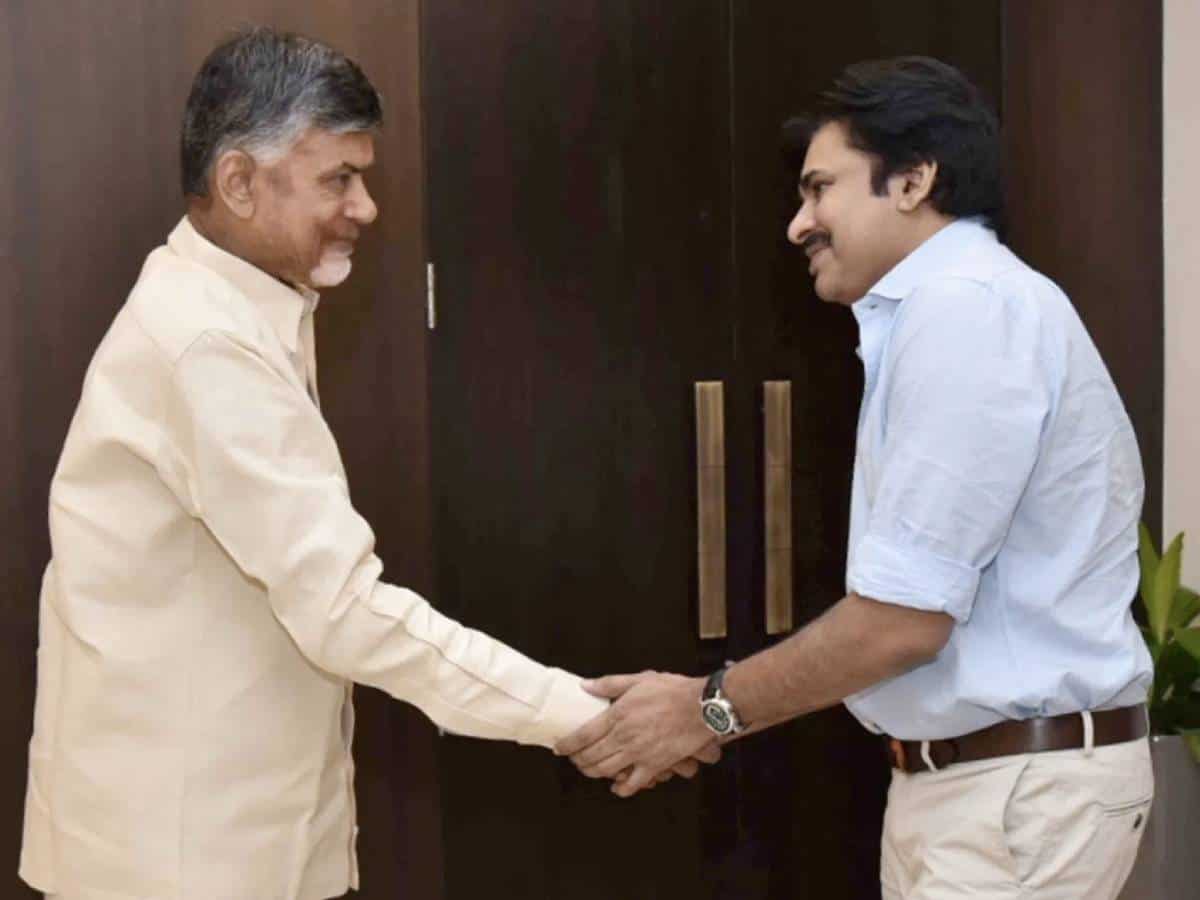 As Chandrababu Naidu gave a 48-hour deadline to CM Jagan to revoke the decision of 3 capitals and reportedly contemplated submitting MLAs resignations if the government doesn’t concede its decision on multiple capitals, several TDP leaders are worried about Naidu’s future course of action.

If Naidu decides to resign to his MLA post and ask his fellow MLAs to follow the suit, this is sure going to call for by-election in the respected constituencies thus drawing the election heat in the state.

This is a double-edged sword as it’s going to have severe effects. Even if Opposition TDP loses a single seat from the existing constituencies, this may send wrong signals to people and on TDP’s strength.

On the other hand, mounting pressure on Chandrababu and TDP MLAs is none other than Janasena chief Pawan Kalyan. Pawan, who has been demanding both TDP and YCP MLAs for the resignations to their MLA posts and go to people for referendum election with 3 Capitals issue, many TDP leaders are advising Naidu not to consider Pawan’s views and statements on this.

Since it was Pawan Kalyan who had been demanding TDP to pull out from NDA – back in 2018 – against the Centre for not according Special Category Status to AP. When Naidu was weighing his options and thinking, Pawan’s pressure to pull out and everyday statements against TDP and BJP (Pachipoyina Laddus) had pushed Naidu to bite the bullet. And the rest is history as TDP lost severely. While YCP gained heavily in 2019, TDP and Janasena became losers. And BJP reduced to zero in AP after 2019 polls. Interestingly, Pawan befriended BJP later. Now he is attacking both YSRCP and TDP. It was Pawan Kalyan who had then pressured TDP to withdraw support to BJP over AP’s interests. Now again, Pawan is pressuring TDP to resign against government’s decision in the interest of Amaravati farmers.

If TDP loses even a single seat to YSRCP, indirectly, the beneficiary will be Pawan Kalyan as he would like to emerge as the opposite force to YSRCP claiming the weakening of TDP. Pawan, who has been waiting for an opportunity to become champion of Opposition and even joined with BJP for the same cause, is now waiting for opportunity to weaken TDP and thus strengthen Janasena.

YCP’s vote base is different. Majority is scheduled castes, scheduled tribes and masses who are traditional voters who are sailing with Jagan. It’d be difficult for Pawan to draw them towards Janasena. Whereas TDP has educated voters, employees and BCs. Pawan is now eyeing TDP’s voters to strengthen Janasena. For this, Pawan wants to show them that TDP is no longer an alternate to YCP and wants to showcase Janasena as the only alternate. For people to believe that TDP became weak, Pawan wants TDP to resign and go for elections against the ruling government.

Some TDP leaders are warning Naidu of the severe consequences if the party goes for a by-election now. They’re also urging Naidu not to consider Pawan’s statements and pressure as he had done similarly before in 2018 and successfully played his part by breaking TDP-BJP combine and he had later joined it.

No doubt, Chandrababu is worried over Amaravati farmers who had given lands to the then government through Land Pooling. However, one wrong move by TDP may decimate the party and its prospects in future. For Naidu, 2024 is a key election. TDP has to make a comeback to power. He needs to dethrone Jagan which isn’t easy at all and bring back TDP to power as Naidu’s age would be 74 by 2024. At this moment, resigning to his MLA post and losing Opposition leader status could be a worrying decision. All eyes are on Naidu’s next step after this 48-hour deadline. Since Naidu is a seasoned politician, let’s wait and watch, what is his next move.