Modi Invites Jagan But No KCR And A Twist! 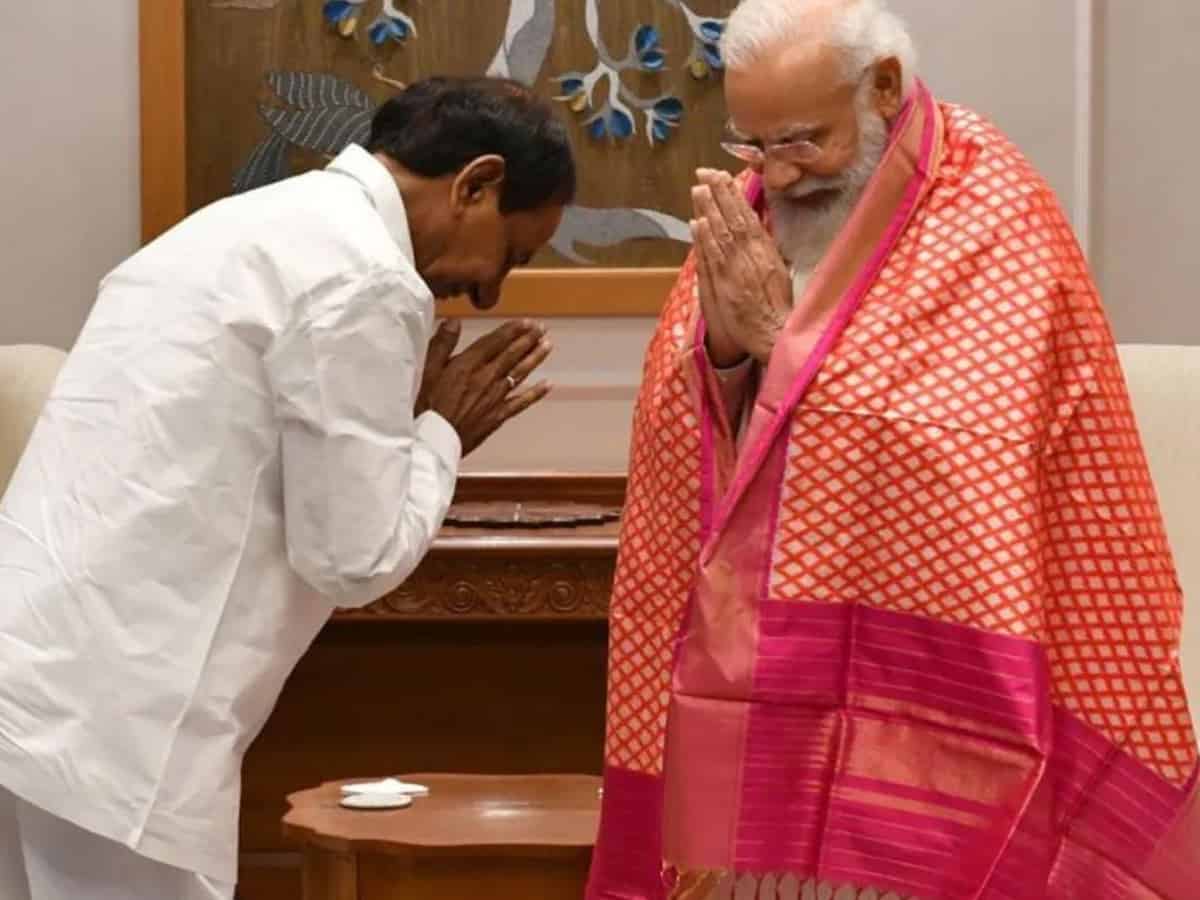 Prime Minister Narendra Modi bid farewell to the retiring President Ram Nath Kovind on Friday and to the farewell dinner, he invited Chief Ministers mostly ruled by BJP states and left out the Chief Ministers ruled by regional parties and Congress party. This is a deliberate attempt by the Modi government to insult CMs of non-BJP ruling states.

There is a clear protocol on who should be invited when hosting a dinner for the outgoing President. With protocol in place, it is strange that the Modi government overlooked them and invited CMs whom he likes. Irrespective of political conflicts, Modi has to call everyone who is in a constitutional position. The dinner given by PM Modi is not a personal one while President Ram Nath did not come in his personal capacity. President Kovind attended the dinner hosted by PM Modi in the capacity of the Prime Minister. So all the Chief Ministers have to be invited

The Prime Minister’s Office, which invited 21 chief ministers to the dinner, did not invite CMs of Kerala, Chhattisgarh, Punjab, Delhi, West Bengal, Mizoram and Jharkhand states. Interestingly AP CM Jagan received an invitation for the President’s farewell while Telangana CM KCR was ignored for obvious reasons. But the twist is Jagan did not make it to the farewell event.

Strangely, the Prime Minister’s Office sent out invitations to the Resident Commissioners of various state buildings in Delhi citing short notice. Though it isn’t mandatory for the Prime Minister to call everyone personally, instead he can summon any person in the PMO and extend an invitation to the Chief Ministers over the phone. But the PMO hasn’t done anything as such because they were not given such instructions.

Modi did not call the CMs of the UPA coalition and also the CMs who supported Yashwant Sinha’s candidature. Yet Tamil Nadu CM Stalin was invited while the PMO lied that the farewell dinner event was finalized at the last minute and they had less time to send invitations. Despite getting an invitation, Odisha CM Naveen Patnaik skipped the event.