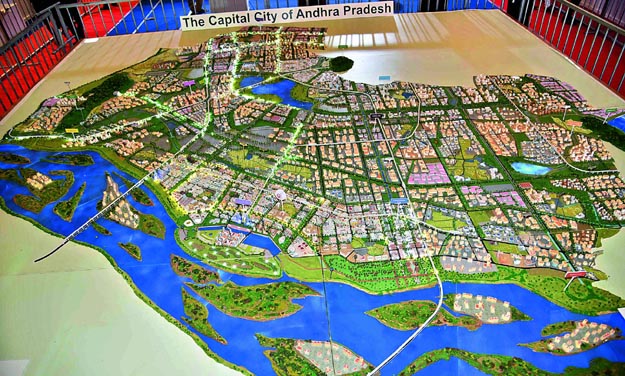 In a significant development, the Ministry of Home Affairs has filed an affidavit in the AP High Court in regard to the 3 Capitals row.

The Ministry of Home Affairs in its affidavit made it clear that the decision of Capital belongs to the State and the Centre has no role to play in it.

It said the issue of capital or capitals is purely state affairs and the Centre can’t be dragged into it. Thus, the Centre has now passed the buck to the state.

It can be noted that AP High Court has earlier ordered a status quo on the two new laws – AP Decentralisation and Inclusive Development of all Regions (3 Capitals Bill) and CRDA Repeal. Both the bills were passed by the Assembly earlier.

However, they were stalled in the Legislative Council. However, both the bills were approved by the Governor. AP High Court, which was hearing the petitions of thousands of farmers filed through a joint action committee, has issued a stay on AP government’s decision over shifting of government offices away from Amaravati. The Amaravati farmers’ JAC has named both the State and Centre as the respondents.

With the Centre making its stand clear on AP’s 3 Capitals row, the State’s decision to trifurcate capital and make three capitals – Legislative Capital, Administrative Capital and Judicial Capital – looks unstoppable. Amaravati farmers, however, may claim for a strong compensation from the state government instead of going against the 3 Capitals Bill.