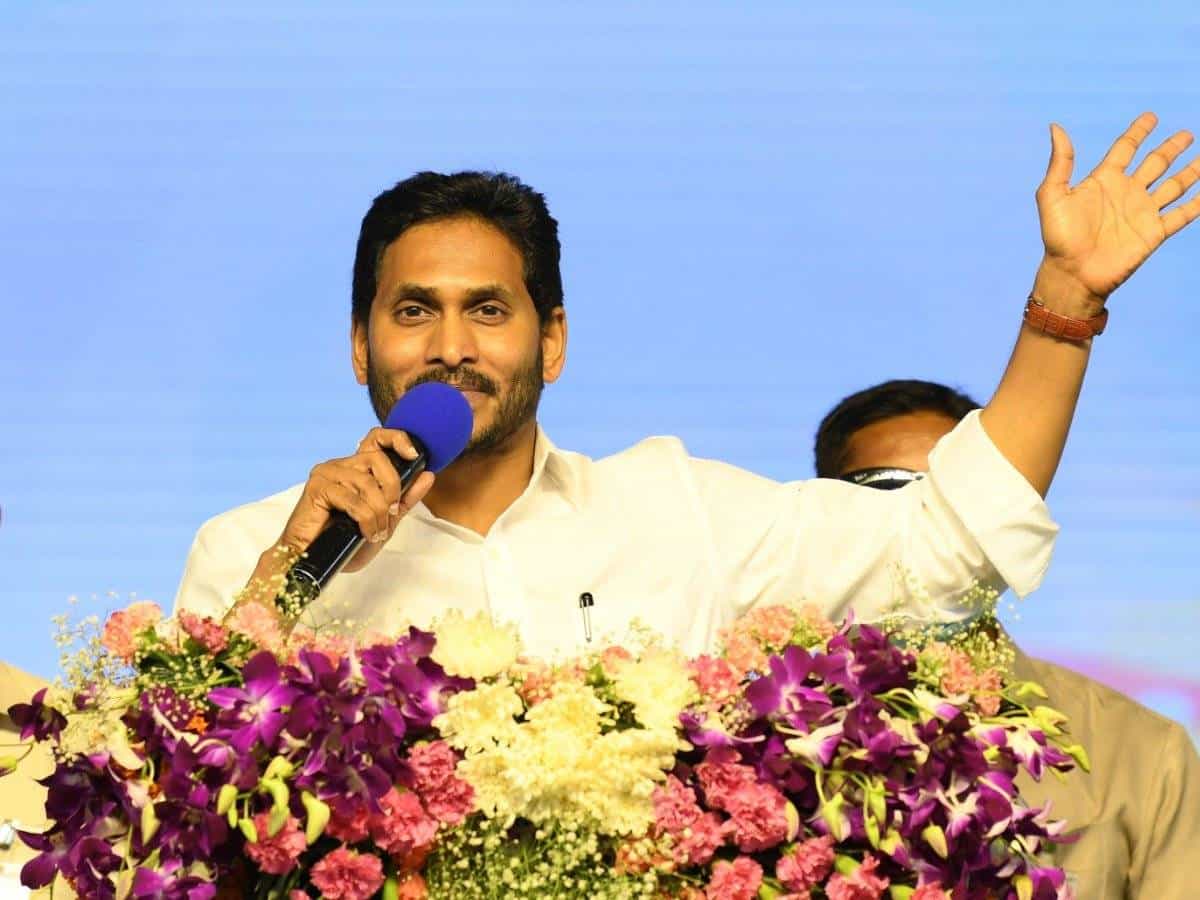 Reiterating that his YCP government is providing corruption free benefits to the public, AP CM YS Jagan took a swipe at the main opposition Telugu Desam. At the third installment launch of ‘Jagananna Kapu Nestham’ in Kakinada, Jagan added that his government is not seeing race, religion, caste and political party affiliation for people to get government sponsored welfare schemes.

“For the schemes that are being implemented by my government, I just need to press a simple button. The moment I press it, the money will directly get transferred into the bank account of beneficiaries. This is called Direct – Benefit – Transfer (DBT). Whereas the previous government, they followed the DPT policy which is ‘Dochuko… Panchuko.. Tinuko,” said Jagan.

Being an initiative for the Kapu community, Jagan also poked Jana Sena chief Pawan Kalyan. “While my government is working to uplift every community, ‘Datthaputrudu’ is working for TDP’s best interests. He wants to summon at least a margin of (Kapu) votes to Telugu Desam in the next elections,” said Jagan.

Criticizing Pawan is evident that CM Jagan is slightly feeling insecure about the Jana Sena’s influence among the Kapu community across the state. In recent times Jana Sena up-ed their protest against YCP government and this reflected on Jagan’s statements in this meeting.