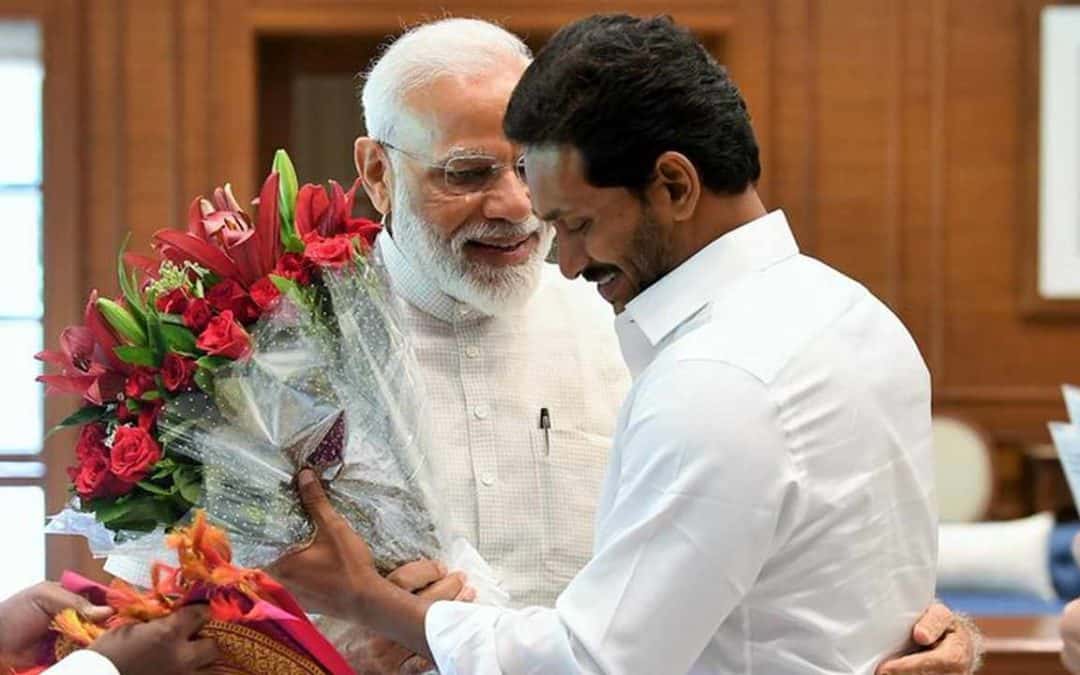 The YCP leaders are blaming the Centre for not disbursing it’s share of funds to the states properly. Never before had the YCP government raised its voice against the central government in the public in the last couple of days, Chief Minister Y.S. Jagan Mohan Reddy, party MP V. Vijayasai Reddy and a few others have been expressing their dissent regarding the same.

Jagan Mohan Reddy, during his visit to the flood-affected areas in Konaseema, said that it was the responsibility of the Centre to release the relief packages. Further, he said the Centre had not released Rs 20,000 crore dues for the Polavaram project. The government will ensure that these funds are released and is ready to fight for the same, if need be, he said.

These word have taken the people by surprise because never had Jagan Reddy been aggressive against the Centre in the public.

While addressing the media, YCP MP V. Vijayasai Reddy said the Centre should introspect before pointing fingers at the states and objecting to taking debts. In fact, Andhra Pradesh is in a better position compared to the Centre, the MP said.

He said that the TDP chief N. Chandrababu Naidu and the BJP leaders were intentionally running a smear campaign regarding the financial health of the state. He alleged that the Centre was not disbursing funds to the states in a justful manner even when its income through various taxes has increased.

In fact, there is nothing to worry about the financial condition in the state under the efficient leadership of Jagan Mohan Reddy, he said and suggested that the Centre stop admonishing states and question itself about the economic condition in the country.

In the last three years, never had the CM or the party MPs dared to criticize the Centre in the public. Now, they are slamming it and there is a doubt if the YCP government has begun attempts to blame the Centre for the paucity of funds in the state as the elections are drawing nearer.

It is a known fact that the central government is not caring a hoot about the interests of the states and is Jagan trying to highlight the same, ahead of the elections?