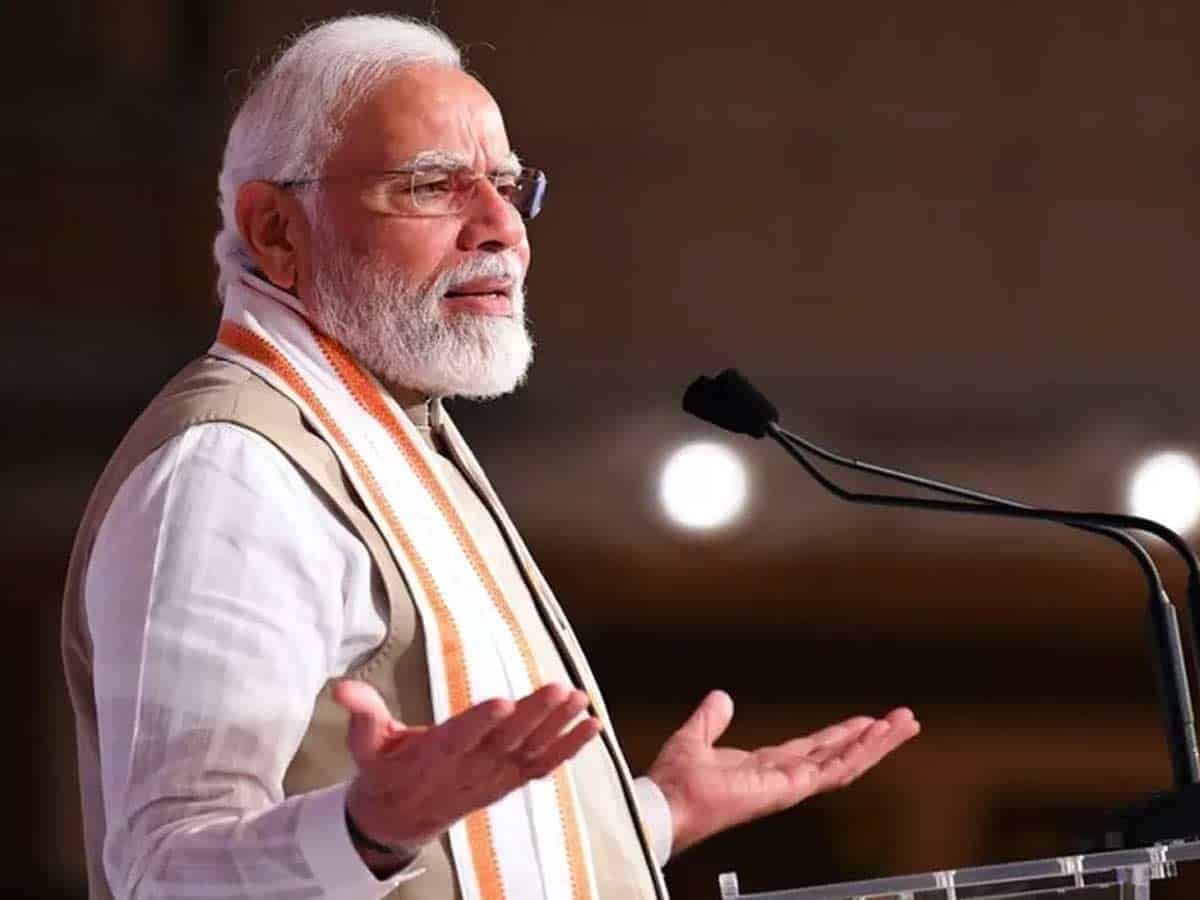 Prime Minister Narendra Modi-led NDA is likely to clinch power by winning 362 Lok Sabha out of the total 543 seats, if the Lok Sabha elections are held immediately, according to an opinion poll held by the India TV-Matrize News Communication.

The results of the poll ‘Desh Ki Awaz’ predicted that the Congress-led UPA would win only 97 LS seats if elections were held while others, including the regional parties and independents, were pegged at 84 seats. If elections are held now, the opinion poll says NDA would get 41% of the votes while the UPA would get restricted to 28% and others are projected to bag 31% votes.

The survey found that NDA is likely to get 41 per cent votes, UPA 28 per cent and others 31 per cent.

With regard to the states, the NDA could win 76 of the 80 LS seats while the UPA and others are projected to win two seats each in Uttar Pradesh.

In Bihar, the NDA may win 35 of the total 40 seats while the UPA would win the remaining five seats.

Coming to the Telugu states, the NDA is projected to win 6 of the total 17 LS seats in Telangana while the UPA would get only 2 and others, including the TRS, would win 9 seats.

In neighbouring Andhra Pradesh, the survey found that both the UPA and NDA would draw a blank while others, including the YCP, would win 25 seats.

In Tamil Nadu, the DMK-led UPA is projected to get 38 out of a total of 39 seats, leaving the remaining one seat to the NDA. In Kerala, the non-BJP opposition can win all the 20 LS seats in the state.

In Maharashtra, the NDA is likely to win 37 out of the total 48 LS seats while the remaining 11 would be secured by the non-BJP opposition parties.

Nearly 48 per cent of the respondents said that they would like to see Narendra Modi as the Prime Minister again while 11 per cent voted for Rahul Gandhi in the position.

Over 8 per cent wanted West Bengal CM Mamata Banerjee as the PM while 7 per cent voted in favour of Sonia Gandhi, 6 per cent each in favour of Mayawati and Sharad Pawar, 5% voted for Delhi CM Arvind Kejriwal, 4 per cent for Nitish Kumar, and 3 per cent of the participants preferred to see Telangana Chief Minister K. Chandrasekhar Rao as the Prime Minister. Over 2% of the respondents wanted Priyanka Vadra in the PM post.