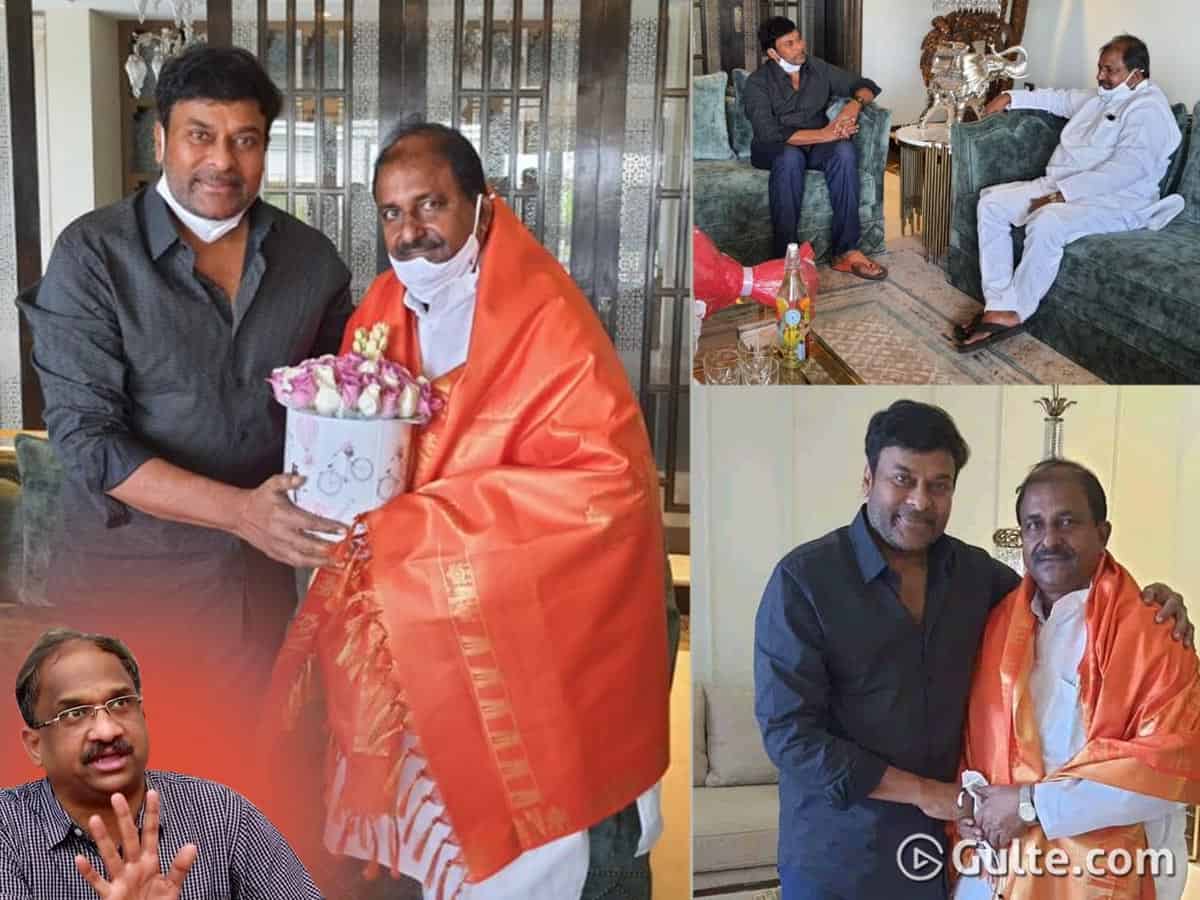 Chiranjeevi is undoubtedly a Mega Star having millions of fans despite his political flip-flop. Obviously, the BJP which is looking for a popular face in Andhra Pradesh loves to have a charismatic personality like Chiranjeevi despite his disastrous stint in politics so far.

Though Somu Veerraju tries to underplay the political overtones of the meet, the fact that Chiranjeevi reportedly wished for BJP-Janasena government in 2024, reveals more than what is being claimed. Chiranjeevi merged his Prajarajyam with congress much to the disenchantment of those who hoped to see in him an alternate third force.

Chiranjeevi’s meeting with BJP leader was a continuation to Janasena joining hands with the saffron party. Yet another mega brother, Nagababu demonstrated his ideological affinity with sangh parivar when he openly praised Gandhiji’s assassin, Nathuram Godse as a patriot. The sum total of these developments is a clearly discernible saffron embrace of mega family.

Not just popular face, the BJP’s penchant for mega family also lies in its consummate politics of social engineering. The BJP selectively chose kapus to head the party.

But, Chiranjeevi despite winning reasonably good number of votes and seats in 2009 could not steer the party through political headwinds. He reconciled to a junior minister in union ministry for merging his prajarajyam with congress. Janasena has much more feeble presence when compared to prajarajyam too.

The BJP that is incurring the wrath of Andhra people first on denial of special status and subsequently for its diabolical stand on Amaravati, only hopes for a miracle to radically alter its political fortunes.

But, the saffron party wants to eat into the TDP’s socio political base to emerge stronger. Such a shift from TDP can only be possible with a popular face at the helm. Chiranjeevi has been silent even when the state was witnessing an unprecedented political slugfest. His alarming silence on special status and rights of Amaravati farmers would invite serious criticism once he makes a political reentry.

It is difficult to conclude any definite political conclusion on the political choices of mega star. But, the meet and the subsequent reports emanating from it clearly reveals that Chiranjeevi’s political and personal sympathies lie with his younger brother Pawan Kalyan led Janasena and its new found ally BJP.