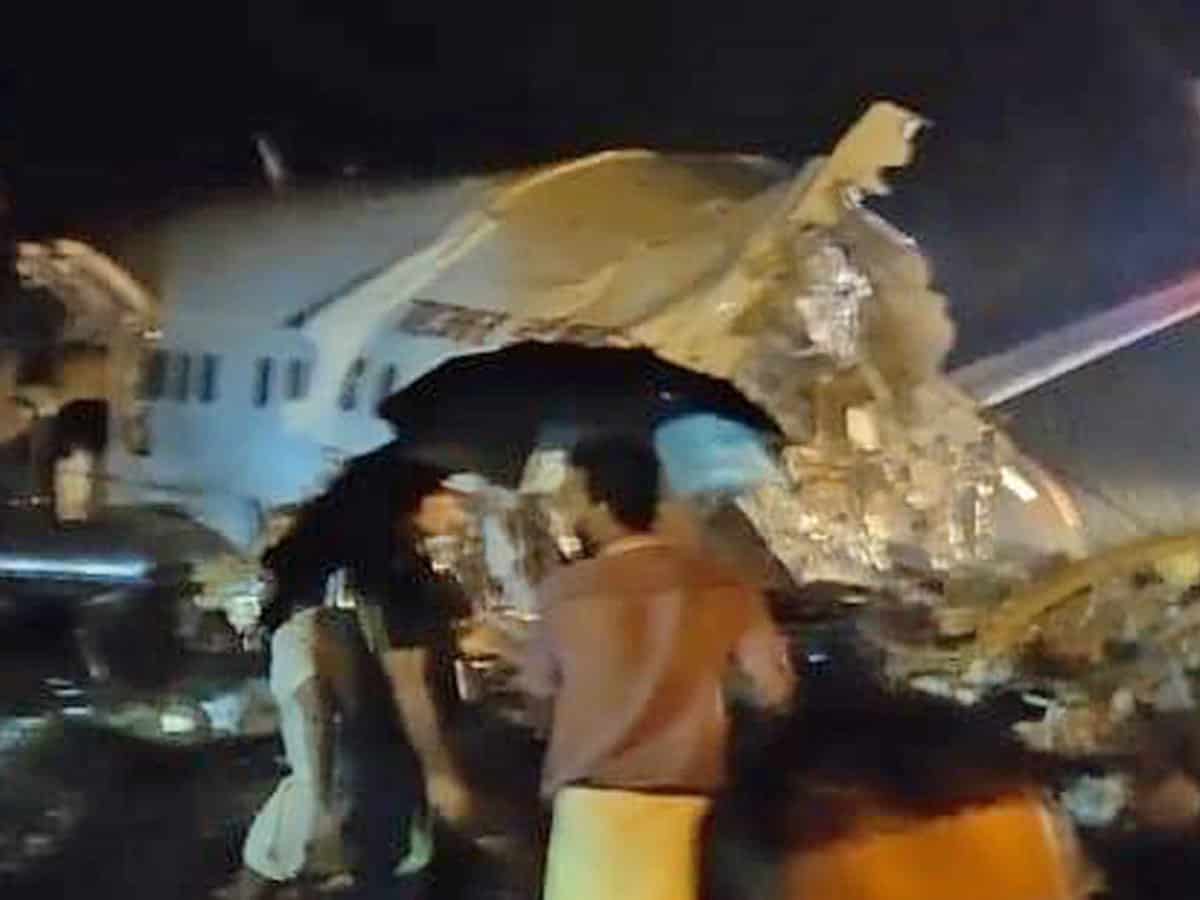 An Air India Express plane from Dubai-Kozhikode flight, carrying 191 passengers and 6 crew members including two pilots, met with a major accident when the plane crashed during its landing at Kerala’s Kozhikode today evening. The fateful plane IX-1344 landed on Runway 10 at 7.40 pm in heavy rain and the plane continued running till the end of the runway and fell down into a 30-feet valley. The plane broke into two major pieces and also broke into several small pieces.

According to media reports, two casualties have been reported. Pilot and co-pilot are reportedly killed in this fatal accident. As per reports 40 passengers are believed to be injured and the number of casualties are expected to increase.

As soon as the accident took place, about 24 ambulances and fire tenders were rushed to the Karipur airport. The rescue operations are underway. Karipur Airport in Kozhikode is a tabletop airport like the one in Mangalore. However, the reasons for the accident are yet to be known.

“Air India Express flight IX 1344 operated by B737 aircraft from Dubai to Calicut overshot runway at Kozhikode at 1941 hrs tonight. No fire reported at the time of landing. There are 174 passengers, 10 Infants, 2 Pilots and 5 cabin Crew on board the aircraft. As per the initial reports rescue operations are on and Passengers are being taken to hospital for medical care. We will soon share the update in this regard,” Air India issued a statement on the incident.

In a statement, the Directorate General of Civil Aviation (DGCA) said the plane landed in heavy rain and after landing at Runway 10, it continued running until the end of the runway and fell down in the valley and broke into two.

Union Home Minister Amit Shah said, “Distressed to learn about the tragic accident of Air India Express aircraft in Kozhikode, Kerala. Have instructed NDRF to reach the site at the earliest and assist with the rescue operations.”