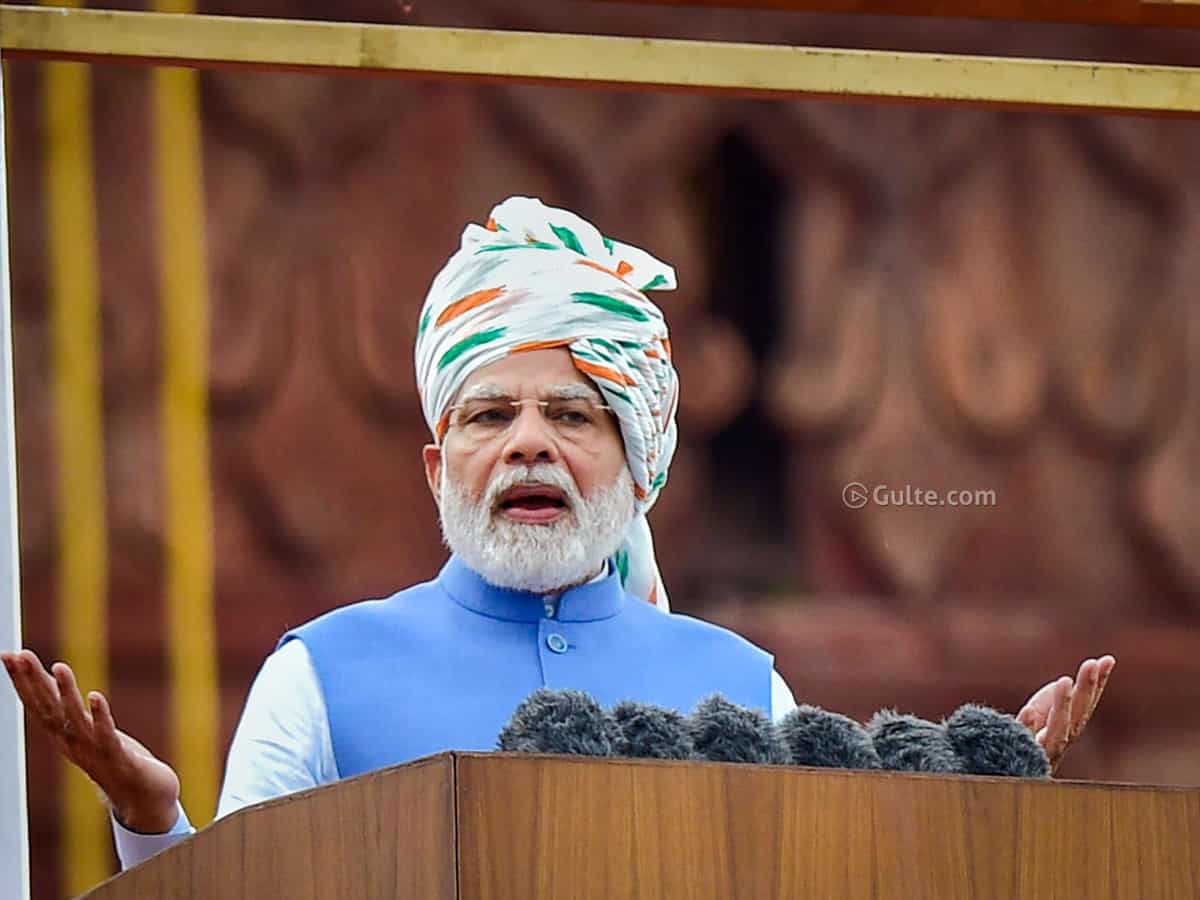 The whole country is celebrating 75th Independence Day and Prime Minister Narendra Modi addressed the nation after hoisting the tricolor national flag at Red Fort. In his speech Modi thanked the sacrifices of Gandhi, Subhash Chandra Bose, Babasaheb Ambedkar, Veer Savarkar and others.

There are two big challenges for the country and they are corruption and dynasty (nepotism), said Modi. “Corruption is damaging country like termite, and the country will have to fight it. We need to be alert against corrupt as well as corruption. Another evil we need to come together to fight is nepotism, I seek support of all Indians in this fight,” said Modi.

Setting goals for 100th Independence Day, the Prime Minister put forward five pledges and they are that India should be a developed nation in 2047, removing any sign of servility, pride in heritage, unity and fulfilling our duties. Urging the youth of this nation, PM Modi said, dedicate the next 25 years of their lives for the nation’s development. We will work towards the development of the entire humanity.

Indirectly raking up the language issue, PM Modi added that sometimes our talent is restricted by language barriers, we need to be proud of every language in our country. There is a need to promote cooperative competitive federalism among states.

On Black money, Modi made a key statement that in the last 8 years, Aadhar, DBT, and mobiles were used to find Rs 2 lakh crore of black money. It is our effort that those who have looted the country will have to pay back.

The slogan of ‘Atmanirbhar Bharat’ was yet again taken up by Modi. For the first time in 75 years, made-in-India guns have been used in the ceremonial 21-gun salute from Red Fort. The Advanced Towed Artillery Gun System (ATAGS) developed by the defence organisation DRDO is the flagship product of PM Modi’s ‘Make in India.’