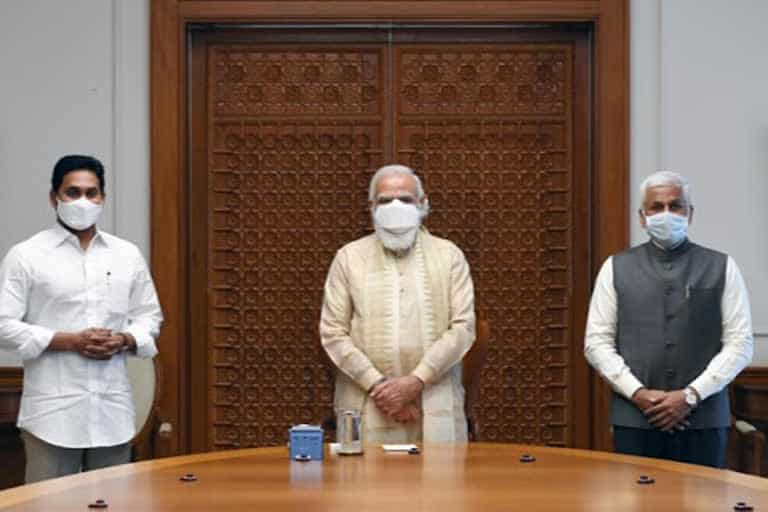 In what is being termed as a sweet revenge on the United Kingdom, our colonial ruler for over 150 years, India has surpassed the UK’s GDP in the country’s 75th year of independence. India now stands next to the USA, China, Japan and Germany to be the 5th largest economy in the world.

And YSRCP’s Rajya Sabha MP Vijayasai Reddy has given credit to his master and Andhra Pradesh chief minister YS Jagan Mohan Reddy and PM Modi for the historic feat pulled off by India. Vijayasai took to his Twitter on Sunday morning and tweeted, “Proud to learn that India has overtaken UK to become the world’s 5th largest GDP. 10 years back India was 11th. Under @PMOIndia, India has become the fastest growing economy.”

In a desperate bid to hail YS Jagan, Vijayasai Reddy surprisingly linked AP’s development to India’s GDP feat out of nowhere. “Under @YSJagan Andhra has become the fastest growing State. AP under the able leadership of Hon’ CM @YSJagan garu has ranked among the top 3 larger states in overall implementation of Centre’s Poshan Abhiyaan according to Niti Aayog,” the MP tweeted.

Not stopping there, Vijayasai Reddy also claimed that the latest news is a “testament to the state govt’s fruitful execution of ‘welfare schemes’, which are not ‘Freebies’.” Needless to say, Vijayasai Reddy’s tweet, particularly when even reputed economists and finance experts are expressing severe concerns over the sad state of affairs of Andhra Pradesh’s feeble economy and mounting debts, is leaving everyone in splits.