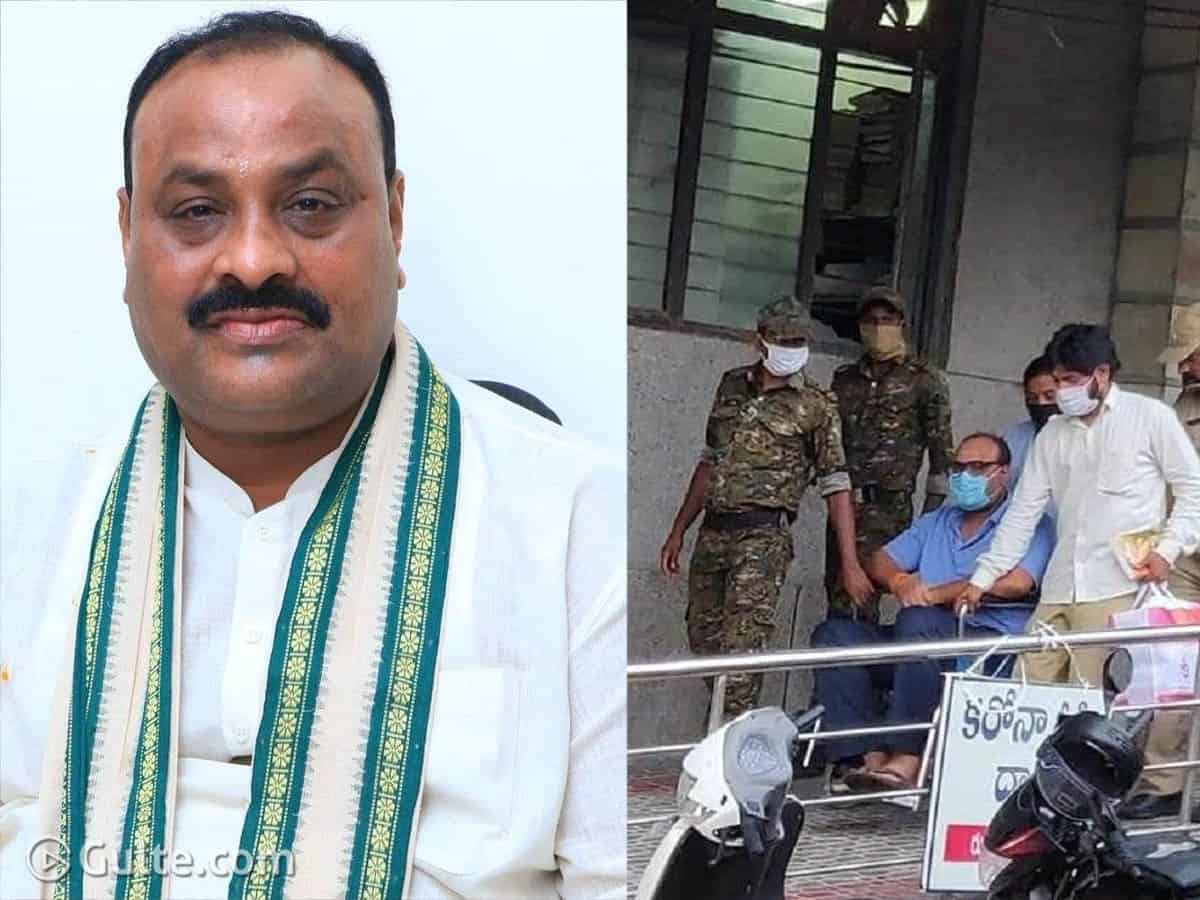 TDP senior leader and former labour minister Atchannaidu, who is facing allegations in regards to the Rs 150-crore Employees State Insurance (ESI) scam, has been tested positive for Corona Virus. Atchannaidu’s advocate has corroborated the news. Atchannaidu is currently being treated at Ramesh hospital in Guntur.

Of late, Atchnnaidu’s health is not so good. First he underwent a piles surgery. He later admitted to Guntur’s Government General Hospital (GGH) for a second surgery when the first surgery wasn’t so successful. Amidst his health issues, he being tested Corona positive is worrying his followers in Tekkali Assembly constituency.

Atchannaidu was arrested by ACB on June 12 in connection to the ESI scandal. He is facing the charge of irregularities in producing medical supplies and equipment at ESI hospitals. He was produced before the magistrate in Guntur and sent to 14-day judicial custody. Later, he was admitted to GGH following health complaints.

Meanwhile, a team of doctors at Ramesh Hospitals, Guntur confirmed that Atchannaidu’s condition is stable and nothing to be worried about. He is currently treated for Covid-19. Since Atchannaidu is in judicial command and getting treated at hospital, his advocate is going to present his latest health reports to the High Court over him tested Covid positive.