Jagan Focuses On ‘Amaravati for Sale’? 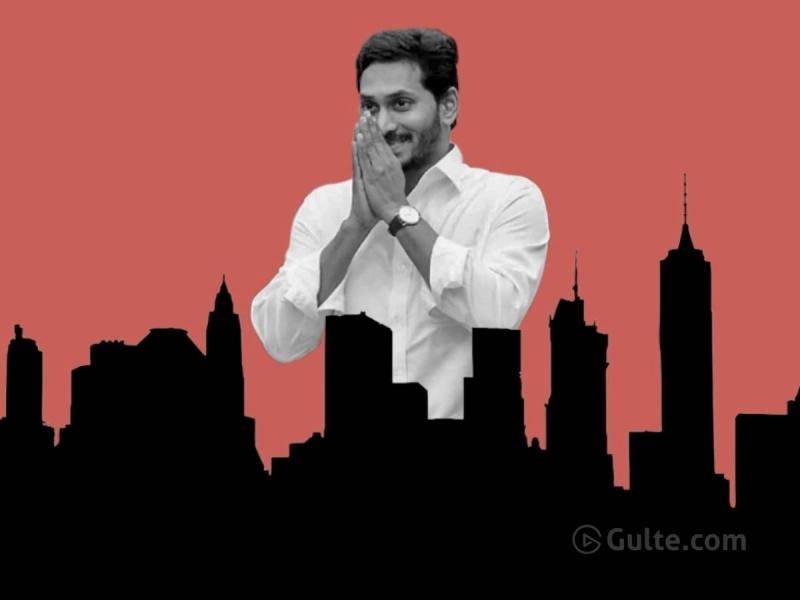 The High Court is dealing with the numerous petitions filed by the Amaravati Capital farmers and even with the APCRDA Repeal Act and Three-Capitals Bill, to which the Governor gave his assent, but AP Chief Minister Y.S. Jagan Mohan Reddy seems to be in a hurry to shift the Capital now itself.

At the same time, he is reportedly trying to find out what should be done with the incomplete buildings which had already been built in Amaravati by the previous TDP government.

The CM reportedly directed the officials to weigh all the options and suggest a method to generate income from those buildings.

Municipal administration minister Botsa Satyanarayana, in a press release after the AMRDA meeting, said that the CM directed the officials to focus on completing the incomplete projects, completion of the Happy Nest project and pooling in the necessary economic resources.

The CM had directed that works should be taken up in Amaravati and we will soon do it, he asserted. To a query on what would the government do after completing the buildings, the minister said they have an action plan for it. “We will complete the buildings as per the requirement. This may involve an expenditure of Rs 1,000 crore, Rs 10,000 crore or even more. We will not waste money on unnecessary things or show any graphics to the public,” he said.

However, it was learnt that the main focus was on how to sell away the residential towers built for the ministers, MLA, judges, higher officials and the other employees.

Soon after coming to power, the YCP government had stalled all the projects in Amaravati. Works relating to over 60 huge residential complexes were put on hold for various reasons. Some of these towers reportedly are 70 per cent complete.

In the meeting, it is learnt that the officials suggested that the national body associated with buildings be roped in to assess the value of the land and the buildings. At the same time, the officials also indicated that the land in Amaravati should be used for a better purpose as it cannot be given back to the farmers.

The farmers in the Capital region complained that they cannot take back the land as suggested by the CM because it cannot be cultivated as their fields remained without watering for the last 3-4 years and moreover, roads and other structures have come up in a fe fields. Even if the roads are removed, the land cannot be readied for cultivation again, agriculturists say.

The officials reportedly told the CM that around Rs 10,000-Rs 15,000 crore would be needed to complete all the residential complexes in Amaravati.

Earlier, the YCP government had plans to complete these buildings and then put them for sale to make money and it asked the CRDA to submit a report on the whole matter. The CRDA, in its report, said the government could earn thousands of crores by selling them.