Ye Reddys, come to my house and you will be shot dead: RRR 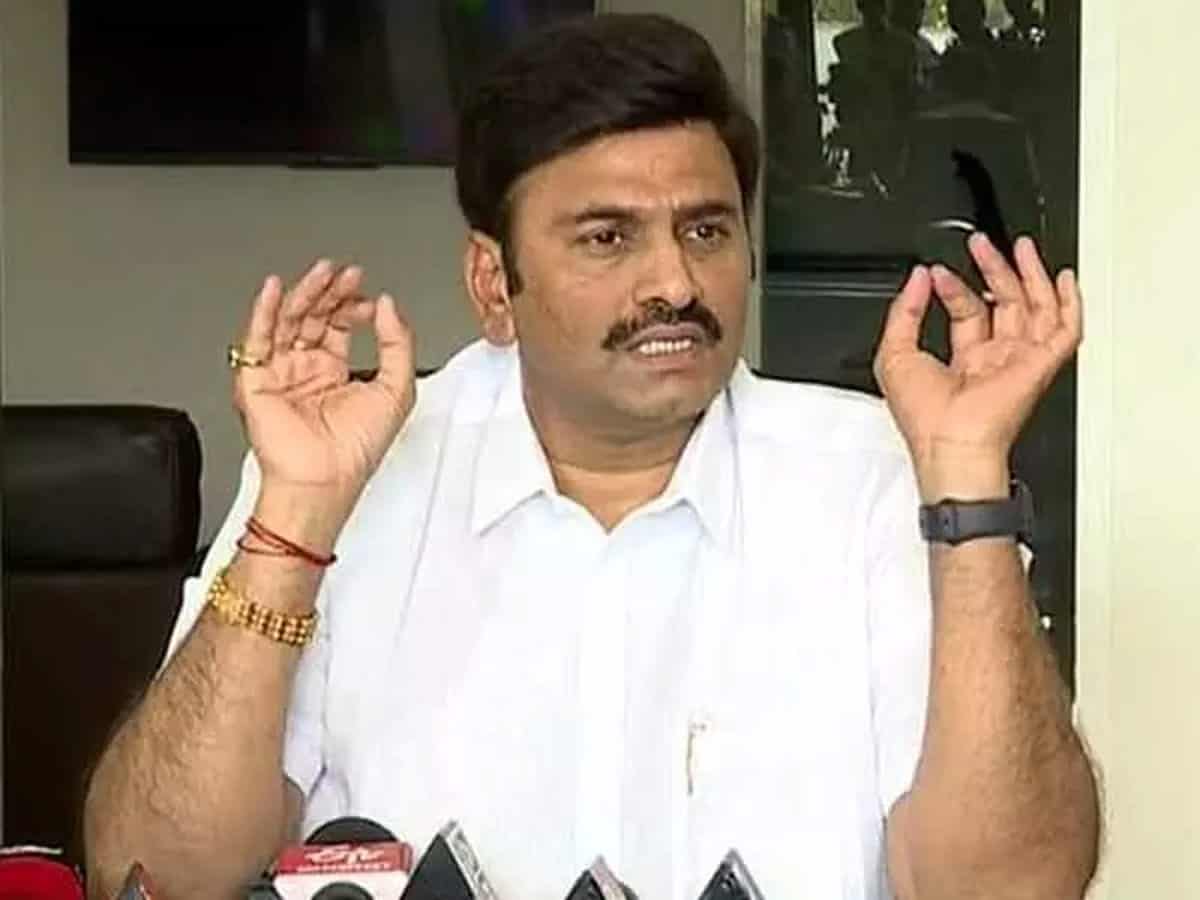 Narsapuram MP Raghurama Krishnam Raju slammed the YCP government and hit out full throttle at those making threat calls to him. He seems to have warned the Reddy community in the strongest terms not to instigate or annoy him.

He told the media in New Delhi that “First it was YS Reddy, yesterday it was Rami Reddy it seems. They demanded that I should resign and they also said, “Ninnu lepestaam na kodaka”. I have all their phone numbers and I can give a complaint but there is no guarantee that you (indirectly hinting at CM Jagan) would take action. Even your followers do not speak. It would be better if you can tell your DGP to give some assurance to me. I am hesitating to give a complaint because I will feel belittled if there is no action.”

He asked those threatening him to come to his house and warned that the CRPF personnel would shoot them down. “Ye Reddys, you will be shot dead,” he warned.

Reacting sharply to the demand of the stalkers that he should resign, he said, “I won the elections due to my clout also. People voted for me. I agree that CM Y.S. Jagan Mohan Reddy’s picture also helped me win the polls but my charm also helped me in my victory. Why should I resign? Useless fellows. You do it because you have won the polls making false promises. You said that Amaravati will remain as the capital of AP but are now shifting it to Vizag. You have to resign. Be careful.”

He indirectly hinted at Chief Minister Y.S. Jagan Mohan Reddy when he spoke of the stalkers. “If every “vedhava” keeps calling me and asks me for “rajinama”, guba pagilipoddi.” “I am telling you sitting before the media that I will not resign.”

Though he gave credit to Jagan also for his victory in the polls, he said even his stature and charm also played a role in it.

He fumed at those calling him up and irritating him with unnecessary demands not to worry about his wig too. “Orey, naa bocchu gurinchi neekenduku?” He warned them not to irritate him and land in such an awkward situation where they would have to resign and quit their posts. “Be in your limits, control your emotions and don’t provoke me unnecessarily.”

He said that he gave 90 per cent credit to CM Jagan in his victory but reminded that he got a 7% per cent majority which was truly his own.

The YCP MP said that he had sought action against those making unfair comments on him on the social media. “But there was no response either from the CM or the CS,” he lamented.

Time and again, the Narsapuram MP has been issuing warnings to the YCP leaders and activists, for going overboard and making unsavoury remarks against him. He said it in clear terms that he would not tolerate such acts from the Reddys henceforth.