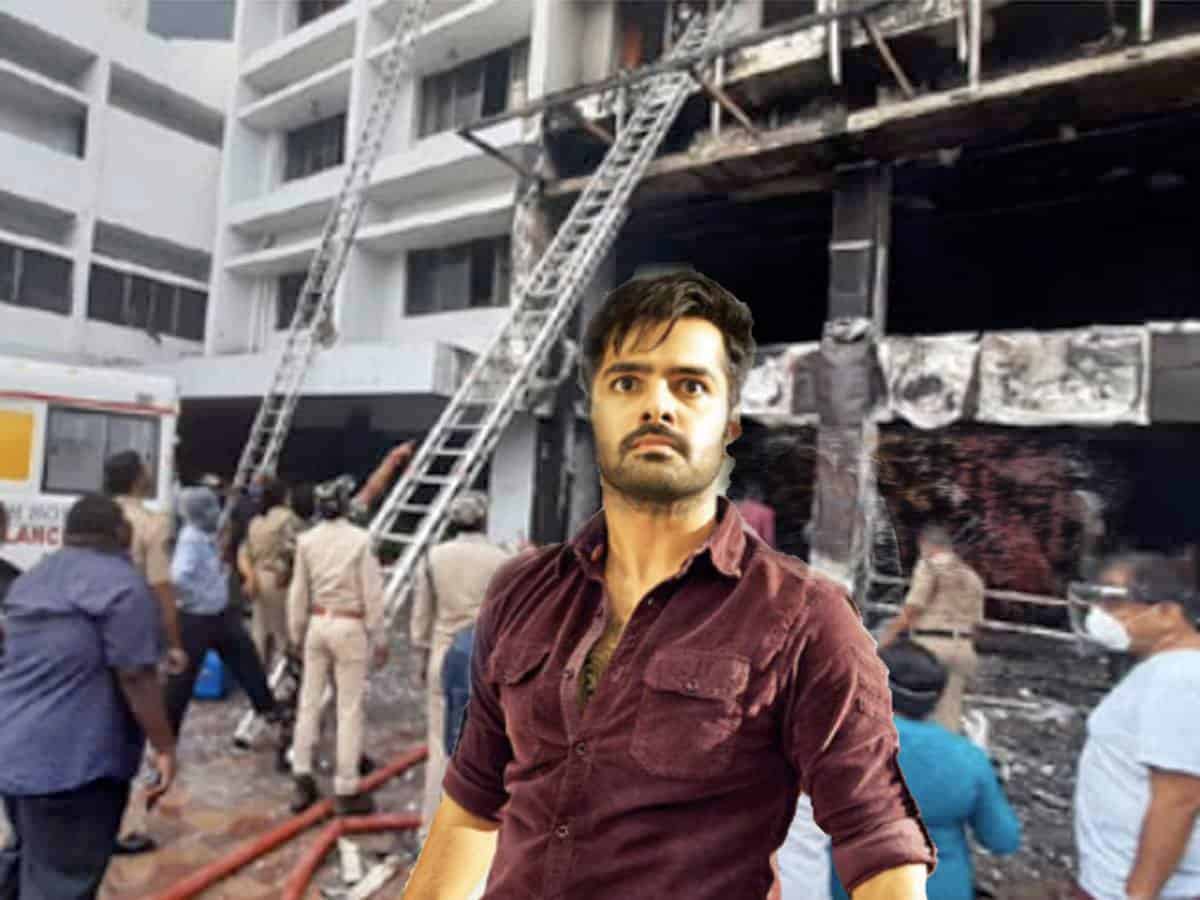 Ever since a major fire mishap took place at a Covid centre at Swarna Palace Hotel, Vijayawada, which was managed by Ramesh Hospitals, the whole issue has taken a political turn with the blame game between ruling party leaders and opposition party leaders.

While a section of the ruling party leaders added the caste colour to the incident and tried to drag opposition TDP into this. Naturally, amidst this political mudslinging, Ramesh Hospitals became the centre of the controversy.

In the wake of the allegations and political targeting by some leaders, Tollywood Hero Ram Pothineni, whose immediate relatives own and manage Ramesh Hospitals, has directly stepped into the issue and responded over the ongoing controversy. Ram has not just responded but he escalated the matter to CM YS Jagan.

Usually reticent and soft-spoken Ram Pothineni, who always stays far off from politics, shocked everyone by responding on the issue and appealed to CM Jagan. In fact, Ram made some startling claims that a big conspiracy is taking place in AP right behind CM Jagan.

In a series of tweets, Ram made his stand clear and appealed to CM Jagan to look into the whole issue in an unbiased, non-partisan manner. He asked the government administration, officials and people to not blame doctors and hospitals for a fire accident that had taken place at Swarna Palace Hotel.

Ram said the fees were directly charged by the Hotel Management of Swarna Palace and it had nothing to do with the Ramesh Hospital which was only giving medical support. He said the same Covid centre was earlier a Quarantine Center run by AP government a week ago and who would be blamed had the fire mishap took place when it was under state government control.

Taking to Twitter, Ram wrote, “SWARNA PALACE was a QUARANTINE CENTRE run by the GOVERNMENT until RAMESH HOSPITAL took permission to convert it into a Covid Care Centre when REQUESTED by the GOVERNMENT! HAD THIS FIRE ACCIDENT TAKEN PLACE 3 weeks earlier when it was RUN by the GOVERNMENT, WHO WOULD THEY BLAME?”

Ram further clarified on the allegations of fees charged by Ramesh Hospitals in Covid treatment. He made it clear that the fees are charged by Swarna Palace and not by Ramesh Hospitals. He wrote, ” FIRE + FEES = FOOLS DIVERTING the issue from FIRE to FEES …. only to FOOL all of us?
FEES Clarification: the Billing was done DIRECTLY by SWARNA PALACE HOTEL as they were RESPONSIBLE for the MANAGEMENT!
DOCTORS are NOT RESPONSIBLE for the FIRE safety!”

Ram alleged a conspiracy to “defame” Jagan government. He tweeted, “I doubt there’s a HUGE CONSPIRACY to show the CM of AP in bad light.I request @ysjagan garu to look into it as a few people under him might be doing this without his knowledge.This is causing huge damage to his reputation & Honest approach,amongst all of us!