Pics: That’s Something We Need To Appreciate CM Sir 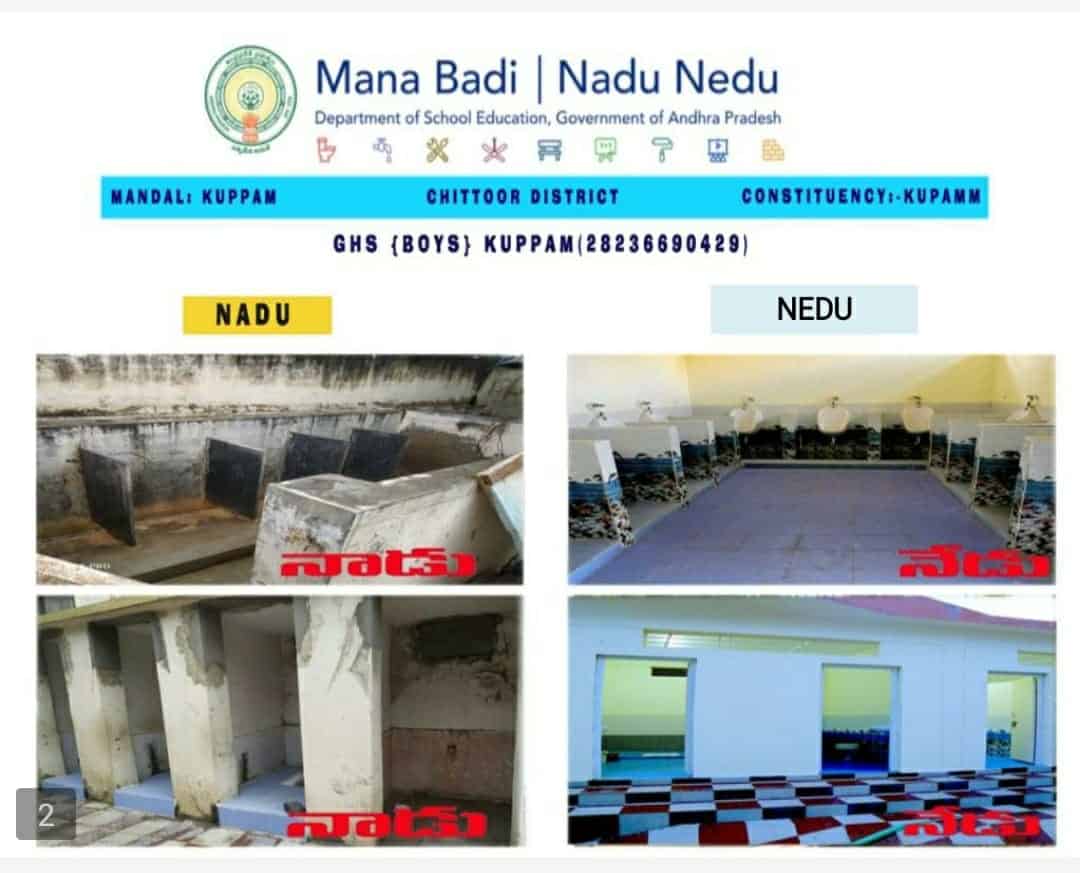 AP CM Jagan has brought many reforms in the education sector ever since YCP formed the government in the state. Be it introducing English medium or the CBSE syllabus, Jagan’s efforts are partly showing results.

And on that note, Jagan’s government has transformed the schools and the amenities inside the schools in TDP chief Chandrababu Naidu’s Assembly constituency Kuppam. At Naravaripalli which is Naidu’s birth place, the MPP schools received a major renovation and it’s a perfect environment for kids to study and play.

Sharing the pictures of ‘THEN’ and ‘NOW’ the YCP’s Twitter handle criticised Chandrababu Naidu. “Naidu never bothered about the schools in his own constituency and his hometown. Today, the same schools have all the infrastructure and they are done under CM Jagan’s flagship program ‘Manabadi – Nadu Nedu,” tweeted YCP handle.

The pictures speak for themselves and Jagan truly deserves applause for transforming the schools and creating a favourable environment for the students.

Though this can be a non-political thing, Jagan has laid special focus on Kuppam and he is confident that if his government works as per Kuppam people’s aspirations, Naidu can be defeated in the next polls.

And 22nd of this month, Jagan will be touring Kuppam. The funds for the third installment of YSR Cheyutha will be released and Jagan has picked up Kuppam to release the money for the beneficiaries.