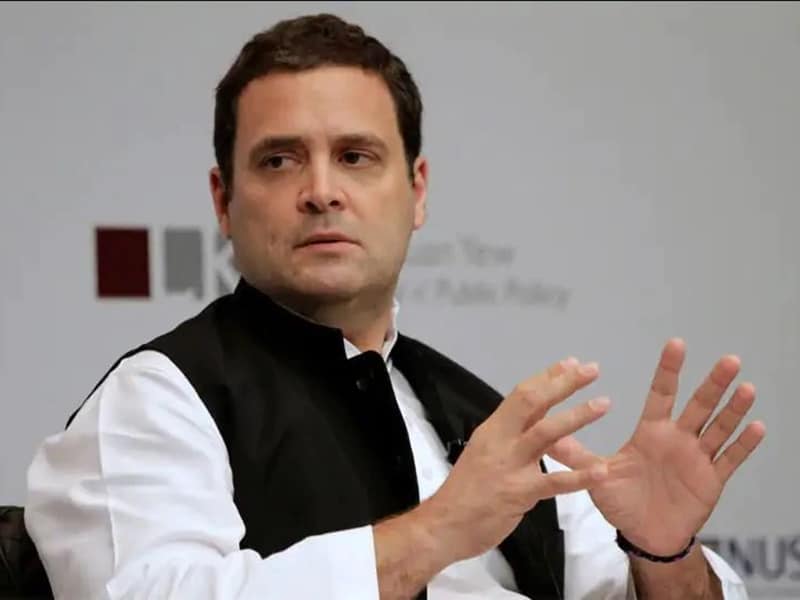 In a startling allegation, Congress’s Rahul Gandhi alleged the ruling BJP government of controlling Facebook and WhatsApp and alleged them of spreading ‘fake news and hatred’ through them and using it to ‘influence the electorate’. Rahul Gandhi has cited a news report published by a US media house.

Rahul shared the article published by the Wall Street titled “Facebook Hate-Speech Rules Collide With Indian Politics’. The article talked about BJP leader Raja Singh’s controversial statements on Facebook and how some of his comments had ‘violated’ Facebook’s hate-speech. However, the article said Facebook couldn’t take action on Raja Singh’s account and couldn’t ban him ‘permanently’ from the company’s platforms world-wide as Facebook’s top public-policy executive in India Ankhi Das reportedly “opposed” it.

This report in Wall Street journal has kicked up a debate with Congress and opposition parties picking it up. Congress’s Rahul Gandhi alleged that BJP and RSS are controlling Facebook and WhatsApp.

“Losers who cannot influence people even in their own party keep cribbing that the entire world is controlled by BJP & RSS. You were caught red-handed in alliance with Cambridge Analytica & Facebook to weaponise data before the elections & now have the gall to question us?” Ravi Shankar Prasad wrote on his micro-blogging page.

It can be noted that In 2018, Cambridge Analytica (CA) whistleblower Christopher Wylie said the controversial data analytics firm “worked extensively” in India, and named Congress as its client while testifying before the UK Parliament.

Meanwhile, Rajya Sabha MP and BJP’s national general secretary Bhupendra Yadav wrote,”As usual, @RahulGandhi has latched on to a baseless foreign media report to link BJP and RSS to hate and hate speech. This is an old project of the Congress. In the absence of any new vision, the Congress continues to peddle the same lies.”