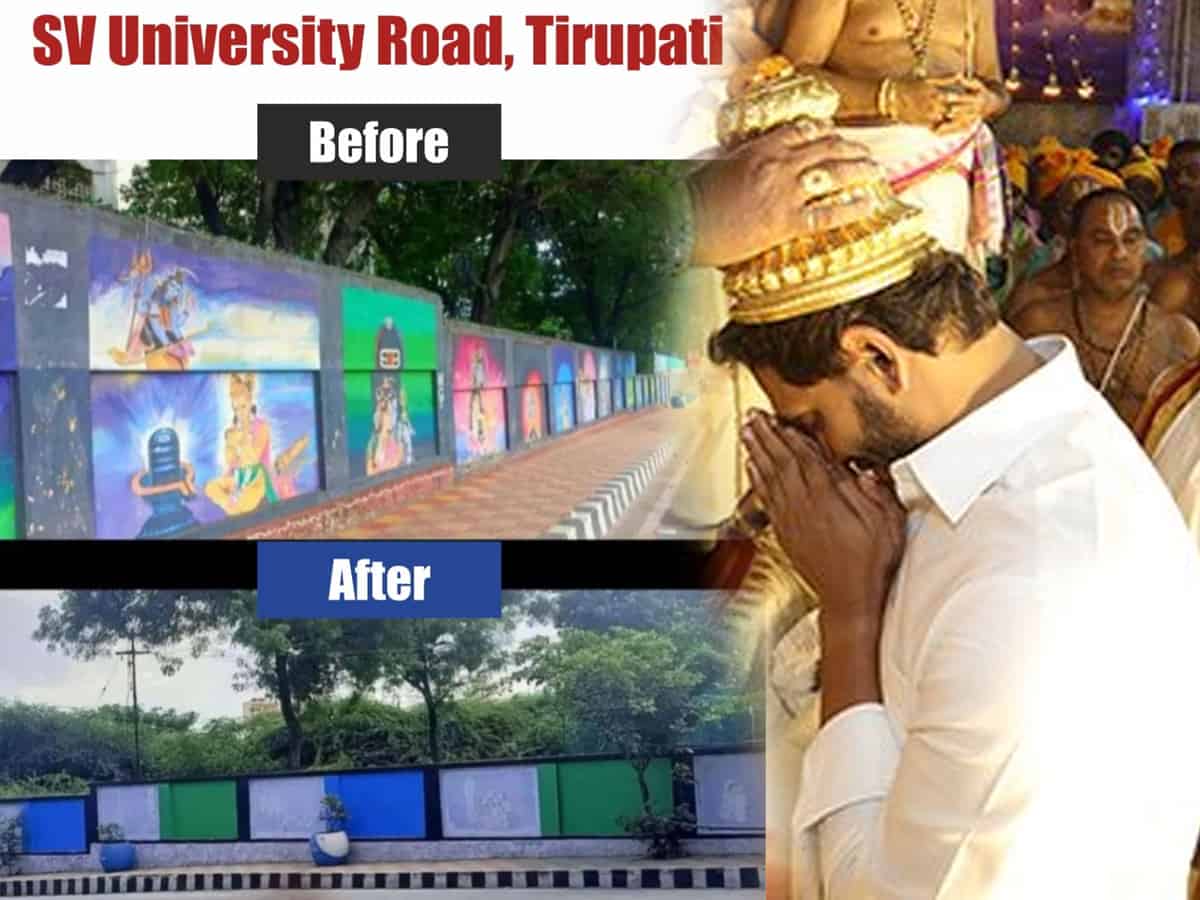 Meanwhile, the overenthusiasm of YSRCP’s Tirupati leaders ahead of Jagan’s Tirupati visit has landed the CM in a fresh controversy. In a shocking act, images of Hindu gods painted on the city walls were whitewashed and then replaced with the YSRCP party colours. Netizens and opposition leaders are fuming on Jagan over this outrageous act.

Former AP CM Nara Chandrababu Naidu took to Twitter and breathed fire on Jagan. “Shocked to see images of Hindu Gods & Goddesses in the temple town of Tirupati being replaced with party colours of ruling YSR Congress Party. Devotees are seething with anger over these targeted acts of insulting Hinduism,” Chandrababu tweeted.

On the other hand, Jagan and YCP supporters are refuting these claims and are maintaining that no Hindu gods have been replaced with the party colours and that the images and viral social media posts are nothing but a brazen act of mischief to damage Jagan’s image. However, several Tirupati locals are hitting the city streets and are posting videos online to counter YCP’s claims.