KCR To Buy A Chartered Flight 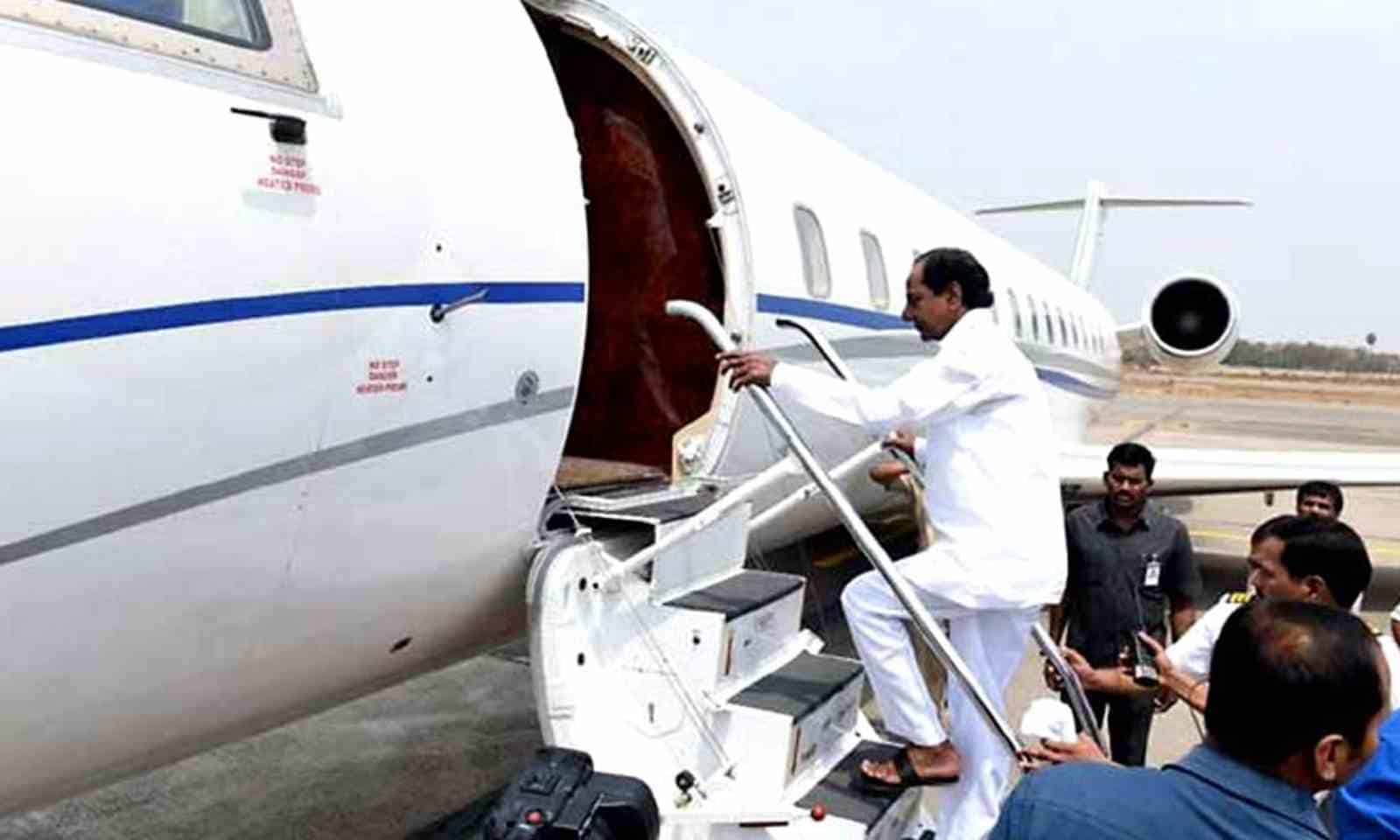 Ten TRS leaders have made voluntary donations for the purchase of this aircraft. Among the leaders who gave donations, three are from Khammam district, one is from Nalgonda district and the other is from Karimnagar district. The names of the leaders are not being disclosed by the TRS insiders but one is popularly circulating in media circles and it is of ex-Khammam MP Poguleti Srinivas Reddy.

Taking a dig at this T-PCC chief Revanth Reddy commented in a satirical manner. “Never met families of martyrs, families of farmers who have committed suicide. Did not step out of the a/c room in Pragathi Bhavan and farm house. Now he bought an aircraft to roam all over the country,” tweeted Revanth.

Coming to KCR, he offered special prayers at Yadadri temple today. Previously KCR pledged to donate gold metal for the temple’s Gopuram and accordingly he donated one kilo and sixteen tholas of gold to the temple. The registration documents of the national party will be placed at Lakshmi Narasimha Swamy idol for blessings.

Besides Yadadri, KCR is also expected to visit Bhadrakali temple in Warangal but this schedule is not finalised yet. Post announcing the national party, KCR will be hosting a massive public meeting in Karimnagar as a mark of sentiment and then another one in New Delhi.

On the name of the national party, KCR will be seeking the opinion of astrologers. Like TRS (a short name for Telangana Rashtra Samithi), KCR is looking for a shorter name that can penetrate easily into the people.