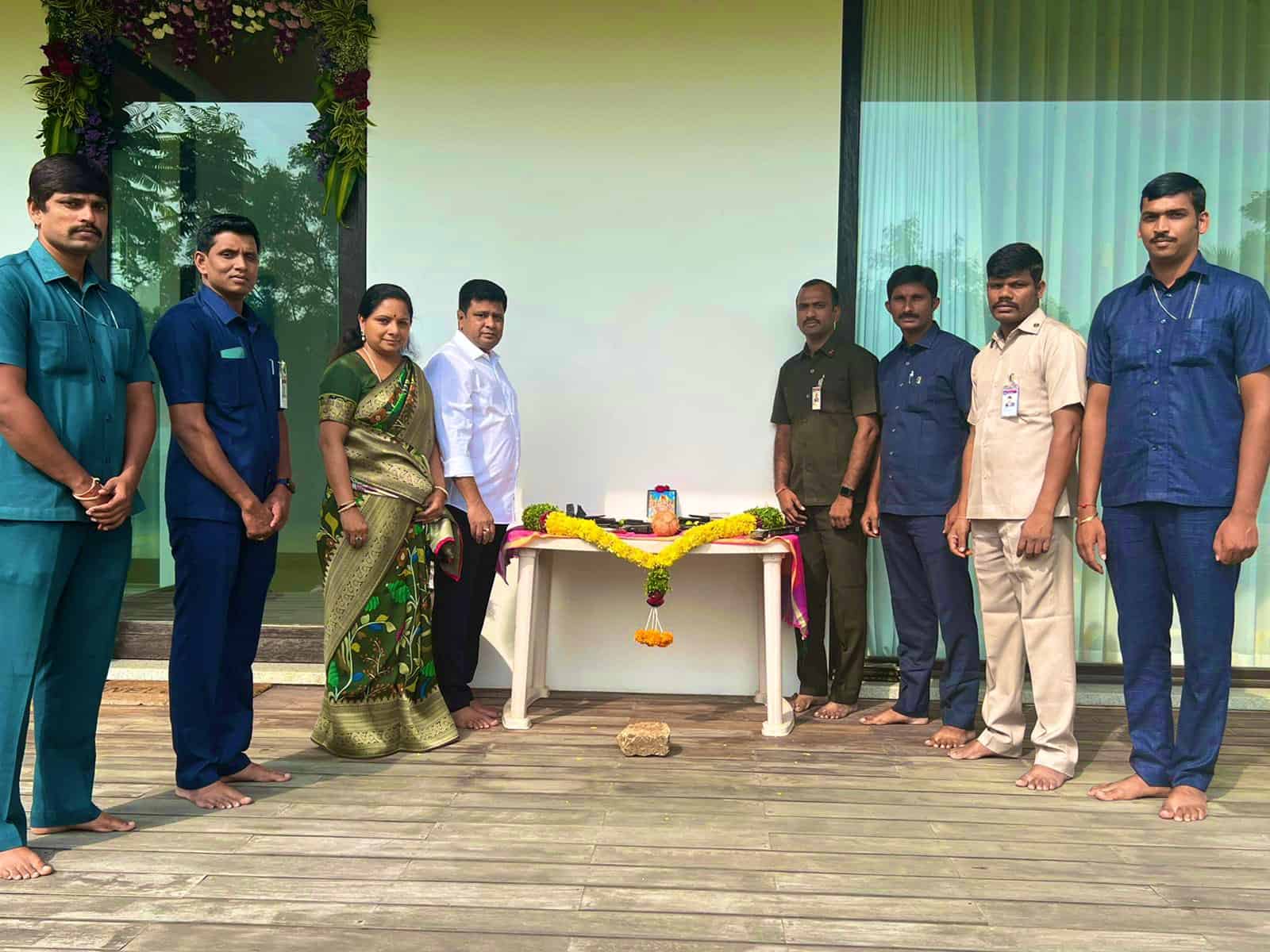 Telangana CM KCR had renamed his Telangana Rashtra Samithi into Bharat Rashtra Samithi (BRS) and it was all over the national headlines. The TRS general meeting held on Wednesday was attended by all MLAs, MPs and MLCs but one person was missing and KCR’s daughter and MLC Kavitha.

Kavitha did not make it to the TRS meeting chaired by KCR and surprisingly no TRS leader talked or mentioned about her in this very meeting. When a few national media tried to get in touch with Kavitha, she reportedly stayed away to comment. Not stopping here, even TRS leaders did not utter a word on her absence and this sparked rumours that all is not well between Kavitha and KCR.

In yet another surprising move is that KCR who announced campaigners for Munugode by-elections, Kavitha’s name went missing. KTR, Harish Rao and women ministers and MLAs were also given in-charge roles to campaign in Munugode but there was no mention of Kavitha.

What could be the reason? For now the TRS insiders are completely tight-lipped about this but Oppositions smells something fishy and are waiting for an opportunity to strike at KCR and BRS.

While this is the drama happening at Telangana Bhavan (TRS office), Kavitha celebrated Dussehra with her family. She even posted a picture on social media and she seem to have ignored what’s happening in T(B)RS.