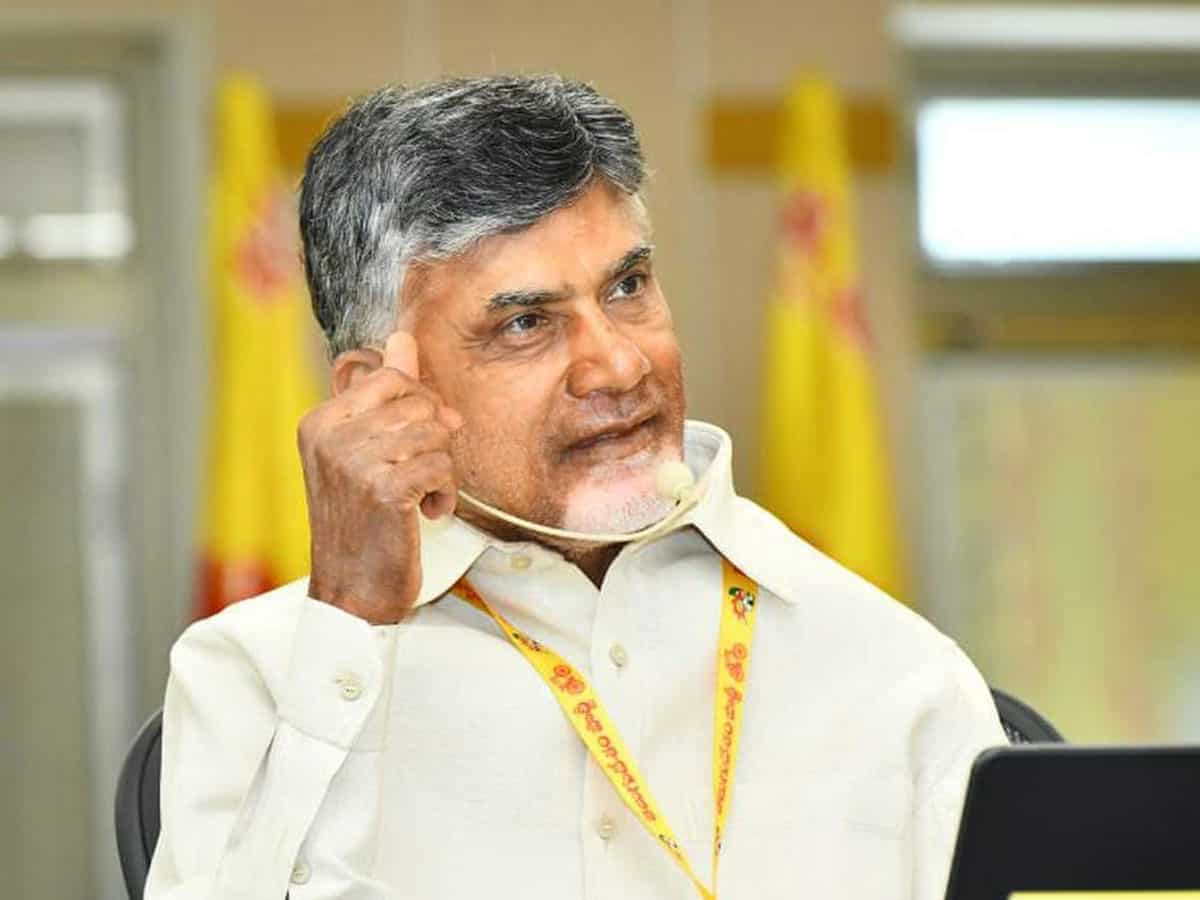 Telugu Desam Party (TDP) supremo N. Chandrababu Naidu has written a letter to the AP government Chief Secretary alleging large-scale corruption in the name of land acquisition for distributing the same as house sites to the poor, under Pedalandariki Illu scheme.

He demanded that orders be issued for a comprehensive inquiry into all the transactions done in the name of Pedalandariki Illu scheme. Only then will people be able to know the frauds and scams the YCP leaders resorted to in the name of welfare schemes.

He urged the CS to ensure that public money was not misused by ordering for an inquiry. The opposition leader also attached clippings of newspaper reports on the purchase of low-lying lands (Aava bhumulu) near Rajamahendravaram in EG district by the YCP government.

He said that it was disheartening to see land being grabbed a section of the poor to be distributed to another section of the poor. Naidu also said the letter that encroaching lands unfit for construction of houses was another crime. He said that buying of marsh lands, low-lying lands and mangroves by the government, which in fact, has to protect them, is the saddening part of the scheme.

He said that the acquisition of land in Burugupudi, Rajanagaram Korukonda mandal in EG district was an evidence to the discrepancies in the land acquisition exercise. He faulted the state government for spending a whopping Rs 270 crore to acquire 600 acres of Aava bhumulu at Rs 45 lakh per acre. To increase the height of the same lands, another Rs 250 crore needs to be spent. He alleged that Rs 500-crore scam occurred in acquiring land only in a part of the state and said that the ruling YSRCP leaders looted maximum money in acquiring these lands.

The Opposition leader said that if the poor construct houses in such places, it will pose a risk to their lives. This will push the poor into more poverty as they will invest a lot in constructing the houses and will remain penniless when the whole effort goes a waste, he explained.

He fumed at the ruling YSRCP leaders stating that they had colluded with the local officials and resorted to rampant corruption, making the state exchequer incur loss. Together, they looted public money, he said.

He said that the YCP leaders paid huge sums to the lands owners under the Land Acquisition and Rehabilitation and Resettlement Act, 2013. He alleged that the YCP leaders have been exerting pressure on the landowners for their share of money as they had made the government buy land costing a pittance at exorbitant rates. The YCP leaders are resorting to new ways of corruption in every sector, he said.

Lands in many Assembly constituencies like Tenali, Vinukonda, Kavali, Palacole, Pendurthy, Chodavaram, Addanki, Penamaluru have been acquired in the same manner. The price of land has been jacked up when the government entered the scene and opted to buy the lands which are not having much value, Naidu said in the letter.

He asked the government why should it buy land unfit for construction of houses at an exorbitant price.

The Opposition leader lamented that lawlessness has become the order of the day under the YCP rule in the state as the party leaders themselves were treading in the illegal path.