#250DaysOfAmaravatiProtests: One State One Capital 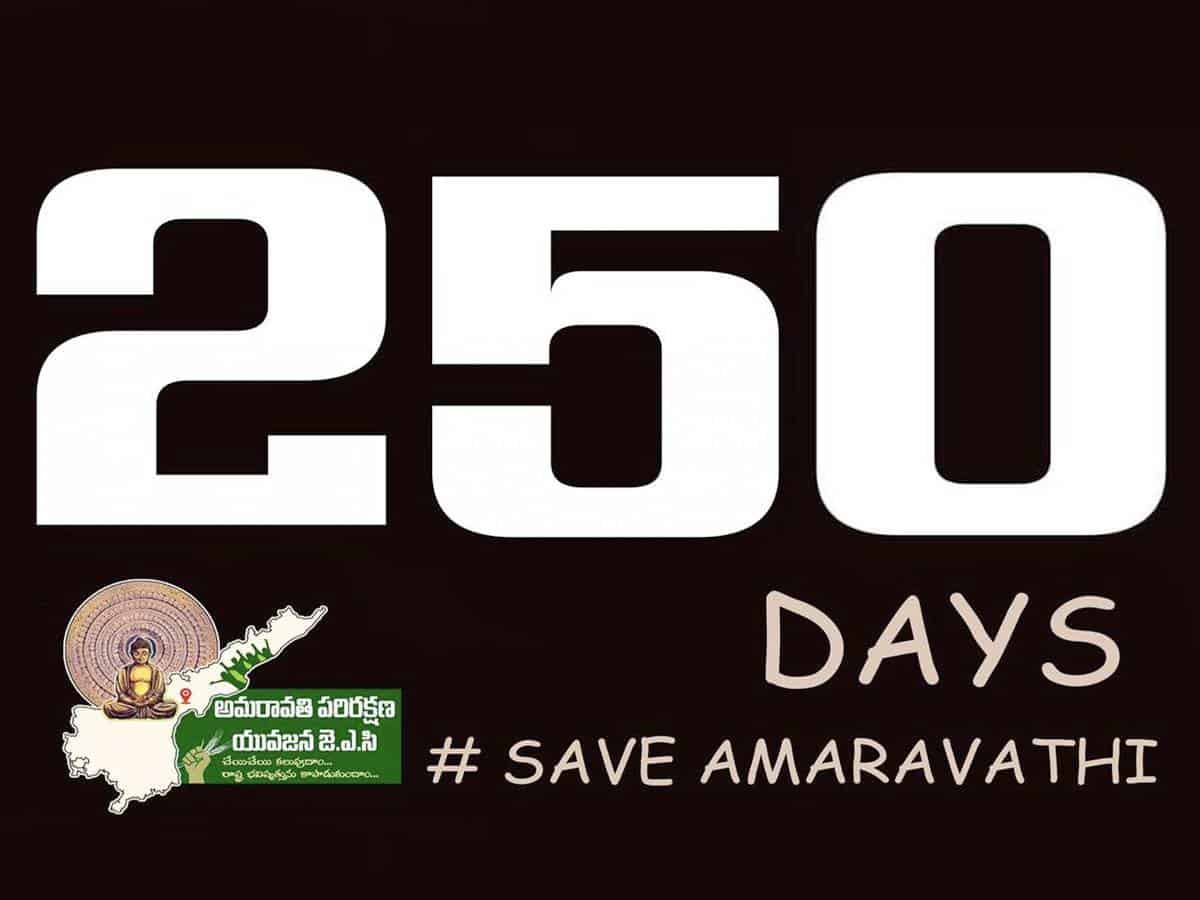 As many as 250 days have passed since the Capital region farmers have been on the warpath demanding that Amaravati be declared as the lone capital of Andhra Pradesh. The BC, SC and Dalit farmers and women took to the streets following Chief Minister Y.S. Jagan Mohan Reddy’s announcement hinting at trifurcation of the capital.

In the Assembly, he said that establishing the Legislative Capital in Amaravati, Executive Capital in Vizag and Judiciary Capital in Kurnool would ensure decentralisation of development and also said that as building a world-class capital in Amaravati would entail an expenditure of Rs 1 lakh crore, he preferred to have a developed city like Vizag as the executive capital, where a little investment would reap huge benefits.

On the Judiciary Capital, he said that he was planning to shift it to Kurnool as promised by him during his Sankalpa Yatra.

Meanwhile, online surveys held by various websites and on Socialmedia have been polling more votes for “1 state-1 Capital” slogans. It seems the people are also preferring only one capital for Andhra Pradesh than go for decentralisation of governance through trifurcation of the Capital.

Jagan’s proposal has been opposed not just by the farmers and women but by all the Opposition parties in the state. They have been supporting the farmers in their fight for justice. However, the BJP has been playing a double game on the issue with a few of its leaders supporting the Amaravati cause while a few others defending Jagan’s argument openly.

On the other hand, other states like Chattisgarh and Tamil Nadu are also hearing to voices demanding two and three capitals. Amidst this cacophony, the BJP-led NDA took a stand that the Centre has no role to play in deciding the capital by filing an affidavit to this effect in the AP High Court.

The protesters made it clear that their agitation will continue till a clear statement was made on the Capital. As part of the Ranabehri, the Amaravati JAC planned special programmes like clanging vessels, beating drums at all the protest camps. The farmers will also enact stage shows on “Aalakinchu Andhruda Bajarunapadina Badugu Bratukulu” and “Dagapadda Dalita Bidda” during which they will make the people know of the injustice done to them. They will pour out their woes before the 5-lakh Andhra people.

The protesters will also go for “Bhikshatana” seeking the support of the people in their fight for justice. In the evening, a torch rally will be held at each protest abiding by the Covid protocols. The protests will be held under the banner “Aidu kotla Andhrula Velugu”.

In the wake of these protests, security has been tightened at Amaravati and police made it clear that people will be allowed to enter into the villages in the capital region only after producing the ID cards. All the vehicles are also being checked thoroughly at the barricades erected on the roads leading to the villages.

Moved by the cause of the protests 93-year-old lawyer Parasaran, who argued for the Hindus in the Supreme Court, in connection with the Ram Janmabhumi case, said he would also argue in favour of the Amaravati farmers. When they told him about their inability to pay him much, the renowned lawyer said he would charge only Rs 1 from them for arguing in their favour.