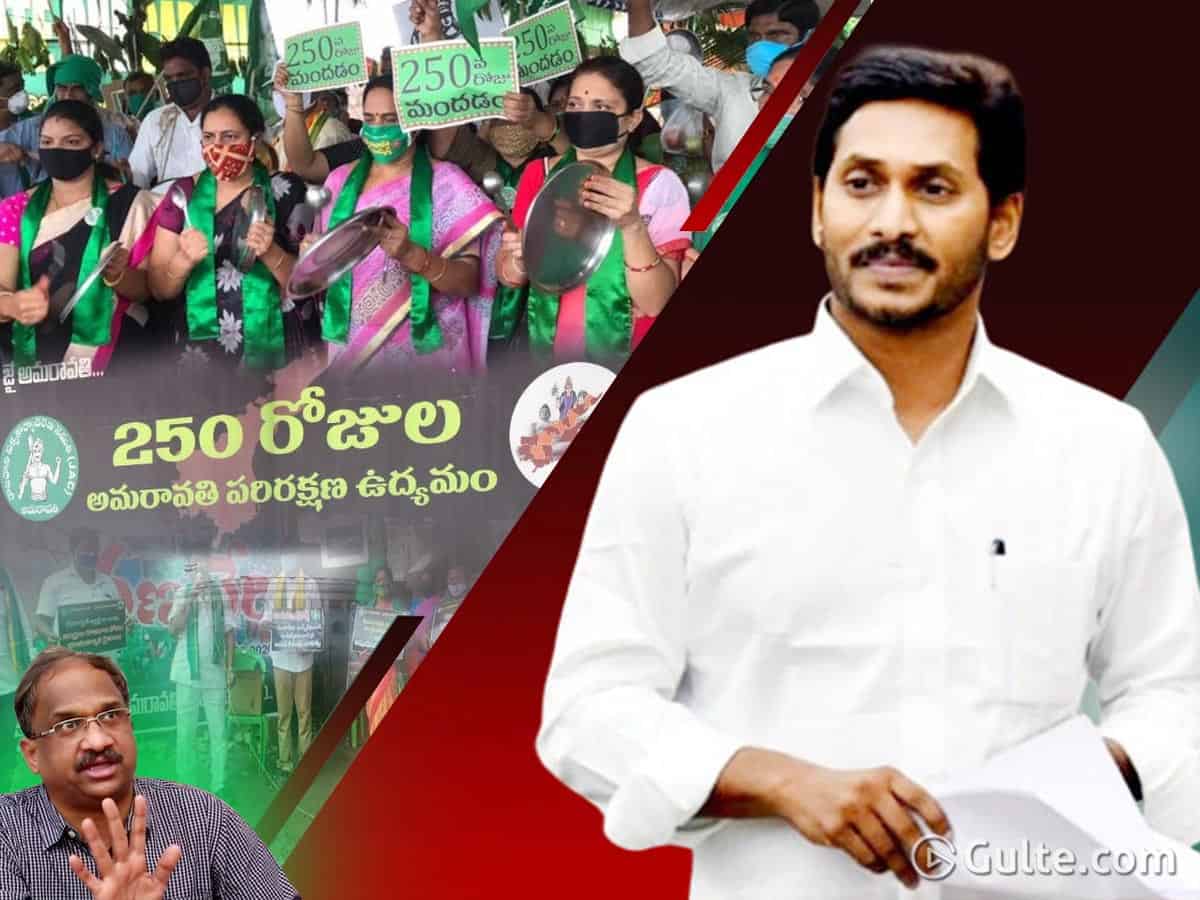 The movement for preserving Amaravati completed 250 days. This struggle opposing YS Jagan Mohan Reddy’s ambitious three capitals bill has its share of successes and limitations. The occasion is a right time to take stock of.

Firstly, the struggle of Amaravati farmers succeeded in keeping the issue live on the political agenda. The movement had launched the legal battle too. Though , the legal relief could not be obtained, the farmers succeeded in stopping YS Jagan government from moving the executive capital functions to Visakhapatnam as the High Court issued a status quo orders and the Supreme Court refusing to vacate the same.

Despite repression and character assassination tempted by the ruling dispensation, the farmers of capital region could sustain their momentum. Even the pandemic could not deter their spirits.

Barring the ruling YSR Congress, every other party in the state support the cause of Amaravati farmers. Though the central government officially clarified that it has no role to play in the choice of the capital, the BJP that rules the centre has committed itself to the demand to retain Amaravati as the capital. However, the BJP is politically in favour of locating High Court in Rayalaseema region, a long standing demand that enjoys widespread political support independent of the current controversy over three capitals.

However, the movement for Amaravati has its short comings too. Despite protesting with Prime Minister Narendra Modi ‘s portraits in their hands, the Amaravati famers failed to enlist centre’s support in this regard. Their hopes of centre coming to their rescue have almost shattered. But, they still hope for a judicial redressal.

Notwithstanding the larger political support for the demand, the Amaravati movement is more or less sponsored by the TDP whose government has authored the green field capital. It would have been difficult to sustain this movement so long both organizationally, financially and even politically without TDP playing an instrumental role. However, the feeling of TDP hijacking the movement could alienate a large sections of society outside Amaravati to rally in favour of preserving the idea on the Krishna coast. The Luke warm support from other political parties like BJP, Janasena, Congress is also largely attributed to the perception that the movement is essentially run by the supporters of TDP. This led to political polarization for and against Amaravati.

Though the protagonists of Amaravati want us to believe, the fact is that the demand failed to catch the imagination of entire state. There may be sympathy for the cause. But, a state wide movement could not be built around the demand for unified capital.

The YSR Congress counter campaign accusing of favoring certain sections through Amaravati model had its impact too at least to a certain extent.

Meanwhile, the leaders of the Amaravati JAC have been taking an open political position against YSR Congress. Some of them are even trying to bring in other extraneous demands like Ram Temple. Such positions will not in any way help the cause of the farmers who are the biggest losers due to YS Jagan ‘s three capital policy. The judicial outcome will decide the fate of the Amaravati struggle as the political resistance to YS Jagan seems unlikely.