Jockey Walks Out Of AP! 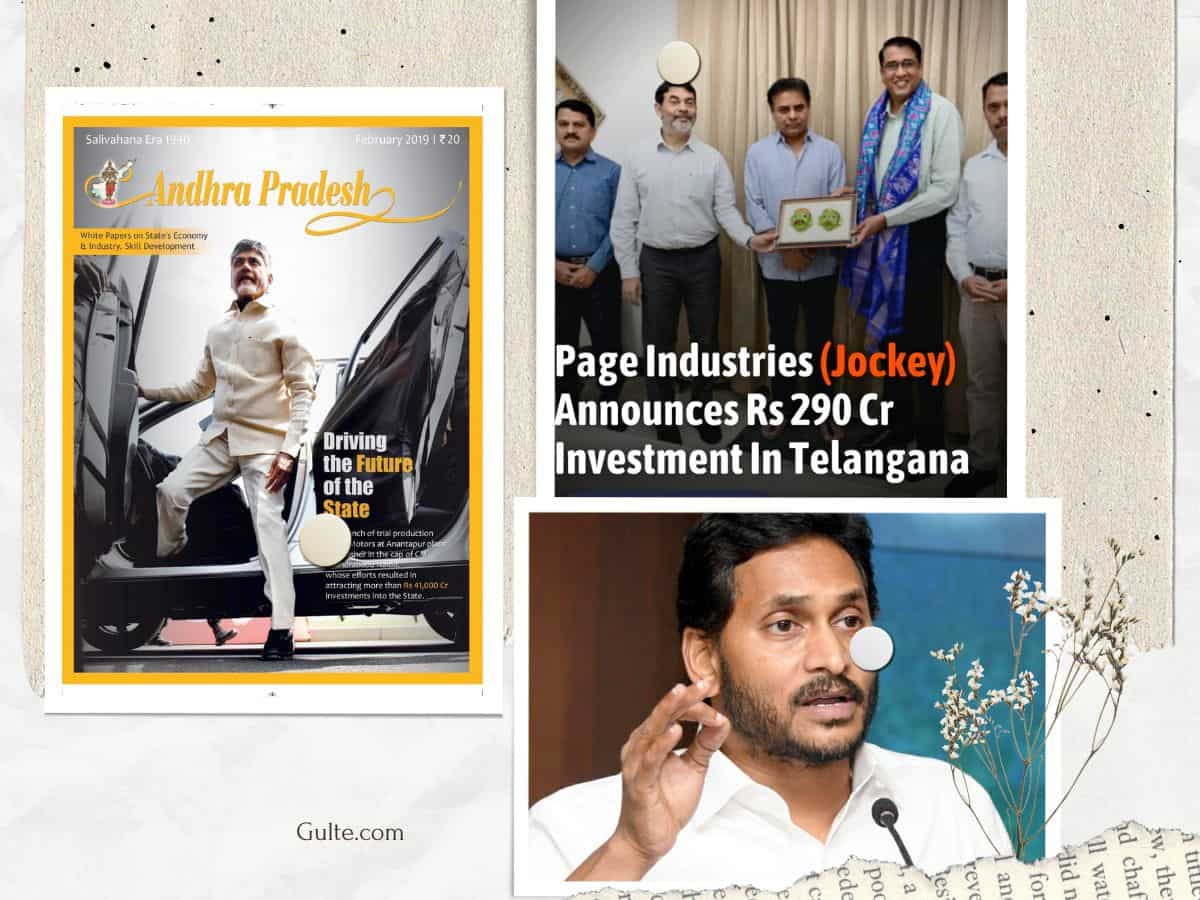 Five days back Telangana IT minister KTR announced yet another investment to the state. Page Industries that is specialised in inner wear with the brand name Jockey will be setting up garment manufacturing factories and the investment is worth Rs 290 crore. It is likely to provide employment to 7000 people.

In a big revelation, this investment was proposed in AP five years back. In 2017, the then AP government allotted 27 acres of land in Anantapur district’s Raptadu through APIIC. By the time of land allotment formalities came to a conclusion, Andhra Pradesh went into general elections. With the change of government, Page Industries apparently found it tough to move forward with their investment proposal worth Rs 129 crore because of a local public representative. He reportedly demanded half of his political investment worth Rs 20 crore during the elections as commission.

Besides this the ruling party leader reportedly summoned the Page Industries to grant sub-contracts to his close associates and also employment to those recommended by him, else the consequences could be severe. Page Industries reportedly knocked the biggies in the state government against the local public representative.

All the attempts went in vain and vexed up with this double-trouble, Page Industries secretary has written to AP Industries ministry Principal Secretary Murugesan on December 3rd, 2019, that they would want to return the land to the state government and withdraw their investment proposal.

With this news hitting the media, TDP chief Chandrababu Naidu fumed over the YCP government. “Our state is an example of how the results will be if the rulers are monsters. Why are the industries sanctioned by the TDP government for Rayalaseema walking out? Who drove the investments away? Who ran after the companies for commission? Aren’t they traitors of the Seema region?” questioned Chandrababu.

Page Industries expected to provide employment to at least 6000 people in Anantapur and planned to set up manufacturing units in three phases using advanced machinery from Japan. AP missed a golden opportunity but driving away investment like this, is a serious concern. The YCP government needs to introspect about their leaders’ ‘commission’ deals with companies who wish to invest.