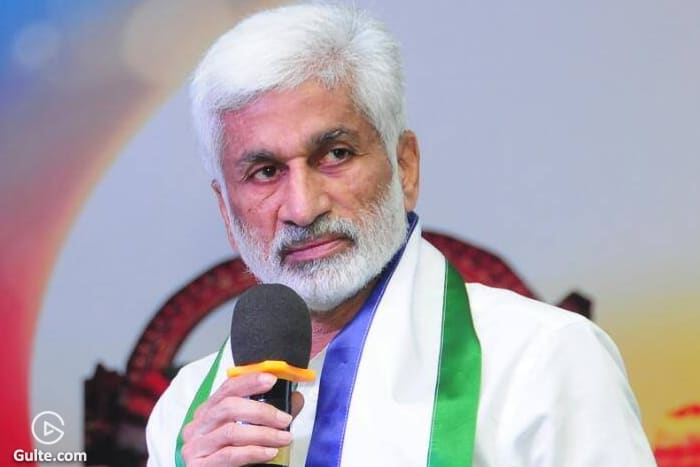 In a strange incident, YCP Rajya Sabha MP Vijayasai Reddy’s mobile phone has gone missing and the police have launched a probe upon the complaint by his personal assistant (PA) Lokeshwara Rao.

Going into details, this incident happened on November 21st and noticing that the phone was nowhere to be seen, Vijayasai’s PA approached the Tadepalli police. The police revealed just one detail that it is Apple company’s iPhone but did not disclose the number and IMEI specifications. For now the police are unsure whether it is stolen or misplaced anywhere.

From YCP sources we hear that Vijayasai maintains at least three to four phones and the one that was lost is mostly handled by PA Lokeshwara Rao. Being a high profile personality’s phone, the police swiftly swung into action to trace the whereabouts of the missing phone. But there is something fishy in here.

TDP MLC Nara Lokesh sensed the same and he wondered how come the phone went missing all of a sudden. “Yes I agree that it’s a valuable phone. More than the brand the phone is made of, the phone has many details of Vijayasai’s illegal activities in Vizag be it land grabbing or settlements or may be the links to the Delhi liquor scam,” said Lokesh.

TDP leaders suspect that Vijayasai’s phone got lost after Sarathchandra Reddy was arrested by Enforcement Directorate in connection with Delhi Liquor scam. “The phone might have financial transaction details involving Vijayasai, Sarathchandra Reddy and CM Jagan. So the phone might have been deliberately hidden or thrown away to escape from the ED clutches,” said TDP leader Jawahar.

Will the police be able to trace Vijayasai Reddy’s phone? The AP police have to prove themselves now!