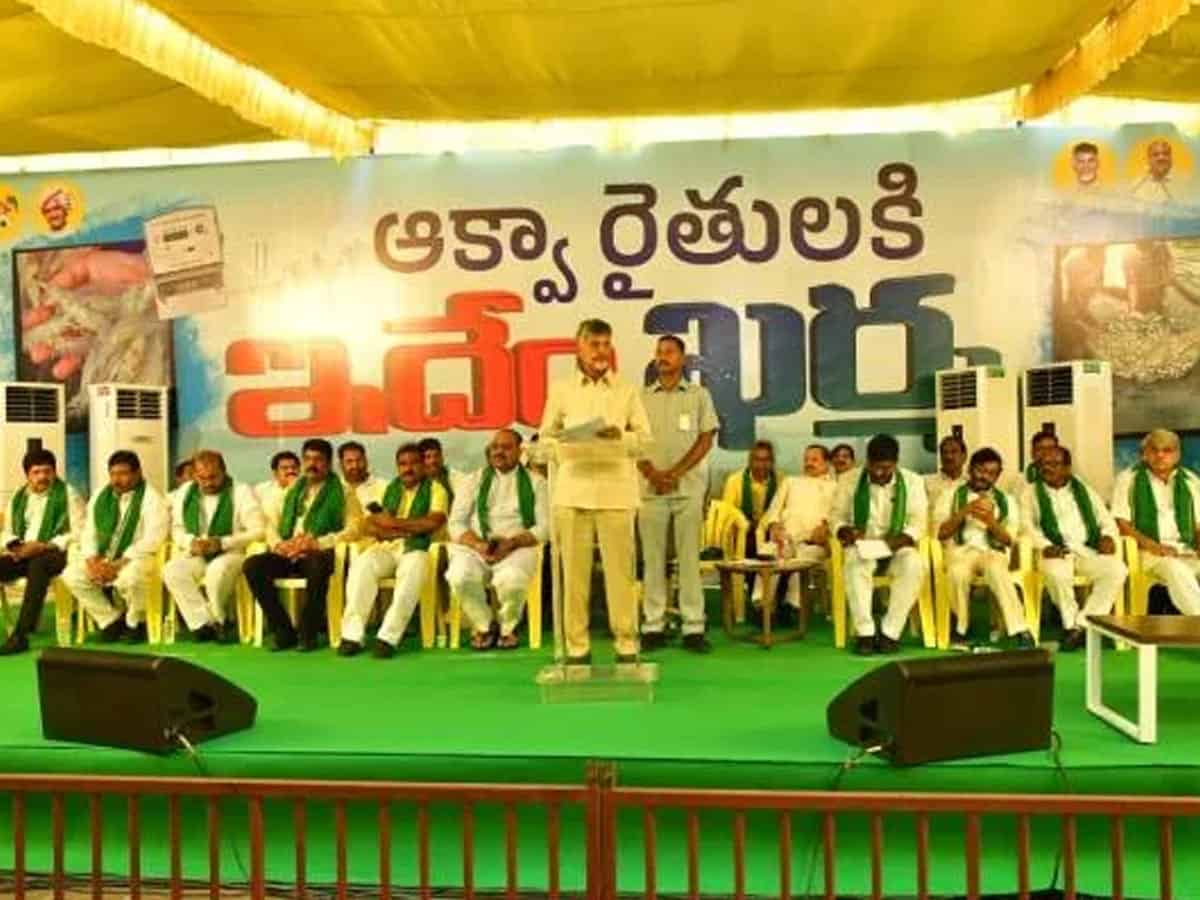 With last week’s road rally in Kurnool, TDP chief Chandrababu Naidu has kicked off the election campaign for the 2024 polls. Like never before Chandrababu has lined up various tours across AP and on Thursday he took part in the Aqua Farmers Conference and in this meeting, he made his first poll promise.

“If voted to government, I promise to provide electricity at Rs 1 per unit to Aqua farmers,” announced Chandrababu. This is indeed a big promise and has been well received by the farming community. We must say Naidu’s promise is a super hit.

East and West Godavari districts have huge potential for aqua farming. This farming community can influence large number of vote share in the these two districts. When TDP formed the government in AP in 2014, the electricity was priced at Rs 4.86 per unit. Then CM Chandrababu cut down the price further and brought it to just Rs 2 per unit.

However, current CM Jagan promised to provide electricity at a much cheaper price. But the YCP government introduced zone systems and the benefit of cheaper electricity is available to just 20 percent of the aqua farming community.

Chandrababu has seen an opportunity here. Moreover East and West Godavari districts political equations play a significant role in formation of the state government. Having graced the Aqua Farmers Conference, he took the opportunity to announce electricity price at Rs 1 per unit and the aqua farmers hailed Chandrababu’s promise.

This can be called a big and bold decision by Naidu and it can show a reasonable impact during the polls, if the aqua farmers are convinced and trust Naidu’s declaration.