Congress Missing The Woods For The Trees – Prof K Nageshwar 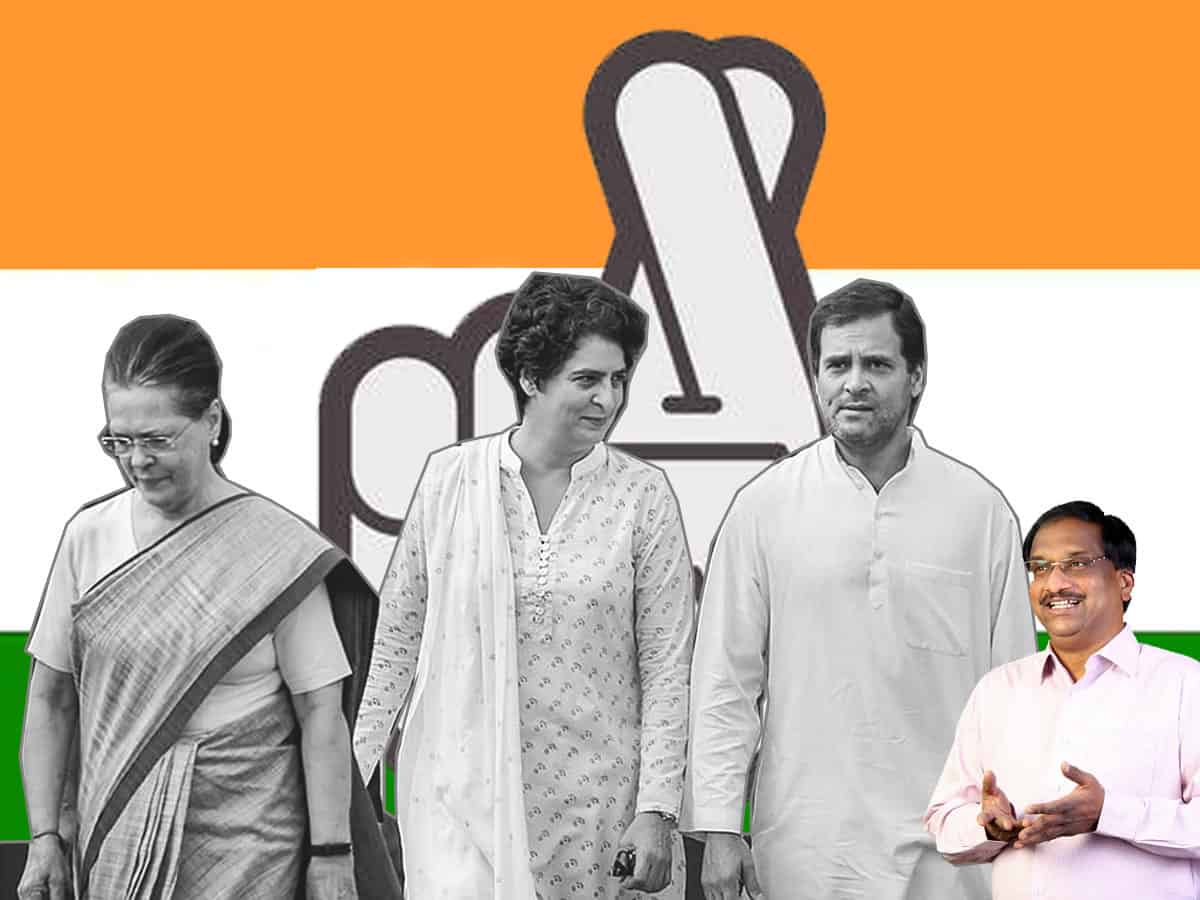 The congress passed through the storm in the tea cup with the party working committee yet again deciding to continue Sonia Gandhi as interim chief. The letter written by group of party leaders has only stirred up politics for a day, refocusing attention on the grand old party, of
course, for a wrong reason.

At the outset, the content of the letter failed to make a honest introspection on the plight of the party. The leaders who are making a halla bol over the state of affairs in the party do not acknowledge the fact that they are the part of the problem and cannot portray themselves as critiques and crusaders.

Besides, the letter only raises few questions leaving the core ones. The leaders who are described as dissenting voices by the adversarial media, have only called for full time active party president and organisational elections. Surprisingly, many of them are in fact the beneficiaries of lack of internal democracy in the party.

The root cause of the problem stems from the congress inability to sustain the party especially when it is out of power. The congress is a party built upon a promise of sharing fruits of power. Therefore it finds it difficult to keep its flock together while in opposition, especially after disparaging performance in two successive elections, that too, braving an adversary like BJP which practices cold blooded politics.

Ideological coherence should replace promise of power to keep congress afloat without going adrift. On the contrary, the congress has been moving away from the core principles it stood for all these years. The congress has been an umbrella political force under which diverse sections of India’s pluralistic society nursed and nurtured their political ambitions. Despite serious erosion the congress at least philosophized constitutional vision of egalitarian economics and secular politics till recent past. But, its embrace of neo-liberalism in economic policy alienated the party from large sections of disadvantaged, deprived, disenfranchised sections of society.

In a bid to compete with BJP’s politico-religious doctrine, the congress pursued soft hindutva resulting in several sections that remained its core support base in the past to abandon the party. Its inability to accommodate and encourage strong regional leaders with robust grass root connect has further contributed to its slide. The party’s own experience in Punjab, Rajasthan and to an extent in Karnataka reveals the importance of strong state level leadership. Seniors who have little or no popular base getting entrenched into the congress organisational apparatus incapacitated the party from experimenting with new and young leaders.

Finally, the Gandhi family proved to be an asset and a liability to the party. It is an asset as it remain the unifying force for everyone to converge. It is a liability as the politics of dynastic succession prevented the evolution of natural leadership.

The congress has to reinvent itself. The nation needs congress more than it needs itself. A vibrant opposition is critical for a vibrant democracy. Congress cannot forego this historic opportunity to rediscover itself by missing the woods for the trees.