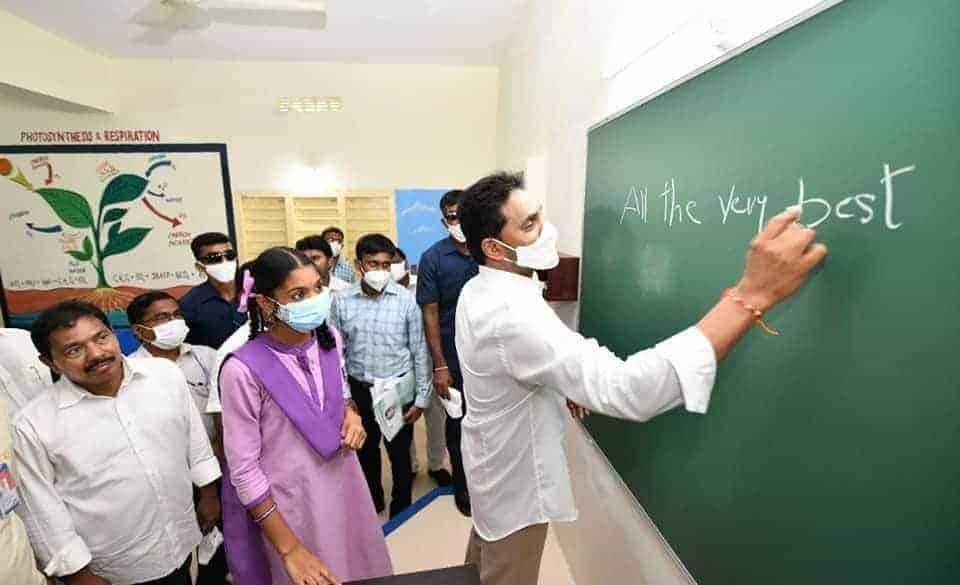 The YS Jagan sarkar will soon take a major decision to address the long-pending demand of the government teachers in the state. A new G.O. will soon be implemented which will keep the teachers away from all government related works and limit them to just teaching in their schools and colleges.

In a way, this new service rule will be a first of its kind in the country and it should be wholeheartedly welcomed by the teacher’s community, which is miffed by the Jagan government. However, here’s the masterstroke pulled off by Jagan which will again leave the teachers at the receiving end. This new G.O. will also keep the teachers away from the crucial election duties.

Usually, teachers play a crucial role in handling the voting process during general elections, starting from examining the voter’s list to the smooth functioning of the polling process. With his latest masterplan, Jagan will evade the severe anti-incumbency among the teacher’s community. With no teachers, there will be no hurdles for Jagan in the upcoming polls.

Ever since YS Jagan became the CM in 2019, the teacher’s community in Andhra Pradesh has been facing several hardships. At one point, the government was not in a position to even pay the monthly salaries to the teachers. Last year, the Teacher’s JAC had even carried out a massive protest against the government in Amaravati.

Adding to this, even the newly introduced facial and biometric attendance system has witnessed a strong opposition from the teachers, but they have been silently obeying the government’s diktat all these days. Jagan cleverly understood this burning anger among teachers and took the latest decision to keep them away from his victory in 2024.

It is well know fact that teachers play crucial role twice in defeating the then CM Chandrababu Naidu in 2004 elections and in 2019 elections.