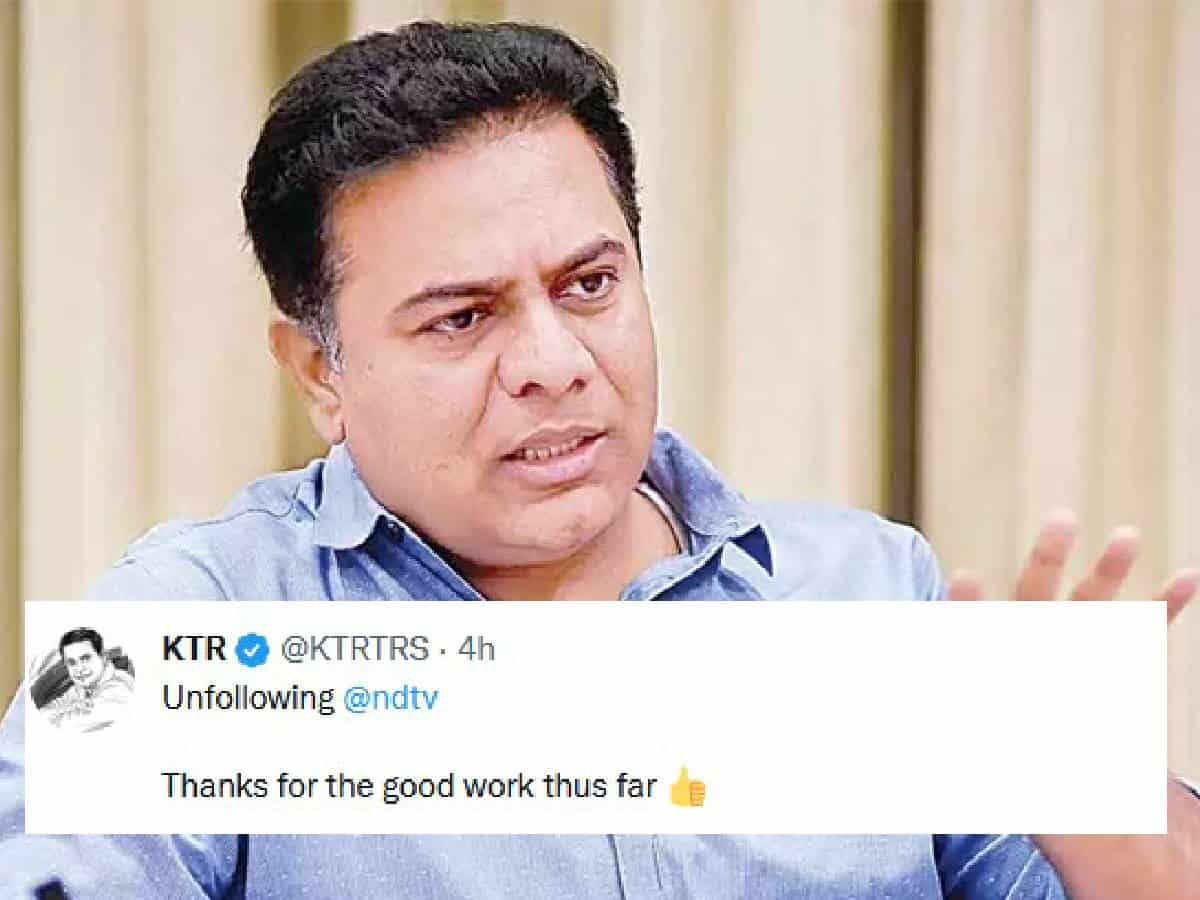 Telangana Minister KT Rama Rao looks slightly annoyed after the popular news channel NDTV was taken over by Gautam Adani. Mentioning in a tweet, KTR said that he is unfollowing NDTV and wrote, “Thanks for the good work thus far.”

The NDTV, which is known for its primetime news debates bringing burning issues across the country to the fore, was acquired by the Adani Group. Apparently, journalist Prannoy Roy and his spouse Radhika Roy put their papers as directors. Now that the media company went into the hands of Adani, it is evident that the channel inevitably became the mouthpiece of the BJP government. The incident sends out a feeling that the media company NDTV which has amassed the trust of people with its anti-BJP stance might slightly lose confidence in the days to come.

Meanwhile, a few BJP leaders retweeted saying that there is no surprise in KTR’s tweet. The NDTV had been airing programmes in support of the Telangana government and has been part of the process. KTR and his family has put in money into NDTV to get the work done. Thus a series of programmes have been telecasted since April this year in partnership with the Telanagana government. NDTV social media handle too would tag Kalvakuntla Kavitha in every tweet. It’s no surprise that KTR has unfollowed NDTV after NDTV was taken over by the Adani Group, countered the BJP activists.

TRS Supremo K Chandrashekar Rao made serious efforts to influence national politics in Delhi. Thus he changed the party’s name to BRS (Bharata Rashtra Samithi). Now with the NDTV going into the hands of the ruling BJP, the local parties like TRS seemed to have been left voiceless.

Video Of The Day: