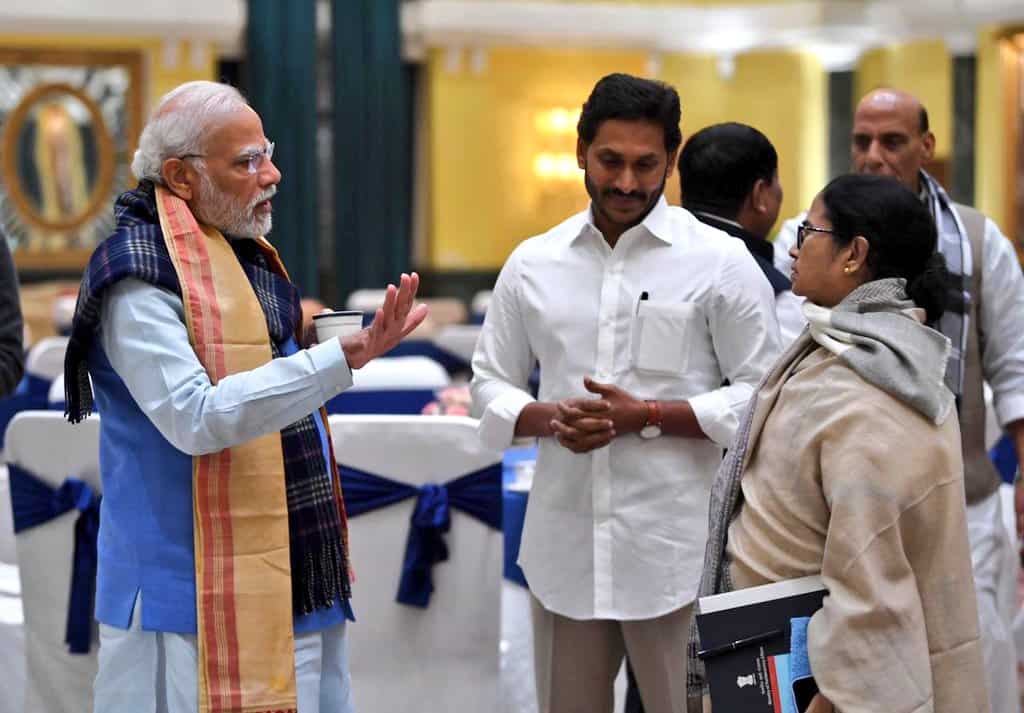 PM Narendra Modi has reportedly asked AP CM Jagan about his sister and YSRTP president YS Sharmila and her recent detention in Telangana by the police during her protest.

Sharmila’s convoy was attacked by local TRS leaders which damaged her car and the bus in her convoy. Narendra Modi asked Jagan about Sharmila to which CM Jagan left red faced. Jagan reportedly didn’t expect the Prime Minister to refer to the incident.

It is once again clear that PM Modi is keeping a tab on politics in South, particularly in the Telugu states. Sharmila is waging a lonely battle with the Telangana state government against CM KCR and his rule.

Sharmila is leaving no stone unturned in troubling KCR government and became a harsh critic. Modi wants BJP to expand in Telangana and seems to be looking Sharmila as a potential ally.

There are some media reports that PM Modi had also called Sharmila to enquire about the sad incident where she along with her car was pulled off by the police and was arrested.

Sharmila was on the way to CM KCR’s official residence and workplace Pragathi Bhavan to report to him about attack of his party leaders on her convoy. Cops arrested her and it led to chaos. Sharmila and Jagan’s mom YS Vijayamma wasn’t allowed to meet Sharmila in police station and she had sit on hunger strike.