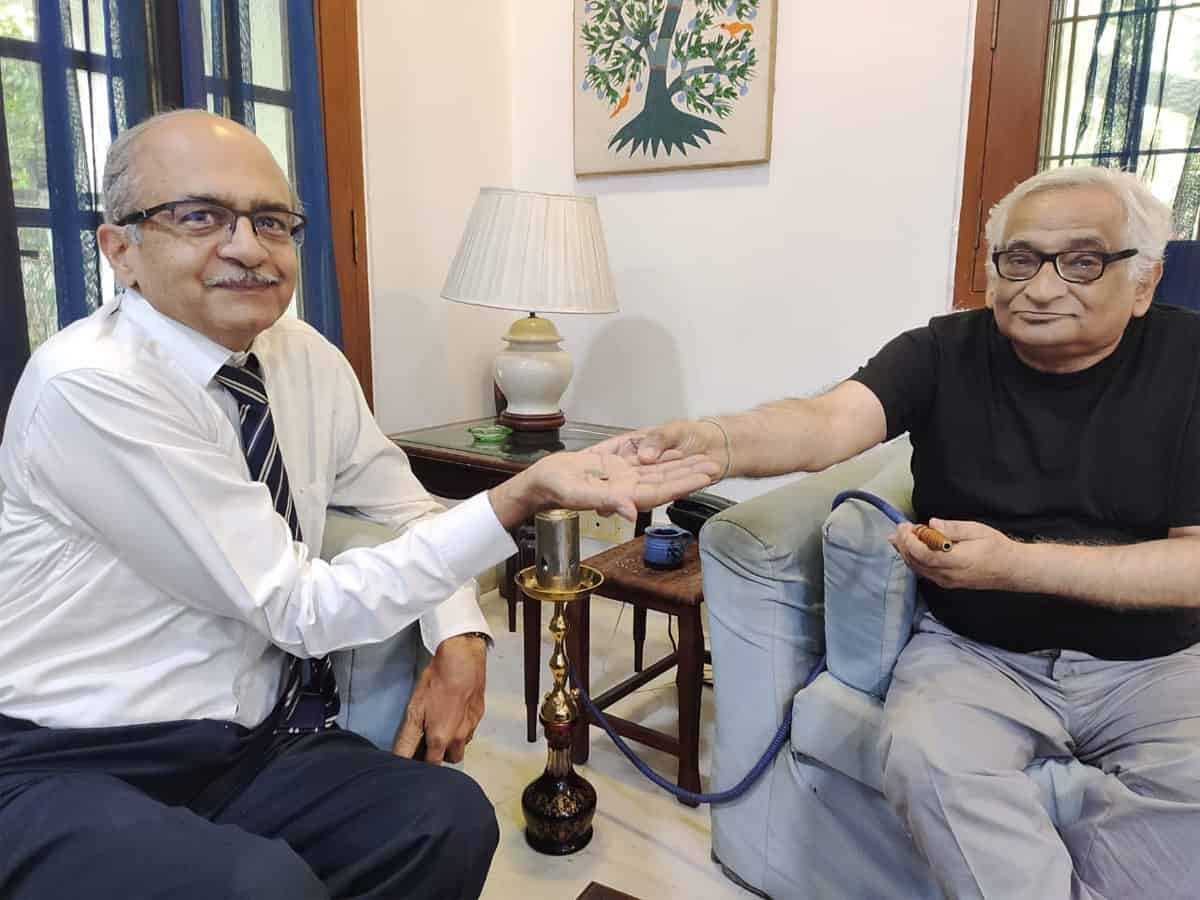 Lawyer-activist Prashant Bhushan, who was held guilty for his tweets against the judiciary, including Chief Justice of India S.A. Bobde and the Supreme Court, has been fined Re 1 by the apex court.

In case he fails to deposit the fine by September 15, the lawyer-activist will have to undergo jail sentence for three months and will be debarred from practice for three months, the Supreme Court said on Monday, as it pronounced its verdict on the contempt case.

To this, Prashant Bhushan Prashant Bhushan, photographed holding up a Re 1 coin, announced at a press conference: “I propose to submit to the order and respectfully pay the fine.” He said he had always believed the Supreme Court is the “last bastion of hope for the weak and oppressed” and that he never intended to hurt the judiciary, but wanted to express his anguish on a “deviation from its record”.

Bhushan was convicted by the SC earlier this month for contempt of court over his two tweets against the judiciary. Bhushan had repeatedly rejected suggestions from the court for an apology, saying it would be contempt of his conscience. He also said that what he expressed represented his bona fide belief which he continued to hold.

Following these remarks, Bhushan’s advocate and senior lawyer Rajeev Dhavan had urged the Supreme Court to show “judicial statesmanship” and not make Bhushan a “martyr” by punishing him for contempt over his tweets criticising the judiciary.

On August 1, the Supreme Court had held Bhushan guilty of criminal contempt for his two derogatory tweets against the judiciary, saying they cannot be said to be a fair criticism of the functioning of the judiciary made in the public interest.

On August 25, Dhavan had suggested that the top court recall the August 14 verdict convicting him for contempt of court and not impose any sentence. He urged the court not only to close the case but also to bring an end to the controversy.

Attorney General K. K. Venugopal requested the court to forgive Bhushan with a message that he should not repeat this act.

The bench, comprising Justices B.R. Gavai and Krishna Murari, had given 30 minutes to Bhushan to think over on withdrawing his statements made in the court and said he made “disparaging remarks against the institution and the judges”. However, Bhushan did not tender an apology.