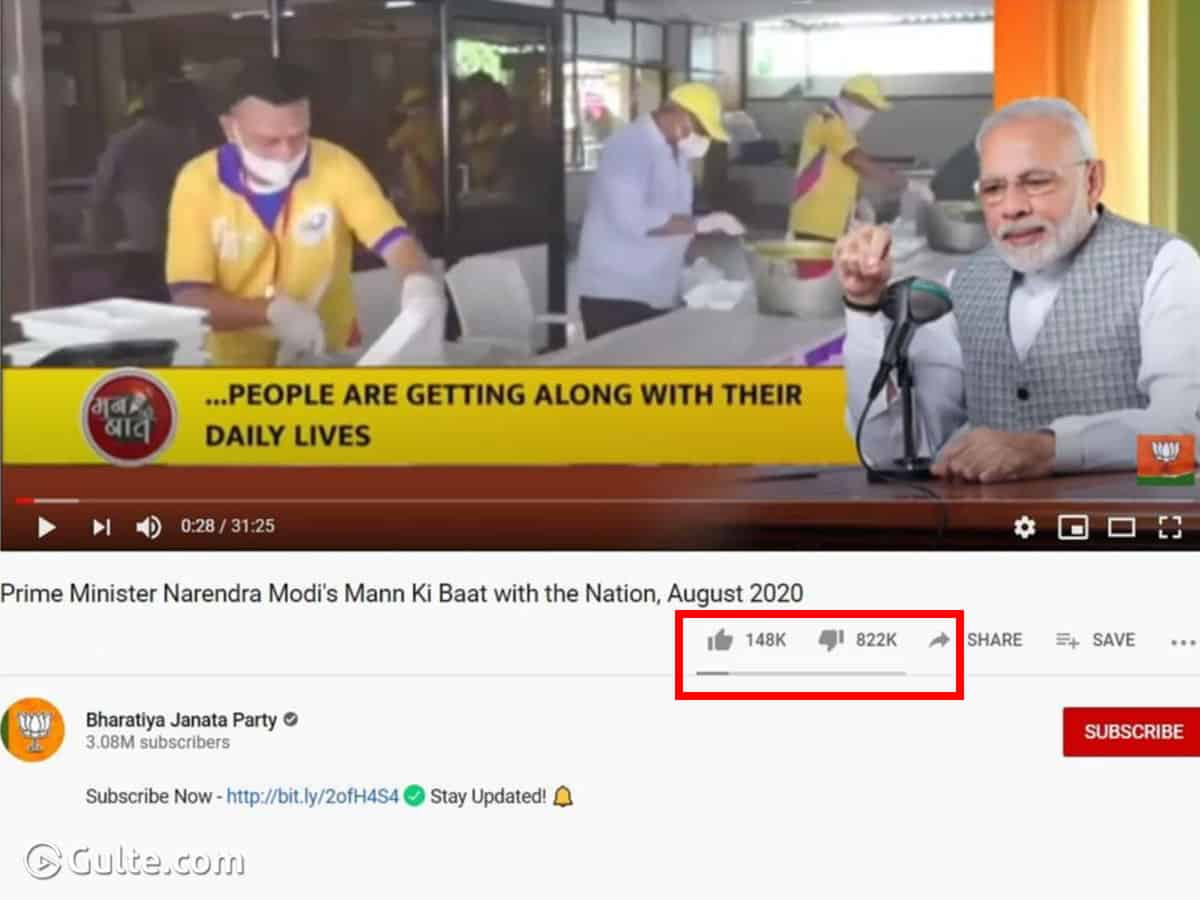 Prime Minister Narendra Modi’s latest edition of ‘Mann ki baat’ video evoked most dislikes like never before. It is a monthly radio programme through which Modi addresses the nation. The video of the 68th edition of the programme which was uploaded by the BJP on its official YouTube channel garnered 8.5 lakh dislikes so far.

There is buzz in social media that the dislikes were mainly from the students, who were disappointed with the government when it refused to postpone the NEET/JEE exams in view of the pandemic. It is being said that the students expressed their resentment by registering dislikes to Modi’s video and the comments posted below the video support this argument.

A majority of the comments below the video opposed conducting the exams as per the schedule without heeding to the students’ demands. The students even moved the apex court seeking postponement of the NEE/JEE exams but the court rejected the plea, despite increasing number of Covid-19 cases across the country.

Meanwhile, from today, JEE (Mains) exams are being conducted across the country.

At the same time, Modi also stressed on ‘time to get vocal for local toys’. He urged the start-ups to ‘team up for toys’ which will also be a push for ‘Aatma Nirbhar Bharat’.