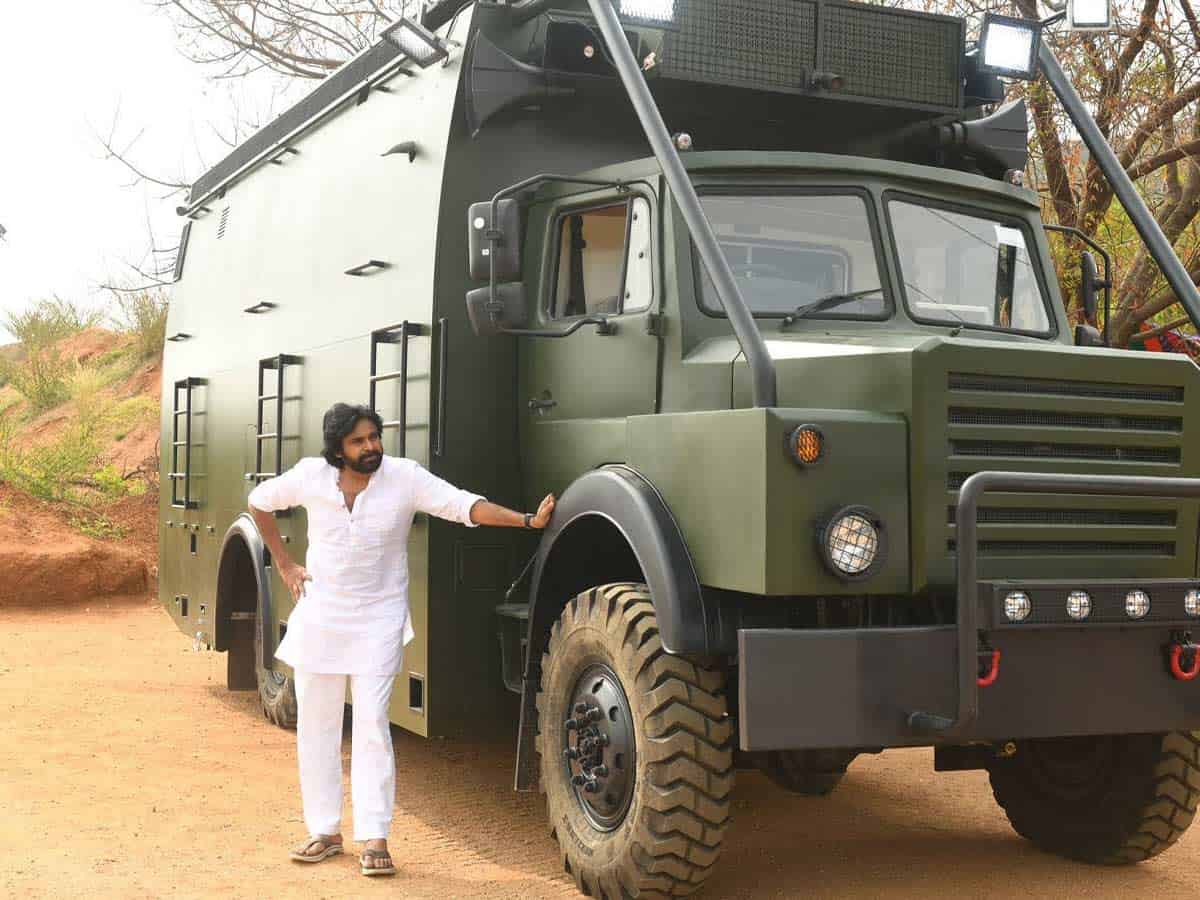 Janasena chief Pawan Kalyan is all set to do some special pooja for his campaign vehicle Vaarahi. Pawan is enroute to Kondagattu in Jagityal where he will take blessings of Lord Anjaneya and conduct special pooja. Several Janasena leaders and Pawan’s followers have reached Kondagattu along with Pawan’s convoy. Pawan would reach Kondagattu temple at around 11 AM. Temple authorities have been informed of Pawan’s visit where they would welcome him formally. The priests will perform pooja for Vaarahi and launch the vehicle formally.

After this, Pawan is going to meet some key Telangana leaders at a resort in Nachupally of Kodimial Mandal in Karimnagar. From there, Pawan would visit Dharmapuri Lakshmi Narasimha Swamy temple where he would begin his Narasimha Anushtup Yatra. As part of this yatra, Pawan would visit all the 31 Narasimha Kshetras over a period. After successfully conducting pooja at Dharmapuri, Pawan would return to Hyderabad.