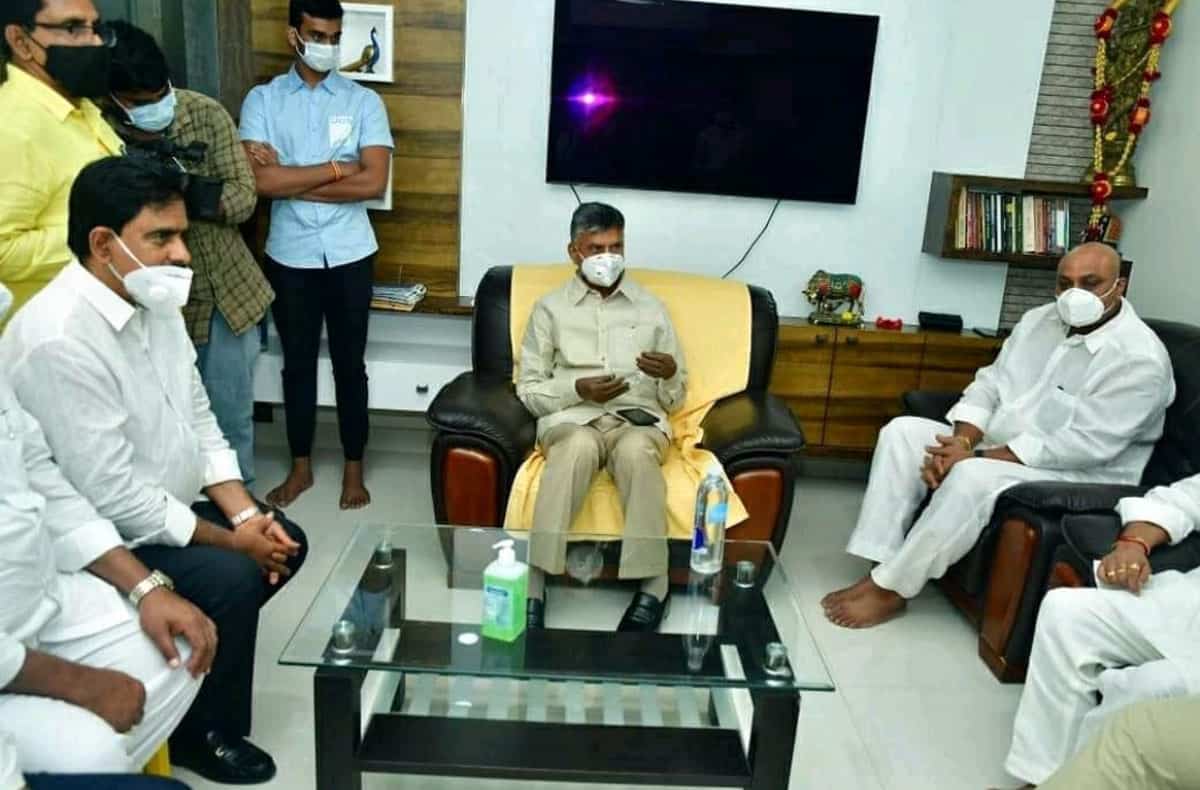 Chandrababu Naidu spoke to the press after meeting the two leaders. The TDP chief condemned the attacks of ruling party against the TDP leaders and the common public. He called the suffering of good and innocent individuals like Atchannaidu and Kollu Ravindra as an example of how the rule would be under the evil and anarchic.

The TDP chief ridiculed the government’s act of putting Atchannaidu behind the bars just based on a piece of letter evidence and troubled him in the most inhuman way while he was already suffering from health issues. Chandrababu mentioned how Atchannaidu had to suffer from coronavirus and how he had to undergo a second surgery after being made to travel 600 km continuously.

Chandrababu spoke about Kollu Ravindra and condemned his arrest as well and rubbished the filed cases based on just a phone call.